The Northern Embayment Lithosphere Experiment (NELE) is an EarthScope experiment designed to examine tectonic processes and lithospheric structure in the northern Mississippi embayment. The embayment is an intracontinental sedimentary basin filled with up to 1.5 km of unconsolidated Upper Cretaceous and younger sediments. The seismic experiment consists of four consecutive six-month deployments (September 2011 – October 2013) of broadband stations deployed to densify the Transportable Array (TA) grid and a single two-year deployment (July 2013 – June 2015) of 51 broadband seismometers along three linear profiles with an average station spacing of 20 km. Like the TA, the six-month stations were sampled at 40 Hz while the two-year stations are sampled at 100 Hz. To examine station quality and noise levels at each station, we have calculated probability density functions of power spectral densities (PDFPSDs) on all three components and compared to theoretical noise models. We use these calculations to examine how the noise profile changes across the embayment as a function of sediment thickness, sensor type, and installation technique. Preliminary observations on the 98 TA and 11 six-month NELE stations show that inside the embayment noise levels at periods between ~0.3 - 1.0 seconds (1 - 3 Hz) exceed the theoretical high noise model, and that many stations inside the embayment show a bifurcated signal at the same periods. Potential causes for the bifurcation, such as anthropogenic noise, local earthquakes, sediment variation and reverberations, and sensor/installation effects, will be discussed. Features observed in the noise catalog for all TA and NELE stations will be presented. 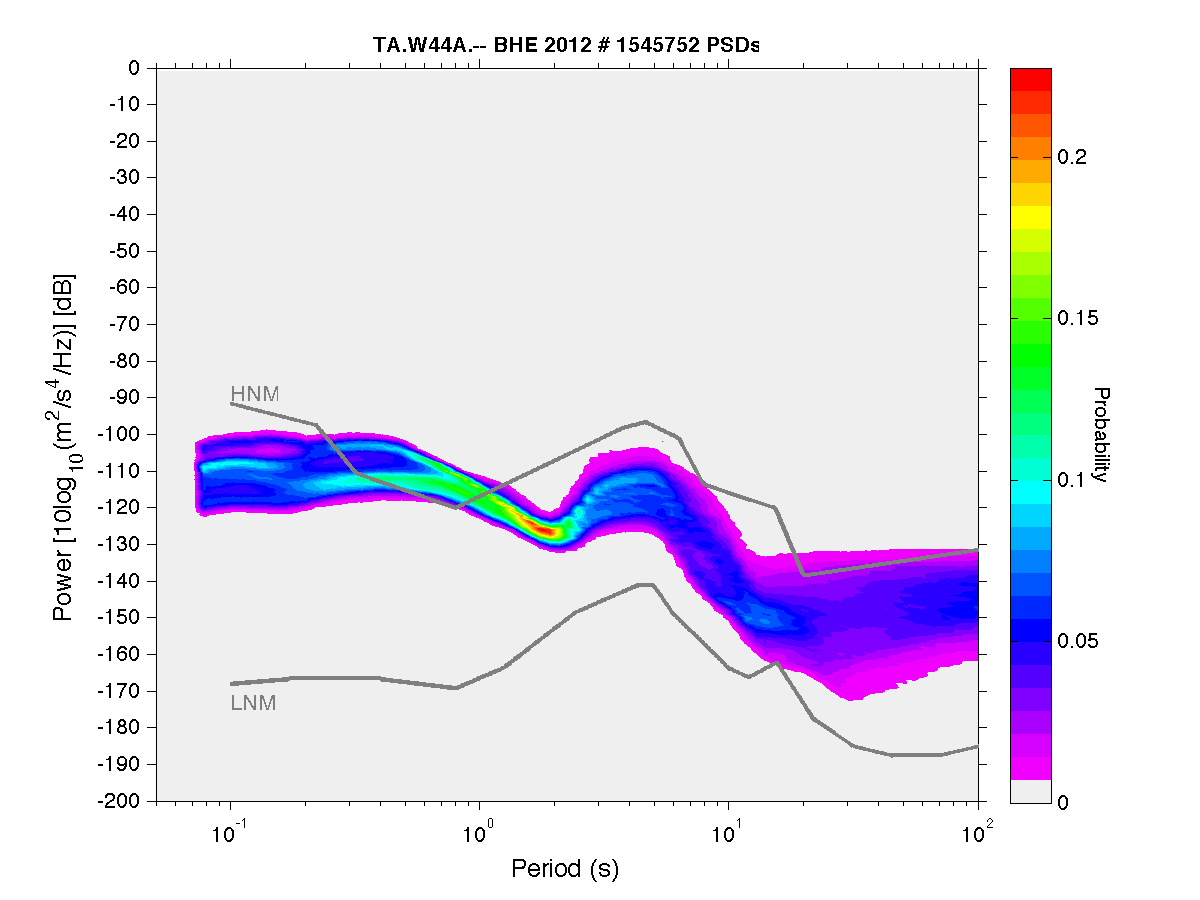