The Chilean continental margin lies in the western margin of the South American plate. The interaction between the Nazca and South America plates has a high tsunamigenic potential. Historically, Chilean coastal cities has been affected by the strongest earthquakes and tsunamis recorded in the world. The location of the mega-thrust close to the land has raised the need to improve early warning systems. Typically fast tsunami threat assessment in early warning systems is based on homogeneous slip distribution models related with the historical earthquake scenarios
Actually, one of the main aspects in numerical tsunami modeling is the use of finite fault rupture models where slip distribution is provided with more realistic and precise seismic representations. However, in recent years it has been tested that slip distribution has an essential contribution to tsunamigenic hydrodynamic processes such as wave period propagation, arrival times, inundation and run-up pattern along the coast. In this work we have a twofold aim, on one side to test the implications of slip distribution on the tsunamigenic hydrodynamic processes along the Arica, Iquique and Patache coastal zones resulted from the 2014 Pisagua earthquake, and on the other side compare the use of tsunami numerical codes based on linear, and non-linear/non-hydrostatic hydrodynamic equations to assess the above mentioned datasets.
The analysis has been possible due of the availability of high resolved finite fault model for the 2014 Pisagua earthquake (Hayes et al., 2014; An et al., 2014; Yagi et al., 2014), the recorded tsunami wave in Arica, Iquique and Patache tsunamigrams and the high resolution coastal bathymetry in the study region in northern Chile. The results provide a better insight of the inference of physical characteristics of the source, the morphological characteristics of seafloor and coastline geometry on the wave period and frequency as well as on the run-up distribution and coastal resonance effects. 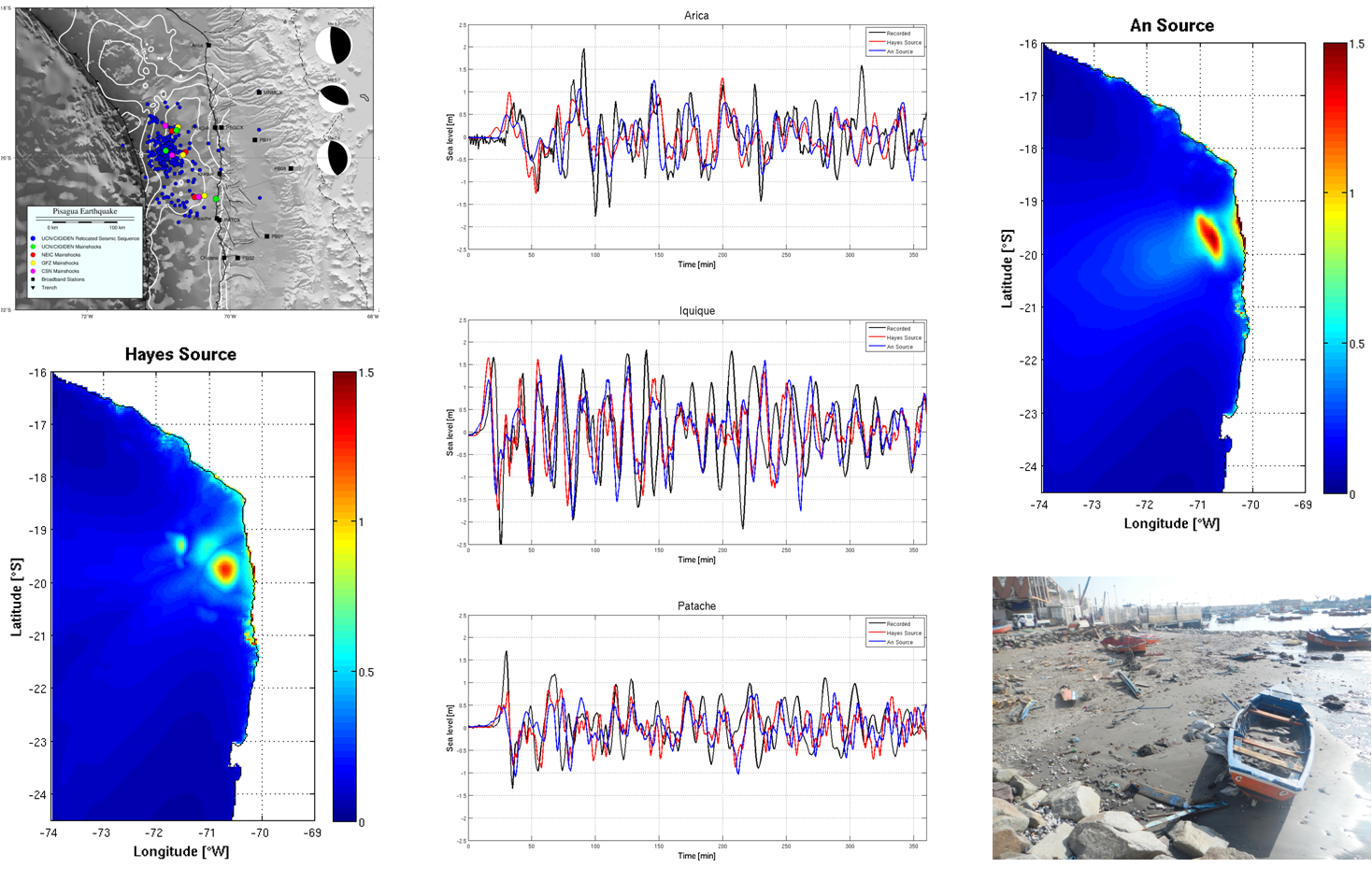