The growing field of metaproteomics links microbial communities to their expressed functions by using mass spectrometry methods to characterize community proteins. Comparison of mass spectrometry protein search algorithms and their biases is crucial for maximizing the quality and amount of protein identifications in mass spectral data. Available algorithms employ different approaches when mapping mass spectra to peptides against a database. We compared mass spectra from four microbial proteomes derived from high-organic content soils searched with two search algorithms: 1) Sequest HT as packaged within Proteome Discoverer (v.1.4) and 2) X!Tandem as packaged in TransProteomicPipeline (v.4.7.1). Searches used matched metagenomes, and results were filtered to allow identification of high probability proteins. There was little overlap in proteins identified by both algorithms, on average just ~24% of the total. However, when adjusted for spectral abundance, the overlap improved to ~70%. Proteome Discoverer generally outperformed X!Tandem, identifying an average of 12.5% more proteins than X!Tandem, with X!Tandem identifying more proteins only in the first two proteomes. For spectrally-adjusted results, the algorithms were similar, with X!Tandem marginally outperforming Proteome Discoverer by an average of ~4%. We then assessed differences in heat shock proteins (HSP) identification by the two algorithms by BLASTing identified proteins against the Heat Shock Protein Information Resource, because HSP hits typically account for the majority signal in proteomes, due to extraction protocols. Total HSP identifications for each of the 4 proteomes were approximately ~15%, ~11%, ~17%, and ~19%, with ~14% for total HSPs with redundancies removed. Of the ~15% average of proteins from the 4 proteomes identified as HSPs, ~10% of proteins and spectra were identified by both algorithms. On average, Proteome Discoverer identified ~9% more HSPs than X!Tandem. 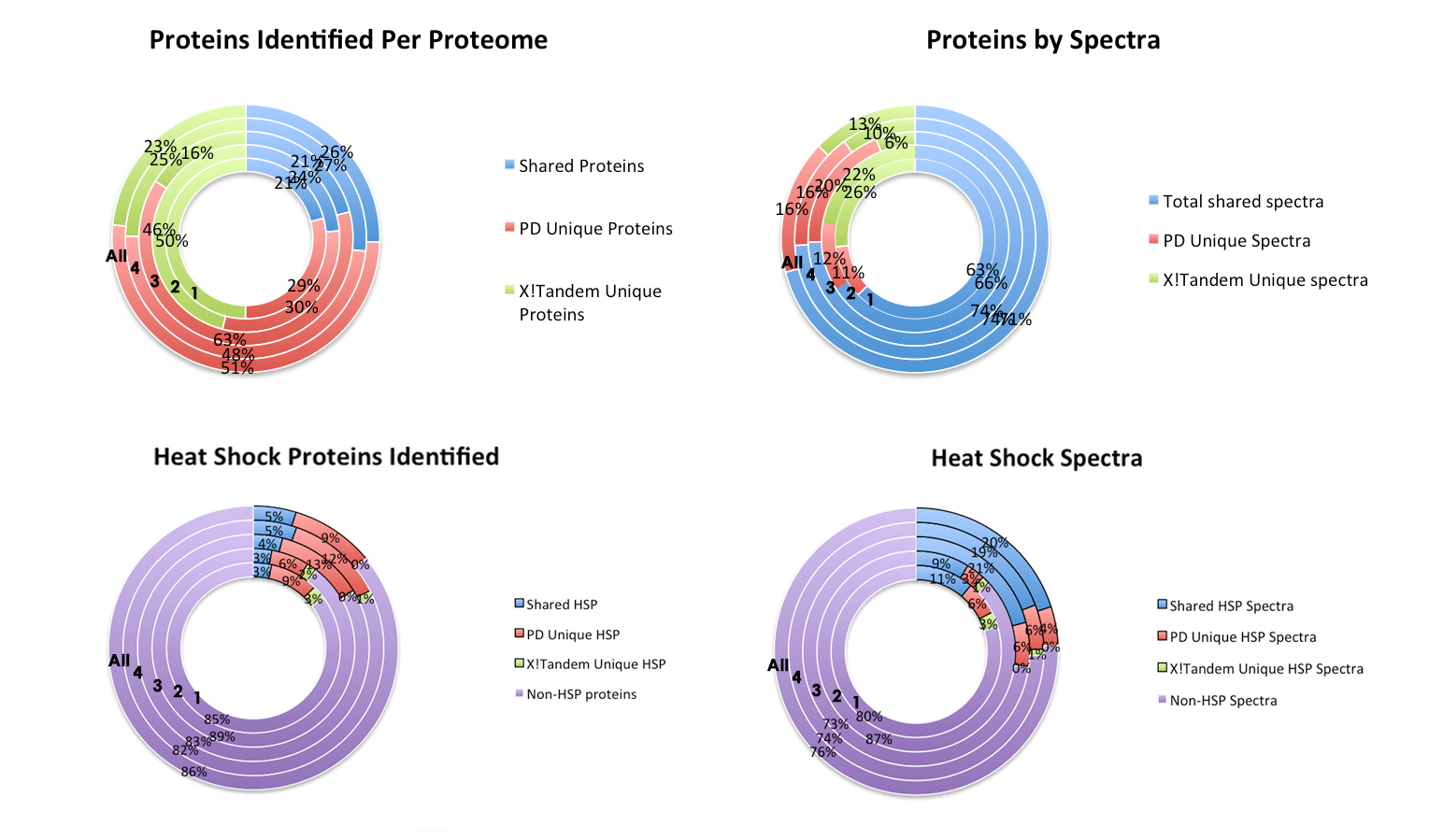