Here, we present the δ18O and δ2H composition of summer rainfall collected throughout south, central and western Mexico, particularly from Veracruz, Puebla, Guerrero, Morelos, Mexico City, Jalisco, Michoacán and Querétaro states. The geographical and temporal extent of our sampling (2004, 2005, 2007, 2008, 2011) results in a large dataset comprising more than 600 samples and represents the base data to understand the atmospheric mechanisms modulating the isotopic composition of rainfall in Mexico. Our data span a range of 30‰ in δ18O, from high values nearest the Gulf of Mexico coast and during weak rainfall events, to lowest values in high-altitude central Mexico and during heavy rainfall events associated with tropical cyclones. Values on the Pacific Coast are intermediate, and likely reflect a contribution of both Gulf of Mexico and Pacific sources. Our data define a meteoric water line of δ2H = 7.92 × δ18O + 9.48, which indicate that most precipitation values formed close to isotopic equilibrium with water vapor. The two primary physiographic variables controlling δ18O values are distance from the Gulf of Mexico and altitude, which together explain about 70% of the variation in spatial δ18O values. 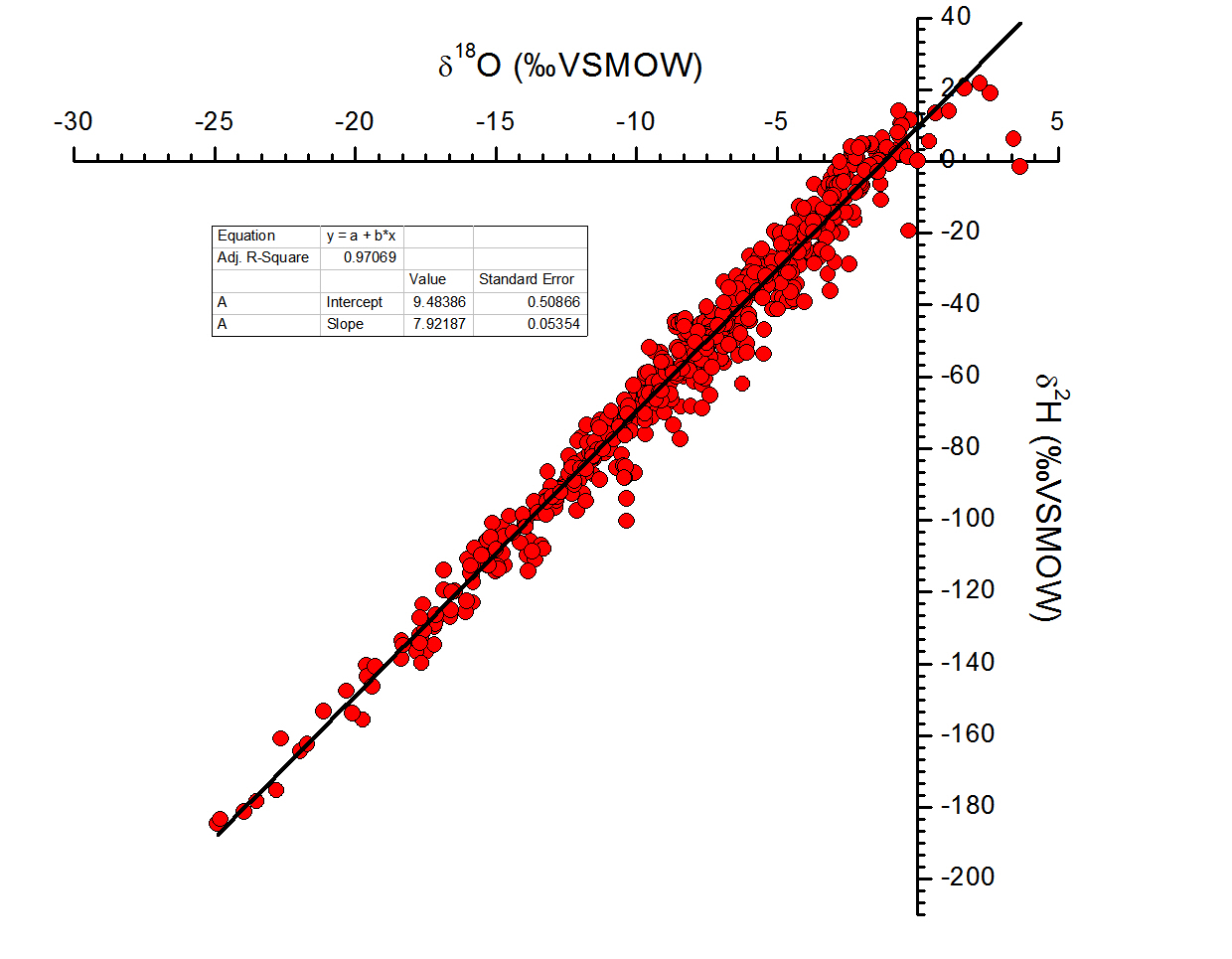