The clash between the United States and Japan in the Pacific from December 1942 to August 1945 presumably caused marine geohazards exceeding significantly many submarine earthquakes, explosive volcanic eruptions and tsunamis. Most significantly the most pronounced shift in Pacific Decadal Oscillation (PDO) took place within the shortest period of time ever observed, and when the Allies navies approached Japan’s coast line two years later, winter air temperatures (December to February 1944/45) fell to the lowest level ever observed. The Naval War in the Pacific from 1943 - 1945 was not only devastating to man and material, but also substantially altered the structure of the sea surface layer down to 100 meter and more, with a subsequent impact on air temperatures, and PDO balance across the Northern Pacific. Until now the question has received little attention although it is obvious that a global rising temperature trend prior the early 1940s turned into a decreasing mode during the time when huge naval war activities took place across the oceans in the Northern Hemisphere that eventually lasted for three decades until the mid-1970s While the impact of screw driven vessels since their invention in the 19th Century on the sea surface structure is difficult to assess, and no investigations have been made yet . The naval war in the Pacific from 1943 - 1945 could be regarded as a huge scale ‘field experiment’ on manmade marine geohazards due to the suddenness, the magnitude and the intensity, penetrating the ocean to considerable depths. Naval operations and available sea and climate data need to be identified, linked, evaluated and discussed. What kind of impact did the Pacific War have on climate? It seems due time to pay attention to this issue. 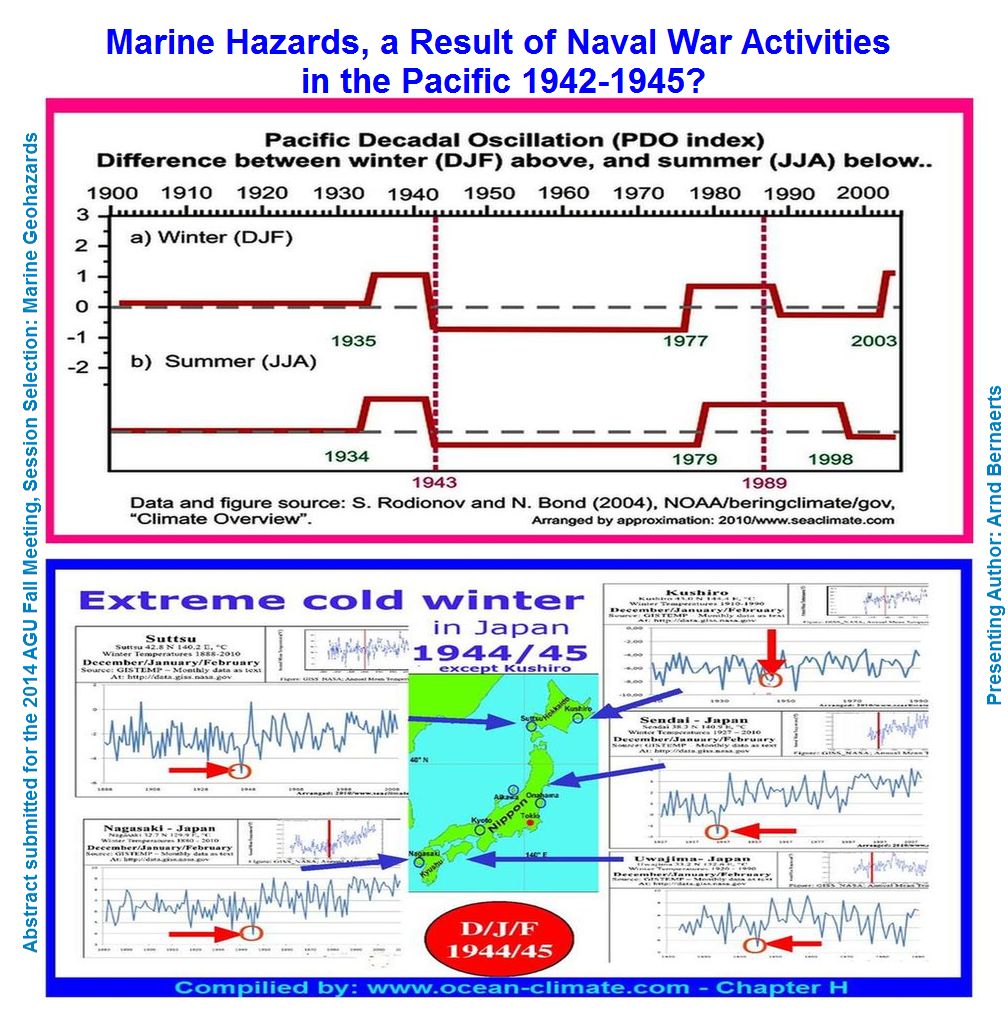