The Lake Victoria Basin (LVB), one of Africa’s most populated transboundary watersheds and home to more than 30 million inhabitants, is increasingly challenged by both water quality problems and water quantity shortages against a backdrop of climate variability and change; and other environmental challenges. As a result of pollution, droughts, more erratic rainfall, heightened demand for water for both consumption and agricultural needs as well as differences in water allocation among the riverine countries of Uganda, Tanzania, Kenya, Rwanda and Burundi, many parts of this region are already experiencing water scarcity on a recurrent basis. Furthermore, given projected annual population growth rates of 2.5 to 3.5% for the next 20 years, water shortages are likely to be exacerbated in the future. Analyzing historical changes in the water resources of this region is hence important to identify “hot spots” that might be most sensitive to future changes in climate and demography. In this presentation, we report the findings of a comprehensive analysis performed to (i) examine changes in water resources of LVB in recent decades and (ii) identify overlap between regions of significant changes in water resources with land cover changes and high population centers that are also projected to grow the fastest over the coming decades.

We first utilize several satellite, stations and model(s) based climatic and hydrologic datasets to assess changes in water resources in this region. We then use a quality-controlled Moderate Resolution Imaging Spectroradiometer (MODIS) land cover product to identify areas of significant land cover changes. Simultaneously we use projections of gridded population density based on differential growth rates for rural and urban population to estimate fastest projected human population growth for 2030 and 2050 relative to 2010 data. Using the outcomes of these change analysis we identify water insecurity hotspots in the LVB. 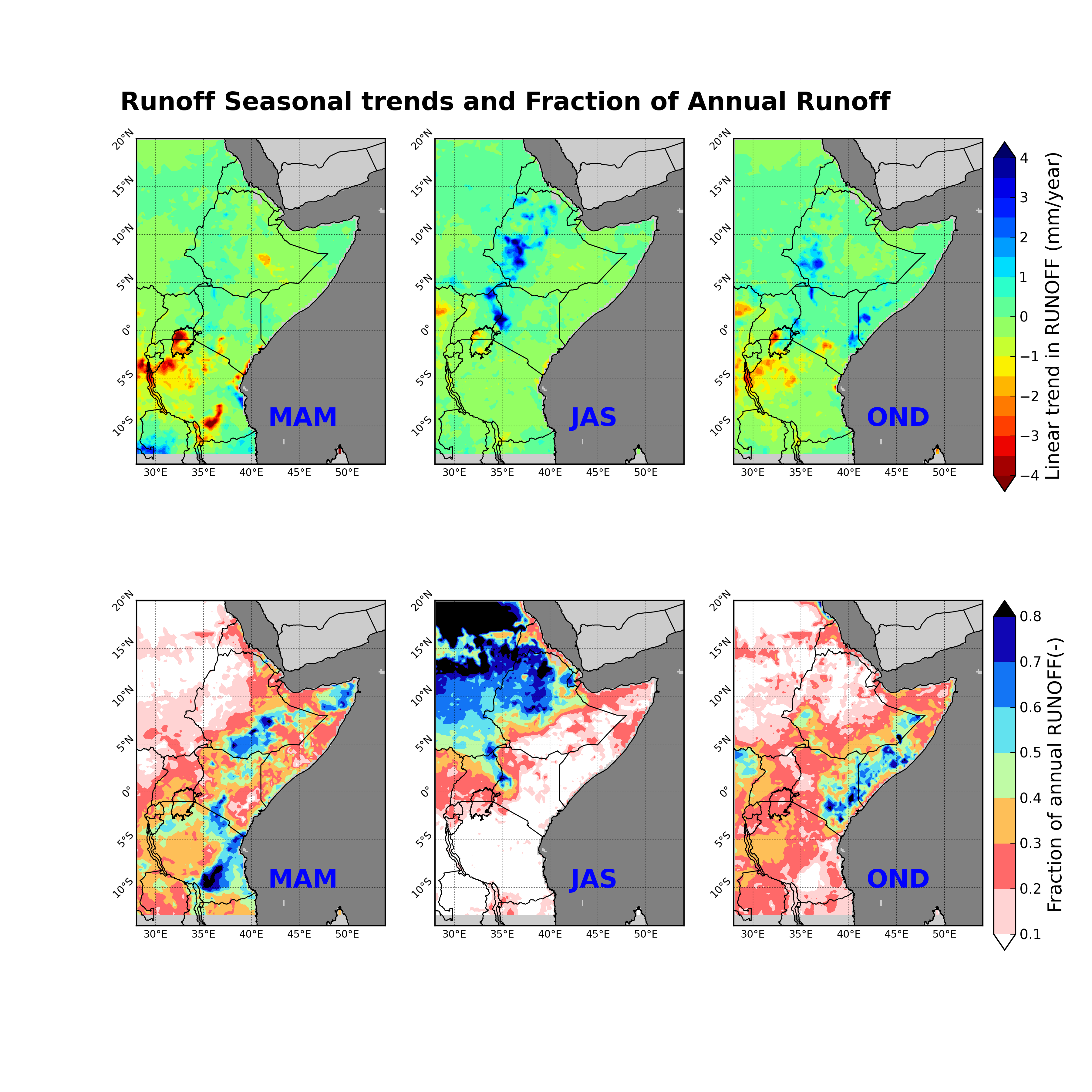