The hypothesis of rip current generation from purely hydrodynamic processes is here investigated through laboratory experiments.

The experiments have been performed at the Cantabria Coastal and Ocean Basin (CCOB) with a segmented wavemaker consisting of 64 waveboards. The basin measures 25m in the cross-shore and 32m in the alongshore direction and the water depth at the wavemaker is 1m. A concrete plane sloping (1:5) beach has been built in the opposite side of the wave machine, its toe is 15m from the waveboards. Reflective lateral walls covered the full length of the basin.

The set of instruments consists of 33 wave gauges deployed along two longshore and two cross-shore transects, 7 acoustic Doppler velocimeters and 15 run-up wires. Furthermore a set of two cameras has been synchronized with the data acquisition system.

Two types of experiments have been performed to specifically study the generation of rip currents under wave group forcing.

First, similarly to the experiments of Fowler and Dalrymple (Proc. 22nd Int. Conf. Coast. Eng.,1990), two intersecting wave trains with opposite directions have been imposed. They give rise to the formation of a non-migrating rip current system with a wavelength that depends on wave frequency and direction.

Second, single wave trains with alongshore periodic amplitude attenuation have been imposed. Although the attenuation has been set such that the incident wave field has the same envelope as in the first type of experiments, the rip current system differs due to diffraction and interference processes.

The results for different wave conditions (maximum incident wave height from 0.2m to 0.4m, wave period from 1.4s to 2s) will be presented and the intensity of the rip currents will be compared to the alongshore variation in wave set-up.

This research is part of the ANIMO project funded by the Spanish Government under contract BIA2012-36822. 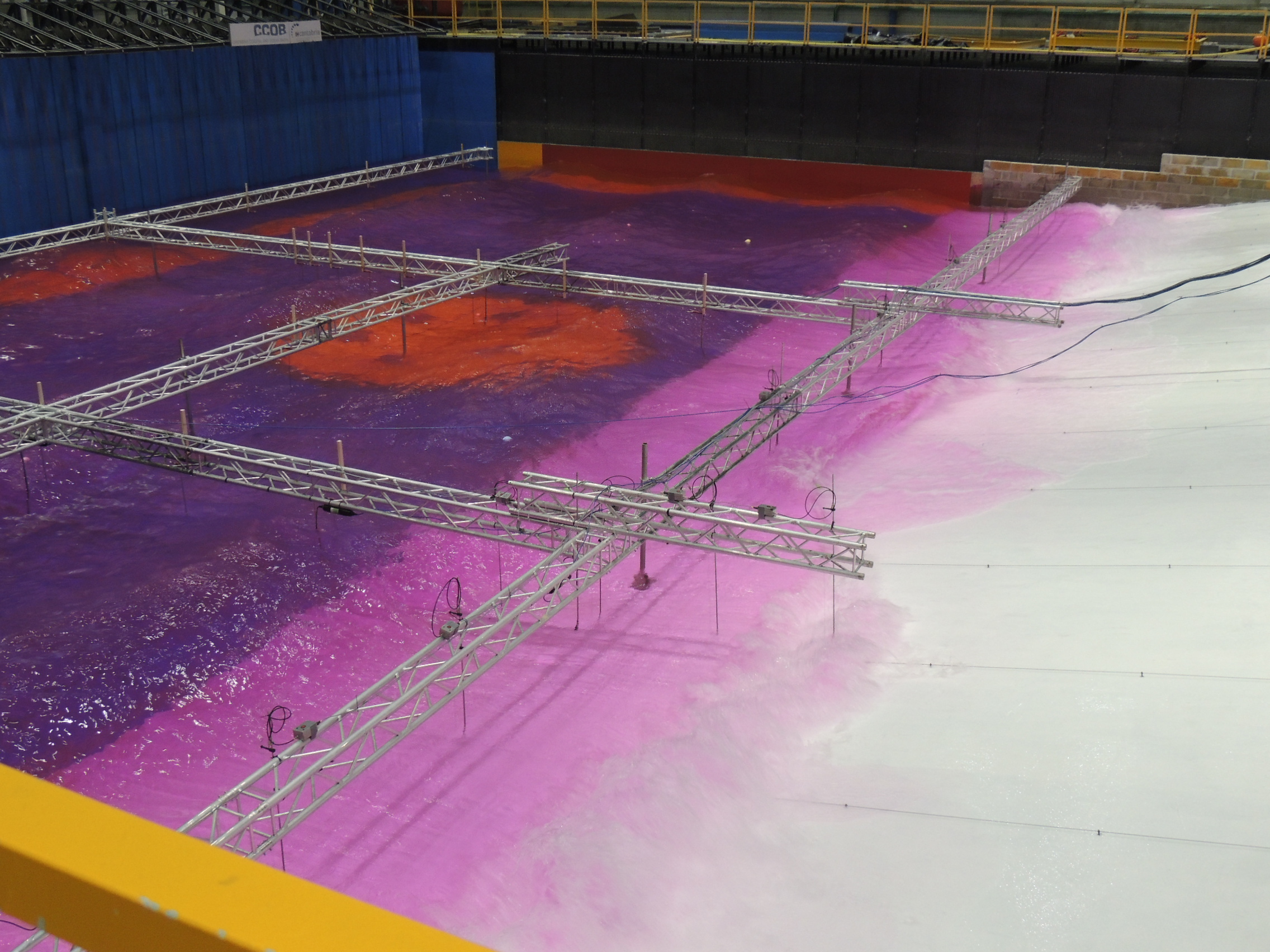