The capability of structure from motion techniques to survey glaciers with a very high spatial and temporal resolution is a promising tool for better understanding the dynamic changes of glaciers. Modern software and computing power allow us to produce accurate data sets from low cost surveys, thus improving the observational capabilities on a wider range of glaciers and glacial processes. In particular, highly accurate glacier volume change monitoring and 3D movement computations will be possible

Taking advantage of the helicopter flight needed to survey the ice stakes on Kronenbreen, NW Svalbard, we acquired high resolution photogrammetric data over the well-studied Midre Lovénbreen in September 2013. GoPro Hero 2 cameras were attached to the landing gear of the helicopter, acquiring two images per second. A C/A code based GPS was used for registering the stereoscopic model. Camera clock calibration is obtained through fitting together the shapes of the flight given by both the GPS logger and the relative orientation of the images. A DEM and an ortho-image are generated at 30cm resolution from 300 images collected. The comparison with a 2005 LiDAR DEM (5 meters resolution) shows an absolute error in the direct registration of about 6±3m in 3D which could be easily reduced to 1,5±1m by using fine point cloud alignment algorithms on stable ground. Due to the different nature of the acquisition method, it was not possible to use tie point based co-registration. A combination of the DEM and ortho-image is shown with the point cloud in figure below. 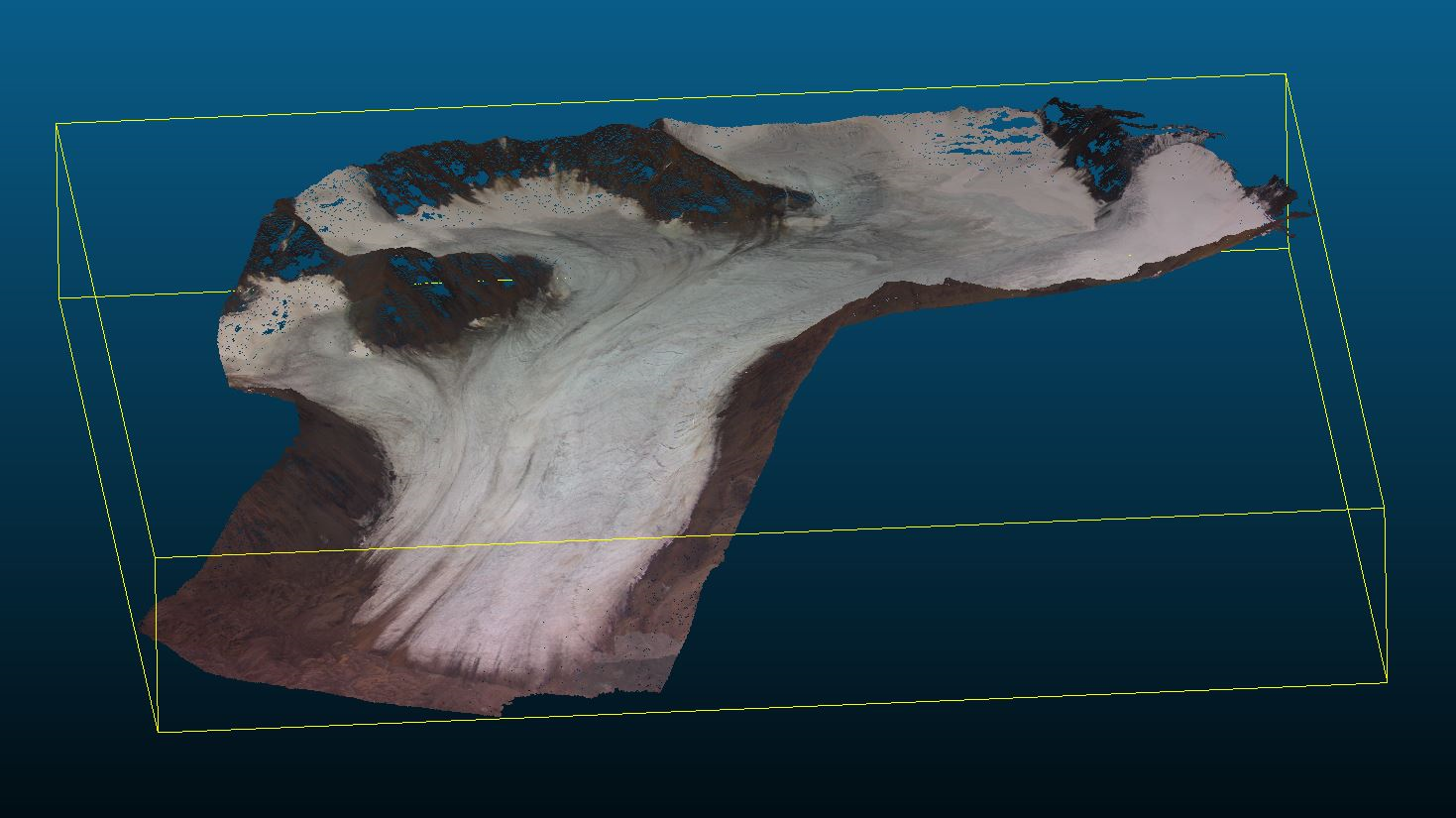