Models of trace element partitioning during non-reactive, one-dimensional melt migration predict the decoupling of tracers with different partition coefficients (e.g. La and Sm)(Navon & Stolper 1987, DePaolo 1996 Liang 2008). Such decoupling is often not observed in igneous products at the surface. We propose a numeric melt migration model derived from first principles to aid our understanding of mixing during melt migration in the mantle. We assert that circulation within a porosity wave could provide an explanation for this disparity.

Buoyancy drives regions of elevated melt fraction through the overlying mantle as porosity waves (Richter & McKenzie 1984, Spiegelman 1993). Within those waves we expect porous flow to lead to the transport and mixing of distinct peridotite-derived lithologies (Kelemen 1997). A consequence of this mixing includes partitioning of trace elements in the partially molten, mixing lithologies.

Modeled circulation of melt within the porosity wave could explain why the linear decoupling of trace elements is not observed in natural basalts. The relative position of trace elements moving at different velocities changes as the melt migrates upward. The model ­­­shows that increasing distance traveled (i.e. source depth) increases the mixing of tracers. The circulation we model reduces the decoupling of compatible and incompatible elements. 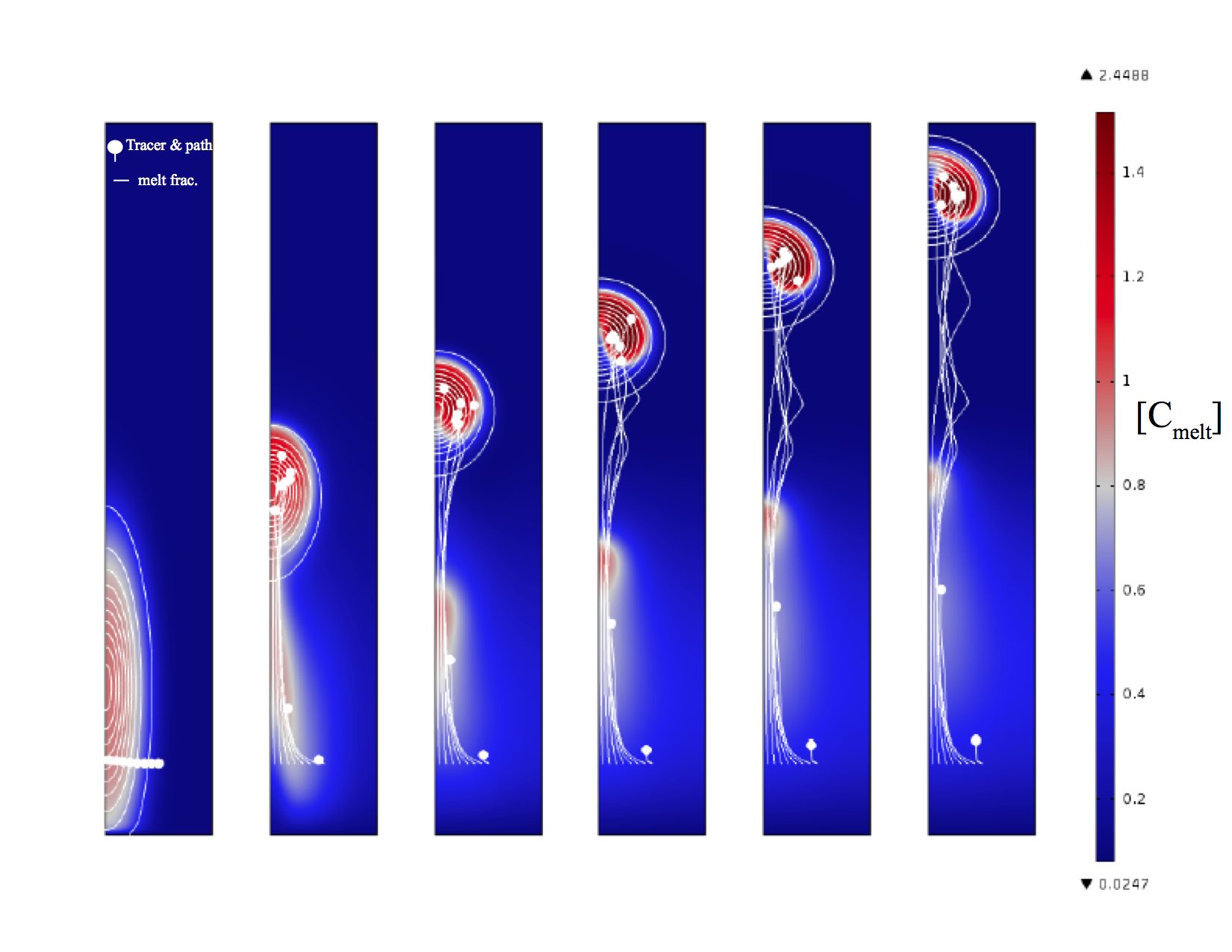