PP33A-1194:
Testing the Climate Sensitivity of Mountain Hemlock (Tsuga mertensiana (Bong.) Carr.) Near the Southern Limit of Its Range

This study investigates the climate sensitivity of mountain hemlock (Tsuga mertensiana (Bong.) Carr.) near the southern limit of its range, tests the stability of its climate-tree relations over the last few decades, and explores its potential as a hydroclimatic proxy for Crater Lake National Park. We collected tree cores at seven locations around the caldera rim, focusing on hemlock growing at higher elevations (2000-2400 masl). The median length of all ring-width series is 283 years, and the oldest hemlock sample extends back to C.E. 1450. Several types of anatomical anomalies, including frost rings, traumatic resin ducts, false rings, and light late-wood bands were observed within the specimens, the most common feature being a false ring in C.E. 1810. Each set of standardized ring-width measurements has a strong common signal, with between-tree correlations (r-bar) ranging from 0.31 to 0.49. Preliminary analysis suggests hemlock growth across the park is strongly and inversely related to total cool-season precipitation, and is also influenced positively (albeit more weakly) by mean summer temperature. Most sites are significantly and negatively correlated with total December-to-February precipitation (r = -0.41) and total precipitation from December to August (r = -0.48). Compared to other ring-width records exhibiting similar negative responses to winter precipitation, these hemlocks appear to track that specific signal quite clearly and, as a result, these data may be suitable to reconstruct past changes in cool-season moisture in Crater Lake National Park and across the broader southern Cascades. 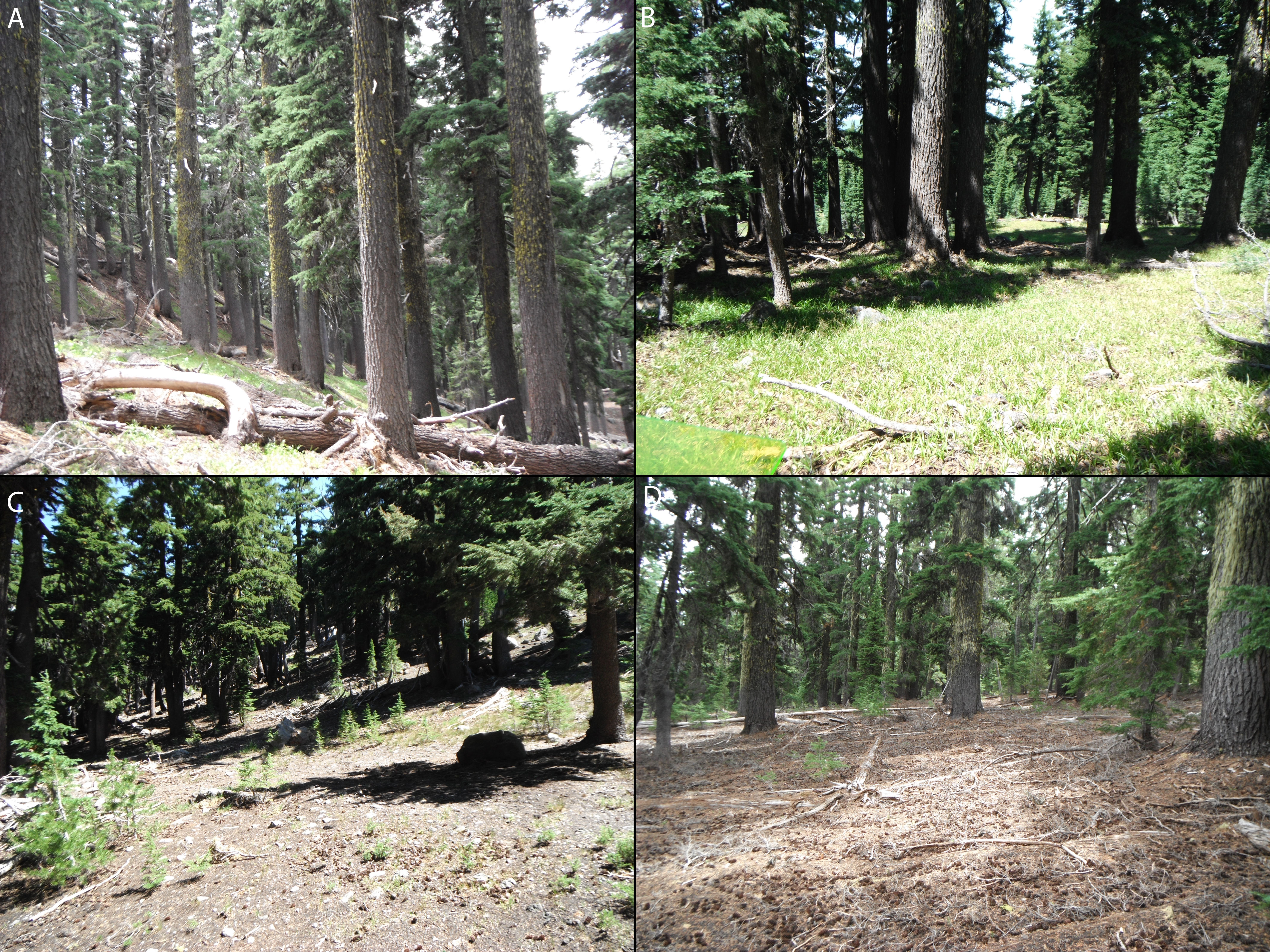