In this paper, we present an updated status of the research program our company has been conducting for the development of its Absolute Quantum Gravimeter. This instrument relies on the utilization of advanced matter-wave interferometry techniques, which allow us to precisely characterize the vertical acceleration experienced by a cloud of cold atoms over a free-fall of 10 cm.
We present the global conclusions of the results we have obtained with our first generation prototype. We have demonstrated that the technological innovations we have implemented in this instrument were relevant for the development of an absolute gravimeter, and present gravity measurements with a sensitivity lower than 10 µGal after 1000 s of data integration. We also present the results of a comparative measurement conducted with a FG5, which have shown a satisfactory agreement between both instruments.
Several technological limitations were identified in our first prototype and we have started to develop a second generation instrument, that will integrate :
- a longer fall time in order to improve the short-term sensitivity
- an improved atomic detection for an increased signal-to-noise ratio
- advanced processing techniques for the compensation of vibrations.
This paper will present a detailed review of these innovations and will summarize the experimental characterizations we have performed to evaluate the short-term and long-term sensitivity. We will also present a complete analysis aiming at evaluating the thermal behavior of our instrument, preparing future field operation. 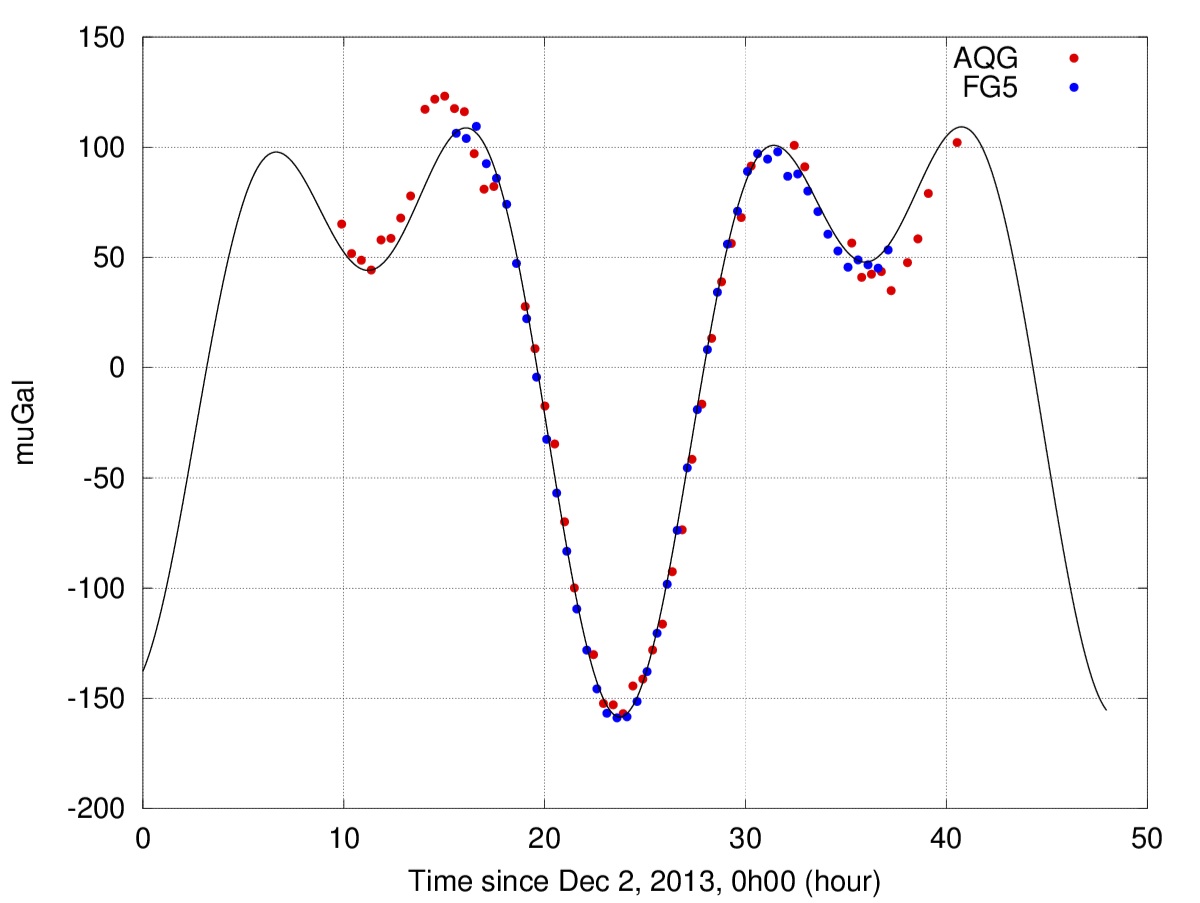