Snow stakes along the traverse routes have been observed for long term monitoring program 'the variation of ice sheet surface mass balance' from the 1960's by the Japanese Antarctic Research Expedition in Shirase glacier drainage basin, East Antarctica. During the traverse route between coastal S16 point (69 02'S, 40 03'E, 580m a.s.l.) to inland Dome Fuji (77 22'S, 39 42'E, 3,810m a.s.l.), the snow stake observations every 2 km have been carried out from 1993. Yearly net snow accumulations from S16 to Dome Fuji were calculated. Heavy, modern and light snow events were observed. They were different in way accumulating spatial pattern depending on places. The yearly accumulation rates were compared with seasonal change of AAO-index (SAM). As a result, yearly accumulation rate and AAO-index showed the positive correlation.
Surface snow samplings were conducted every 10km along the traverse route. Generally, the snow surface features are classified into three regions.
(1) the coastal region: smooth surface, high snow accumulation
(2) the katabatic slope region: rough sastrugi surface and smooth glazed surface
(3) the high plateau region: smooth surface, little snow accumulation
The chemistry of surface snow changes from the coast to inland. Furthermore, the chemical properties of snow are different for each surface at the same area. We can classify the surface snow with fresh drifting snow, deposited drift snow, soft and hard surface snow, sustrugi, surface hoar and so on. The value of each isotope ration and ion concentration greatly varied. Sometimes, snow might deposit thick equally. But the deposited snow was redistributed by the wind. When the snowstorm occurred, the blowing snow started to deposit in a certain opportunity. As for it, the area was not the uniform. It is necessary to discuss inhomogeneity of the depositional condition quantitatively. 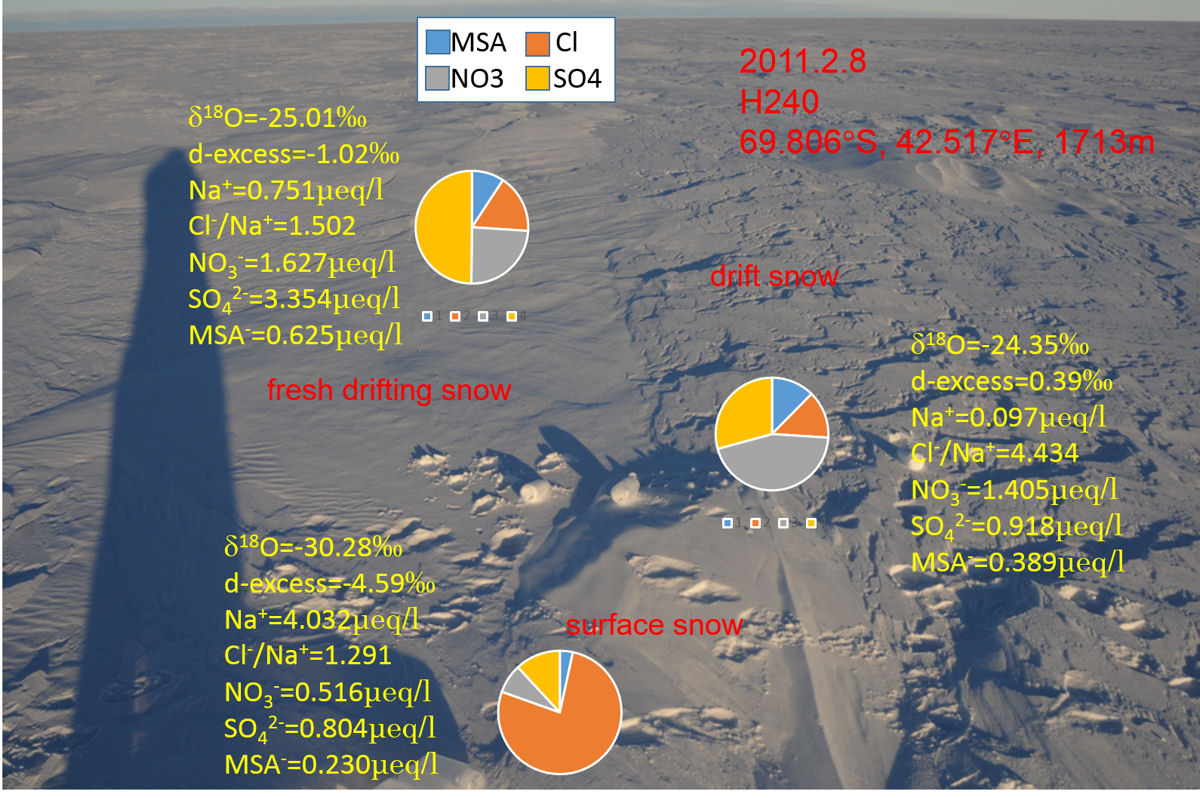