OS11B-1286:
Modeling the Flushing Response to the Construction of a Low Crested Weir in the Banana River

The ADCIRC hydrodynamic model coupled with a Lagrangian Particle Tracking Model (LPTM) is applied to study circulation in the Banana River. The purpose of this study is to determine the extent to which constructing a low crested weir adjacent to Port Canaveral can improve flushing in this region. The Banana River a 50 km long sub-basin of the Indian River Lagoon (IRL), located on the central-east coast of Florida in Brevard County between Cape Canaveral and Merritt Island. Although Banana River has an outlet to the ocean through the Port Canaveral locks, the locks remain closed when there is no passing vessel resulting in limited circulation, long flushing time and poor water quality. Recent high mortality events of different species, e.g. dolphins, manatees and pelicans in the lagoon ecosystem, can be linked to the decline in the water quality. ADCIRC is used to simulate the hydrodynamic properties of the study area and determine the 2D depth-averaged velocity field for two separate cases: one with only tidal and another with both tidal and meteorological forces considered. Simulations are run, first to establish the baseline hydrodynamics of the unmodified system, and then to predict the effects of modifying the domain. Passive particles are placed in the Banana River portion of our domain, and the movement of these particles is tracked using LPTM for both cases. Flushing and residence time are then computed. Results indicate an improvement in flushing in both the Banana River and the central Indian River Lagoon, driven by an induced southerly current. In the portion of the Banana River to the south of the port complex, tidal flushing time is significantly reduced for the case of modified domain. In this southern region the flushing time based on 50% renewal time, is decreased from 100 days down to 15 days, after the addition of the weir to the domain. 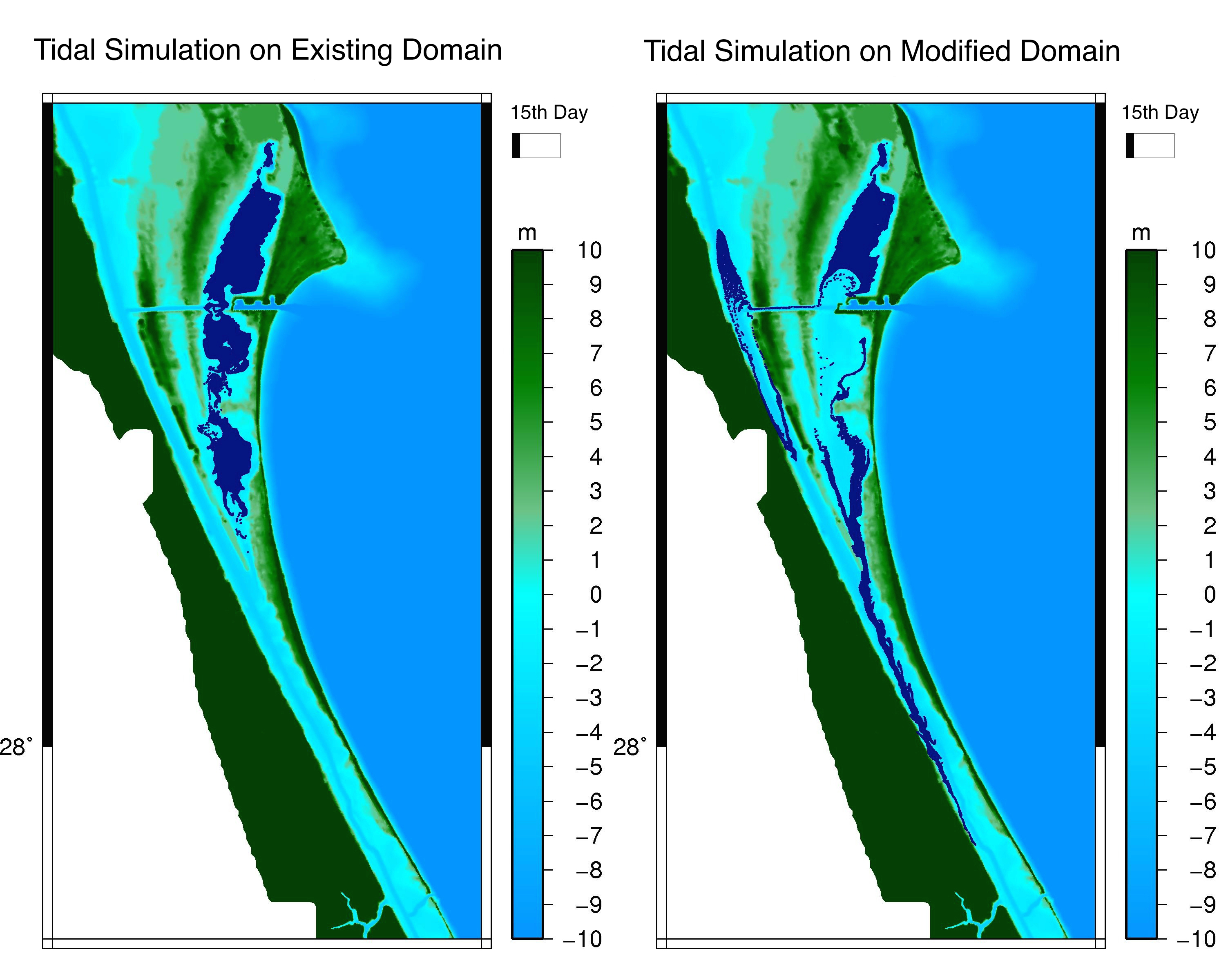