"Earth Girl 2: Preparing for the Tsunami" is an interactive game about making strategic decisions that can directly increase the survival rate in coastal communities during earthquake and tsunami scenarios. Earth Girl is the host and guide in this casual strategy game with social impact, and the player is the protagonist.

The game was developed by an interdisciplinary team of scientists and game artists at the Earth Observatory of Singapore. Earth Girl 2 is based on real-life situations, with an emphasis on learning preparedness and survival skills. It was inspired by the kids who live in coastal communities throughout Asia, and by the stories told by survivors of recent tsunamis.

The action takes place in four main areas: the Market, the Map, the Toolbox, and two dozen game levels with a variety of evacuation scenarios. The gameplay encourages proactive exploration and discovery of these scenarios, with Earth Girl providing knowledge, tips and feedback throughout the game. The basic game play includes: learning about tsunami hazards by talking to people at the market, choosing tools based on a budget, exploring the site and making strategic decisions, and learning from watching the simulation. The level of success of players in this game depends on their strategic decisions which is somewhat tied to their level of interaction with the virtual community. The game is currently being tested with children in Southeast Asian communities and is scheduled for release in late 2014.

The presentation will demonstrate aspects of the game (played on an iPad connected to the projector), and will describe some of the challenges and solutions encountered by the interdisciplinary team. 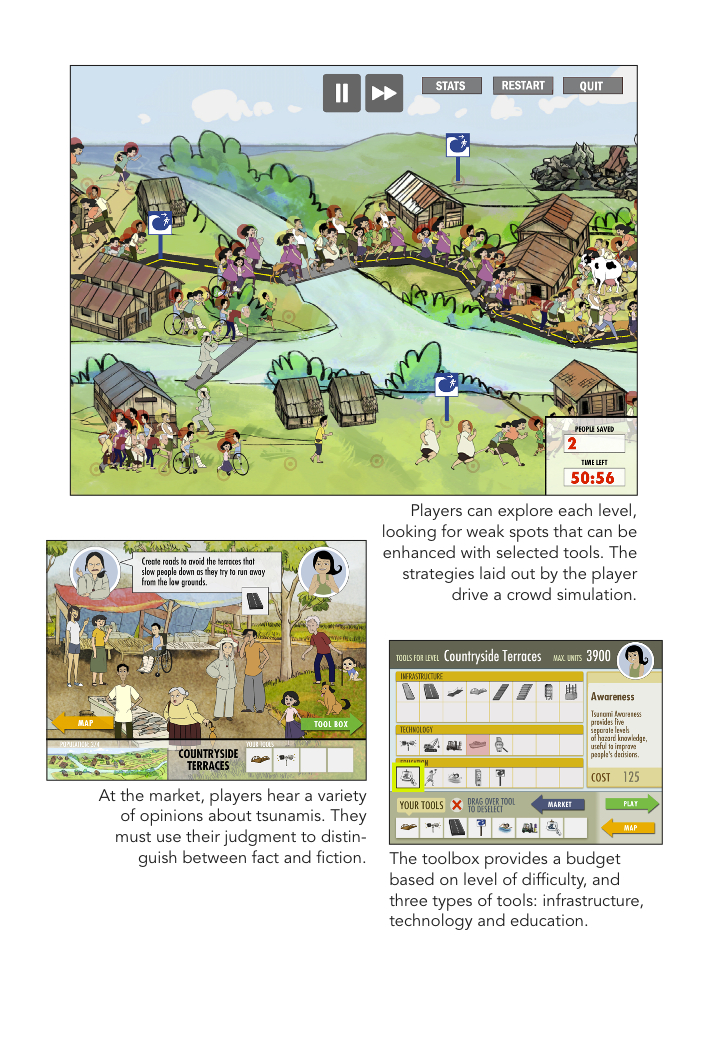