We present three-dimensional fully kinetic and electromagnetic simulations of the solar wind interaction with lunar crustal magnetic anomalies (LMAs). Using the implicit particle-in-cell code iPic3D, we confirm that LMAs may indeed be strong enough to stand off the solar wind from directly impacting the lunar surface forming a mini-magnetosphere, as suggested by spacecraft observations and theory. In contrast to earlier MHD and hybrid simulations, the fully kinetic nature of iPic3D allows to investigate the space charge effects and in particular the electron dynamics dominating the near-surface lunar plasma environment. We describe the general picture of the interaction of a dipole model centered just below the lunar surface under various solar wind and plasma conditions, and focus afterwards on the ion and electron kinetic behavior of the system. It is shown that the configuration is dominated by electron motion, because the LMA scale size is small with respect to the gyroradius of the solar wind ions. The dominant LMA interaction mechanism is also highly dependent on the solar wind and IMF conditions. Driven by strong pressure anisotropies, the mini-magnetosphere is also unstable over time, leading to only temporal shielding of the surface underneath. Our work opens new frontiers of research toward a deeper understanding of LMAs and is ideally suited to be compared with field or particle observations from spacecraft such as Kaguya (SELENE), Lunar Prospector or ARTEMIS. The ability to evaluate the implications for future lunar exploration as well as lunar science in general hinges on a better understanding of LMAs.

This research has received funding from the European Commission’s FP7 Program with the grant agreement SWIFF (project 2633430, swiff.eu) and EHEROES (project 284461, www.eheroes.eu). The simulations were conducted on the computational resources provided by the PRACE Tier-0 project 2011050747 (Curie) and 2013091928 (SuperMUC). This research was supported by the Swedish National Space Board, Grant No. 136/11. JD has received support through the HPC-Europa2 visitor programme (project HPC08SSG85) and the KuLeuven Junior Mobility Programme Special Research Fund. 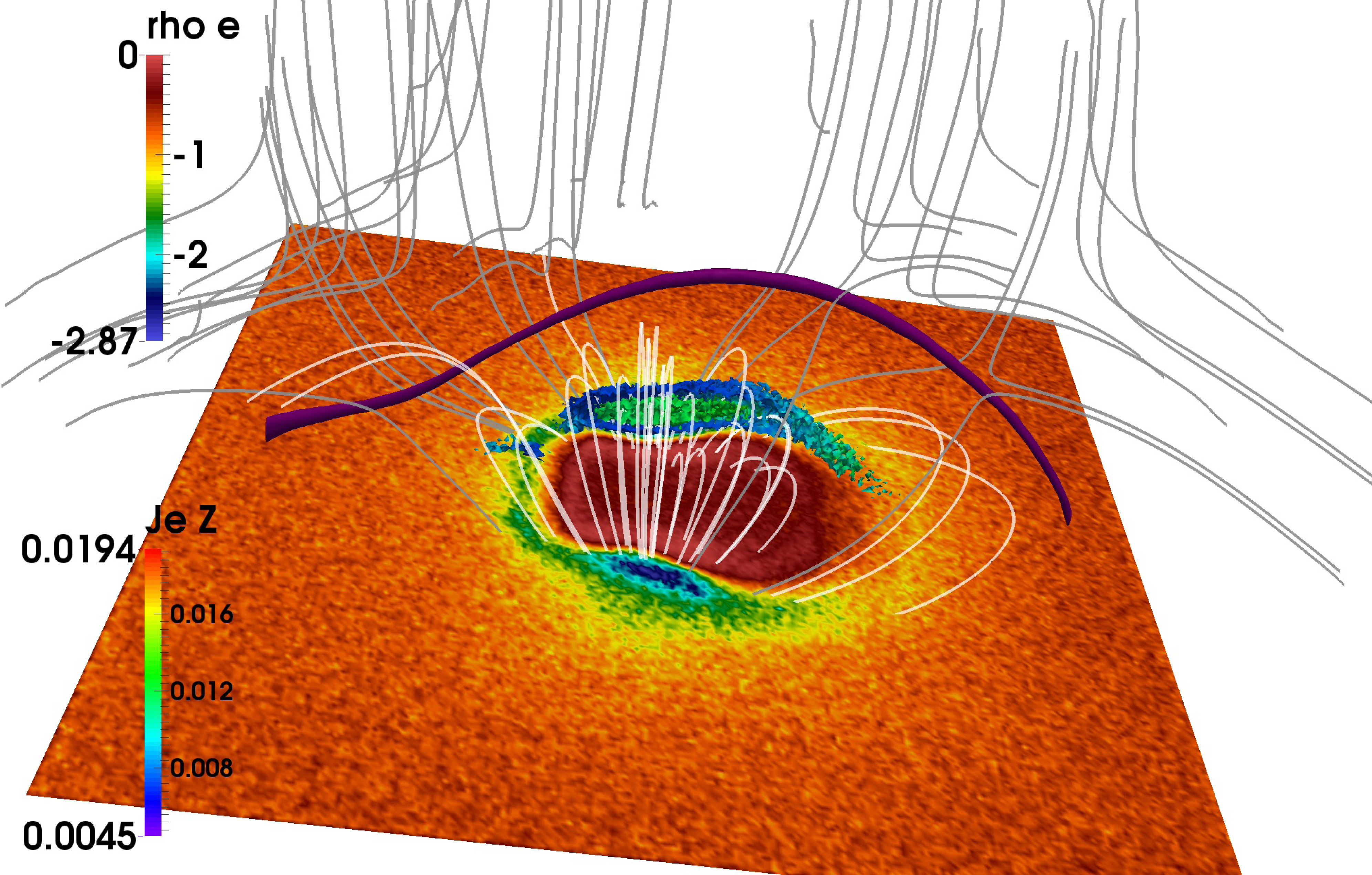