Karstic lakes in the Iberian Range (Central Spain) provide a unique opportunity to test the human impact in the watersheds and the aquatic environments during historical times. We reconstruct the depositional evolution and the changes in biogeochemical cycles of El Tobar karstic lake, evaluating the response and the resilience of this Mediterranean ecosystem to both anthropogenic impacts and climate forcing during the last 1000 years.

Two main hydrological changes are clearly recorded in El Tobar sequence. The first one, marked by a sharp decrease in Mg, Ca and Si concentrations, took place about 1200 AD, and during a period of increasing lake level, which shifted from shallower to deeper facies and from carbonatic to clastic and organic-rich deposition. This change was likely related to increased water availability synchronous to the transition from the Medieval Climate Anomaly to the Little Ice Age. The second one was a canal construction in 1967 AD when a nearby reservoir provided fresh water influx to the lake, and resulted in stronger meromictic conditions in the system after canal construction, which is marked by lower Fe/Mn and higher Br/Ti ratios. The lake depositional and geochemical cycles, however, recovered quickly after each crisis, showing a strong resilience of the lacustrine system. 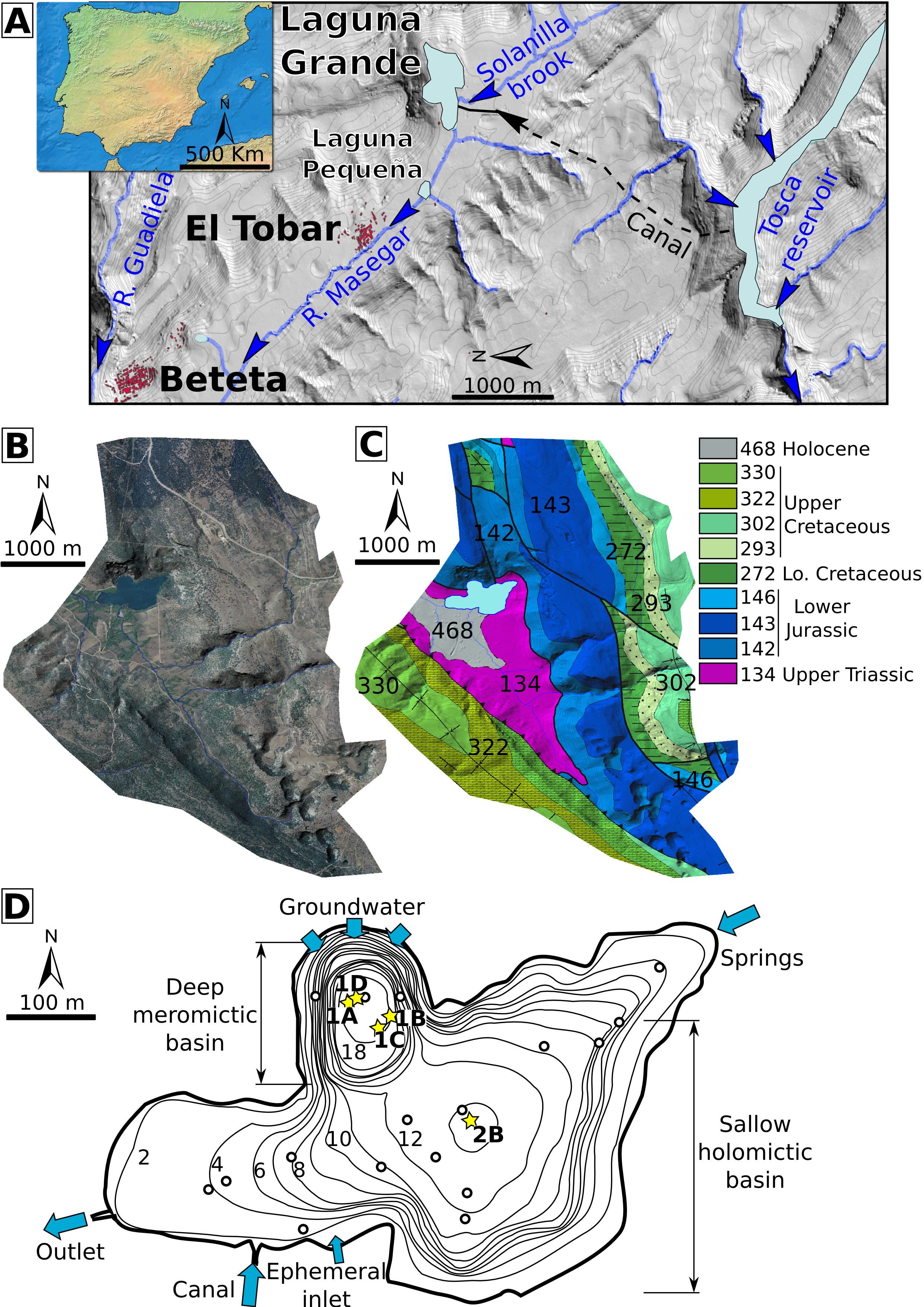