NH51B-3851:
A Laboratory Investigation of the Controls on the High Mobility of Hillslope Debris Flows

Hillslope debris flows are unconfined flows of soil debris that typically start as shallow landslides. They generally start on steep hillslopes and their runout distances are typically much longer than those of shallow landslides that did not transform into flows. Most debris flow research has focused on channelized flows and little is known about the flow properties of hillslope debris flows, yet knowledge of typical flow velocities is necessary to e.g. design mitigation measures. Herein we describe 1:20 scale-model experiments on a laboratory hillslope where we systematically varied event volume, clay content, and water content and measured the inundated area, runout distance, flow depth, and front velocity. The laboratory setup was designed based on a simplified geometry of natural hillslopes and it consists of a 7.5 m long artificially roughened planar slope with a width of 1.2 m and a 4.5 m long upper slope segment of 30° and a shorter lower slope segment of 10°. Sediment-water mixtures of 4 to 20 dm3 were placed in a 0.4 m wide head box centered at the top of the slope and were released by rapidly opening a gate, releasing a flow in a dam-break fashion. The flows typically stopped on the 30° portion of the slope. Front velocities in the transit zone range from less than 0.5 to 3 ms-1, systematically increasing with flow volume (for a given clay and water content). Runout distance also increased with increasing water content. Clay content influenced the runout distance more than the flow velocity, with the distance decreasing as the clay content increased from 5 to 10%. The results, when scaled up to the field using Froude similarity, are consistent with previously published large-scale measurements of artificially-released hillslope debris flows with an initial volume of 50 m3 and with another study where impact velocities were calculated based on damage to buildings. Front velocities are also consistent with velocities calculated using a runout model for debris flows, where the model was calibrated on the runout distance. 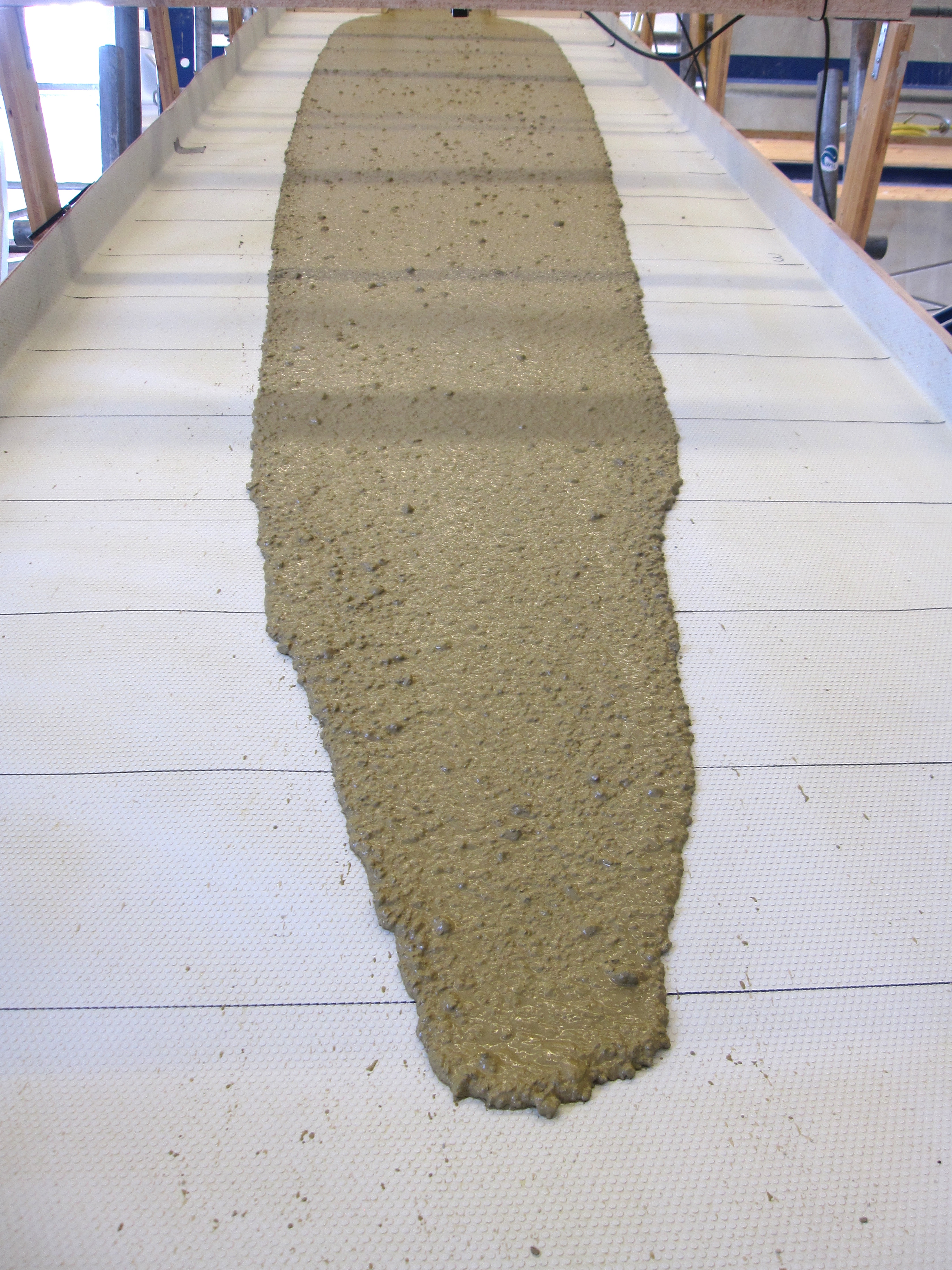