Here I compare estimates of tectonic strain rates from dense Global Positioning System measurements with the seismicity released in the last ~500 years in the Apennines (Italy). The rates of seismic moment accumulation from geodesy and of historical seismic release by earthquakes agree within the uncertainties, ruling out significant aseismic deformation. Within the considered 400 km long section of the Apennines, this balance yields an average recurrence interval of 30–75 years for MW≥6.5 events without requiring a future earthquake larger than those observed historically (MW~7). A minimum estimate of unreleased strain allows MW≥6.5 and MW≥6.9 events to be released in ~35% and ~10% of the central-southern Apennines, respectively. The definition of the seismic potential for smaller events is more uncertain, and their occurrence remains a significant threat throughout the Apennines. 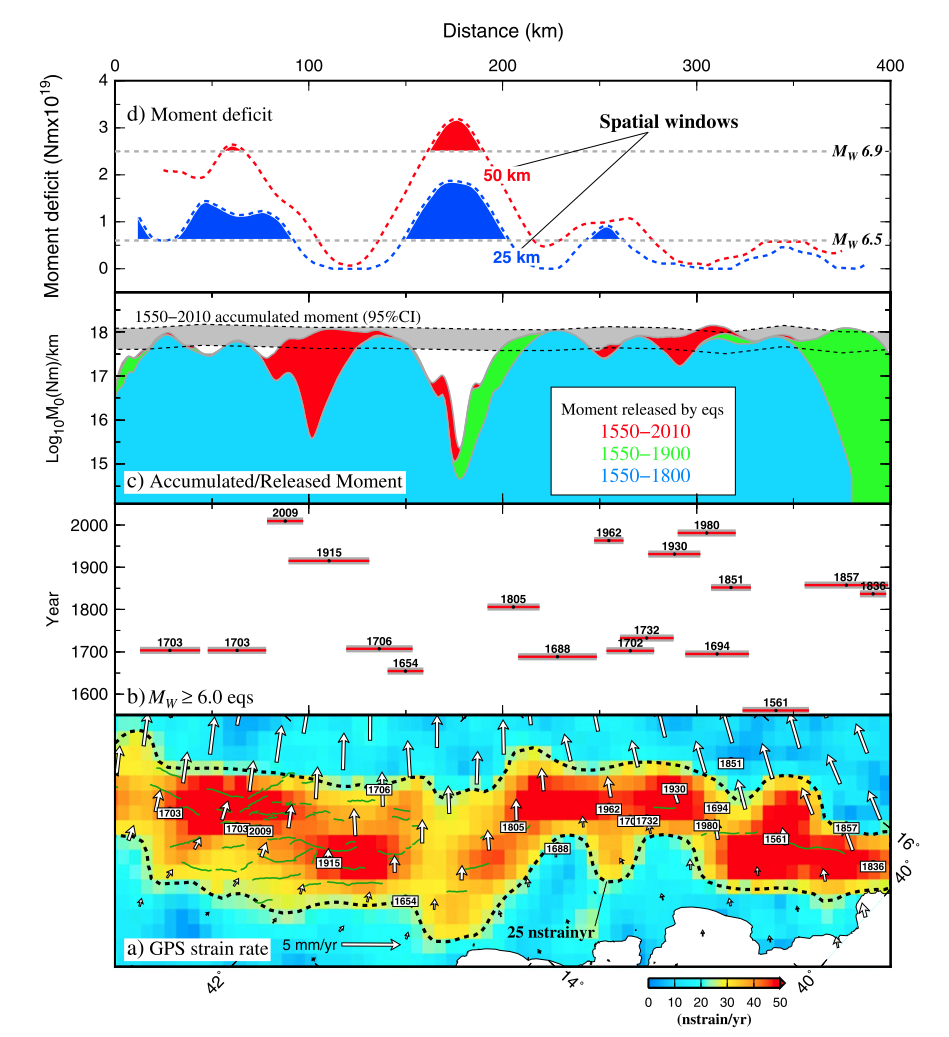