EP31D-3587:
Is Frost Cracking By Segregation Ice Growth One of the Mechanisms That Erode Bedrock River Margins?

Rivers cut vertically and laterally into bedrock. However, control on the width of bedrock rivers is an unsolved problem. In alpine settings, frost cracking is one of the mechanisms that break down bedrock. Segregation ice drives growth of ice lenses within rock masses. When the temperature of the rock is within the “frost cracking window” of -3 to -8 °C, ice lenses can attract liquid water. Expanding ice lenses can exert sufficient pressure to fracture the rock. We hypothesize that alpine rivers may promote segregation ice growth at the river margin by supplying water, but also may inhibit frost cracking by supplying heat. We find support for this hypothesis in data collected along the Tuolumne and Mokelumne rivers in the Sierra Nevada, California. A 1D heat flow model predicts that frost cracking should occur above 2325 masl in this area. To test for a river effect, we measured fracture density along the Tuolumne River at ~2600 masl, finding that density at the river margin is significantly greater than on adjacent hillslopes in the Cathedral Peak granodiorite. We then deployed data loggers on the Mokelumne River (at 2486 masl) over the winter of 2013/2014 to record water, surface and subsurface rock temperatures at varying depths and distances from the river. Temperatures within the frost cracking window were only recorded at a distance of ~5 m from the river, suggesting an insulating effect from the river and snow cover. Rock temperatures 1 m deep equilibrated at ~ 2 °C, significantly colder than predicted by the 1D model. Ongoing work includes terrestrial LIDAR scans to detect erosion of the river bank at the Mokelumne site, and development of a 2D heat flow model to predict subsurface rock temperatures for varying surface boundary conditions and channel morphology. We expect that further analysis will reveal systematic relationships between the surface boundary conditions and rock temperature at depth, enabling predictive modeling of frost cracking intensity at the river margin. 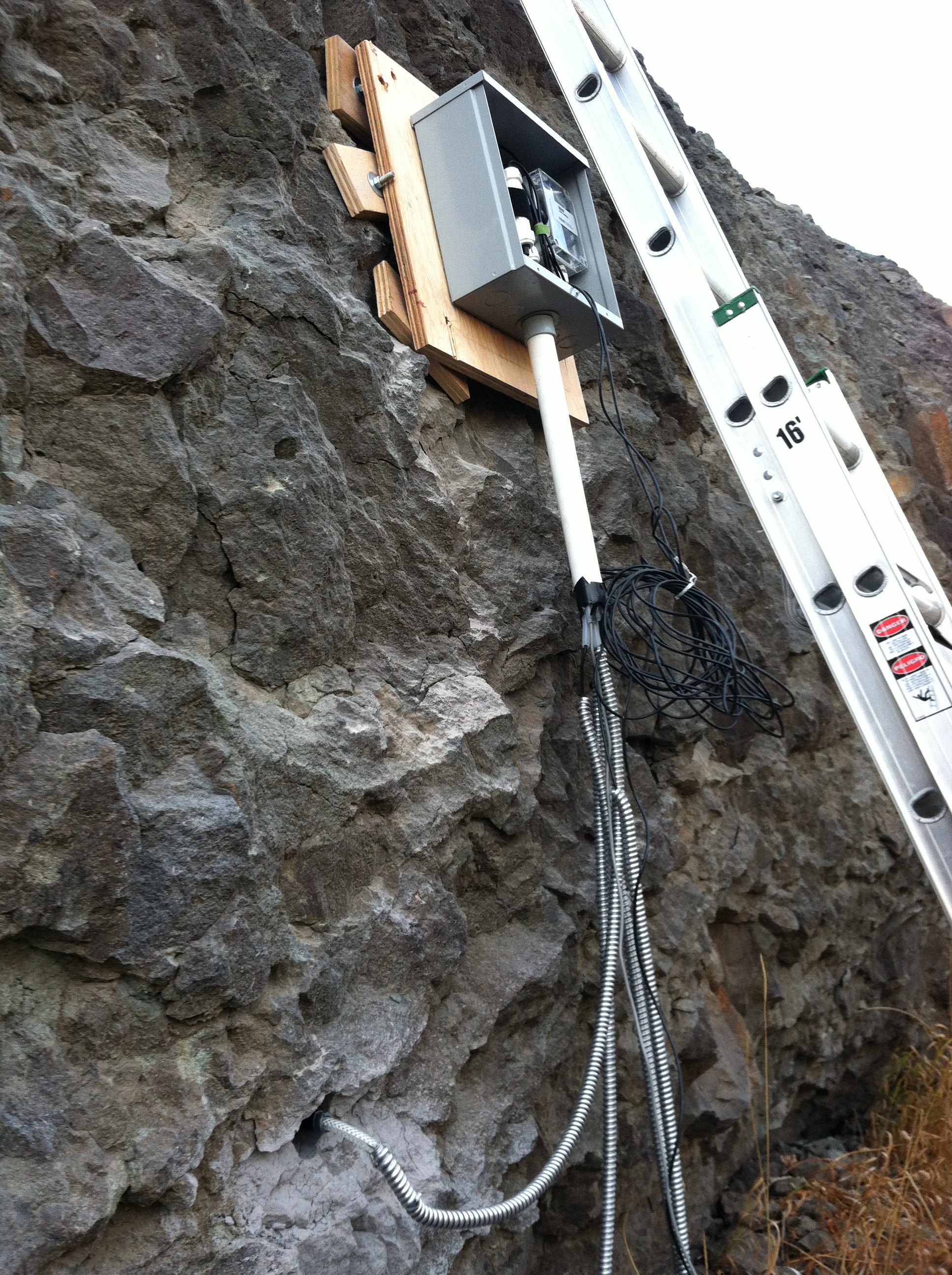