The magnetopause is a boundary separating the geospace magnetic environment from interplanetary space. Its location provides an important demarcation for satellite operators, the interpretation of plasma observations and a measure of the expected level of space weather activity. Substantial increases in the solar wind dynamic pressure and southward interplanetary magnetic field can result in a magnetopause compressed inward of geostationary orbit. In support of the needs of space weather forecasters, we have transitioned a version of the upcoming Geosynchronous Operational Environmental Satellite (GOES)-R (launch ~ early 2016) magnetopause monitoring and crossing product into operations. The current version is based on GOES-13, -14 and -15 magnetic measurements and the Shue et al. (1998) model of the magnetopause, while the future version will take advantage of GOES-R's expanded range of particle energies and derived moments to better define the magnetopause location. This paper will present lessons learned from the research to operations (R2O) process, a statistical validation of product performance, comparisons to other similar products, and a brief summary of a few geosynchronous crossings. Our statistical validation uses GOES and Los Alamos National Laboratory (LANL) satellite observations to calculate the detection performance characteristics of dayside crossings predicted by commonly used models of the magnetopause boundary including Chao et al. (2001), Petrinec and Russell (1996) and Shue et al. (1998). In our summary of important geosynchronous crossings, we briefly describe monitoring of the magnetopause during the February 2014 event, which resulted in a geosynchronous crossing and degradation of a high-latitude aircraft navigation system. The home of the Magnetopause Location and Geosynchronous Crossings monitoring and forecast product is: http://www.ngdc.noaa.gov/stp/mag_pause/ 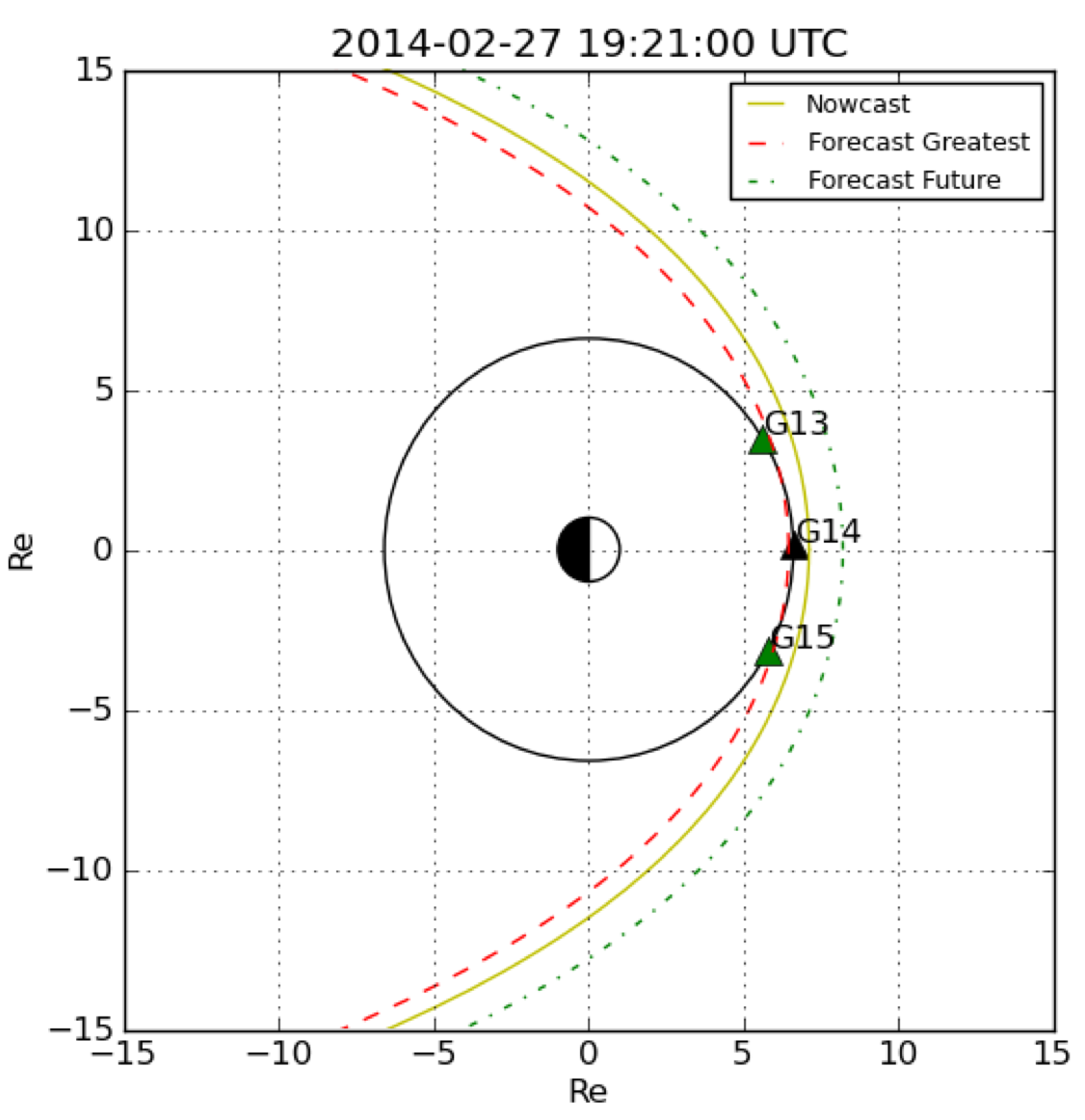