The U.S. Geological Survey (USGS), in cooperation with University and State partners, operates five volcano observatories that employ specialized software packages and computer systems to process and display real-time data coming from in-situ geophysical sensors and from near-real-time satellite sources. However, access to these systems both inside and from outside the observatory offices are limited in some cases by factors such as software cost, network security, and bandwidth. Thus, a variety of Internet-based tools have been developed by the USGS Volcano Science Center to: 1) Improve accessibility to data sources for staff scientists across volcano monitoring disciplines; 2) Allow access for observatory partners and for after-hours, on-call duty scientists; 3) Provide situational awareness for emergency managers and the general public. Herein we describe VolcView (volcview.wr.usgs.gov), a freely available, web-based platform for display and analysis of near-real-time satellite data.

Initial geographic coverage is of the volcanoes in Alaska, the Russian Far East, and the Commonwealth of the Northern Mariana Islands. Coverage of other volcanoes in the United States will be added in the future. Near-real-time satellite data from NOAA, NASA and JMA satellite systems are processed to create image products for detection of elevated surface temperatures and volcanic ash and SO2 clouds. VolcView uses HTML5 and the canvas element to provide image overlays (volcano location and alert status, annotation, and location information) and image products that can be queried to provide data values, location and measurement capabilities. Use over the past year during the eruptions of Pavlof, Veniaminof, and Cleveland volcanoes in Alaska by the Alaska Volcano Observatory, the National Weather Service, and the U.S. Air Force has reinforced the utility of shared situational awareness and has guided further development. These include overlay of volcanic cloud trajectory and dispersion models, atmospheric temperature profiles, and incorporation of monitoring alerts from ground and satellite-based algorithms. Challenges for future development include reducing the latency in satellite data reception and processing, and increasing the geographic coverage from polar-orbiting satellite platforms. 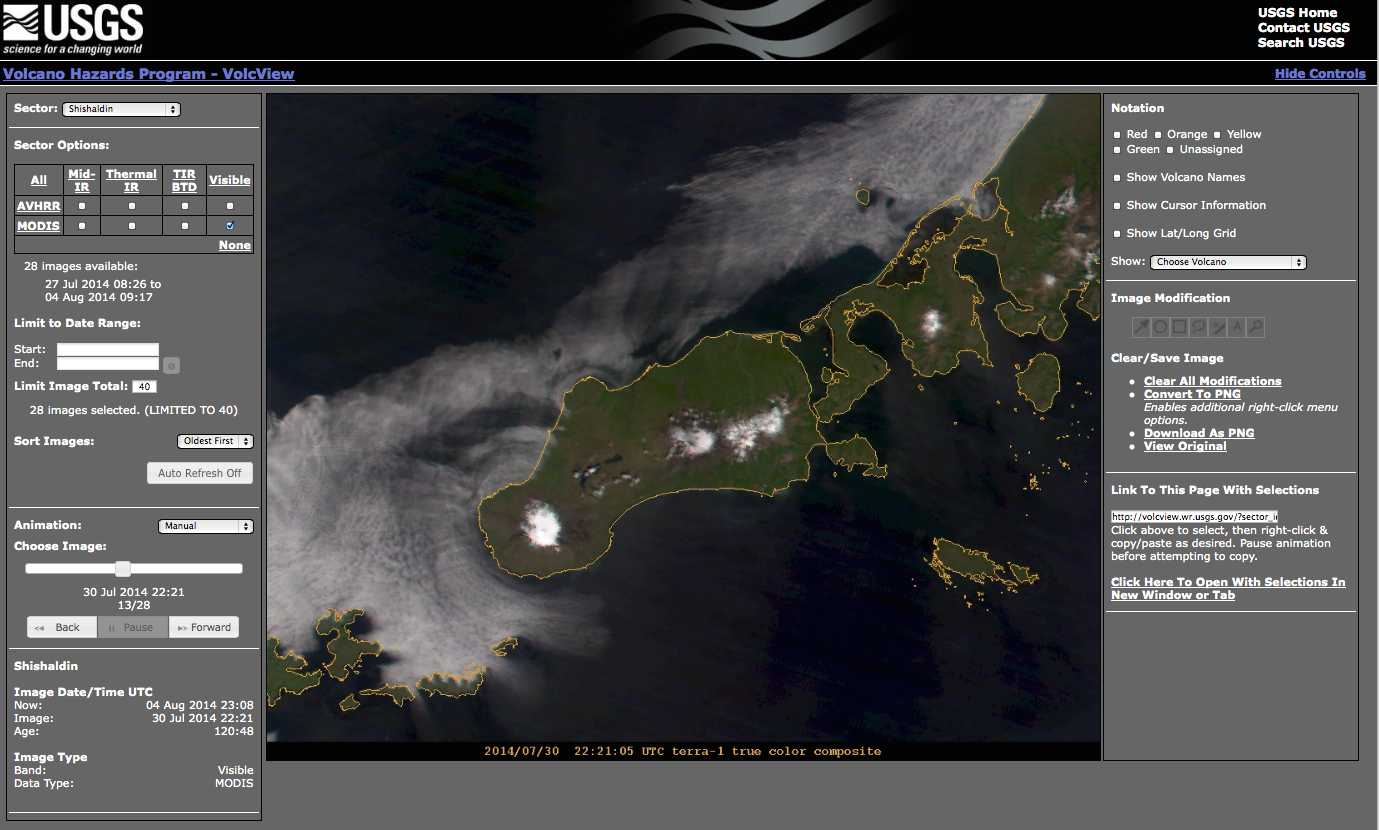