Large pelagic fishes like sharks, tuna, swordfish, and billfish spend a portion of their lives in the open ocean, yet their spatial distribution in this vast habitat remains relatively unknown. Mesoscale ocean eddies, rotating vortices with radius scales of approximately 100 km, structure open ocean ecosystems from primary producers to apex predators by influencing nutrient distributions and transporting large trapped parcels of water over long distances. Recent advances in both the tagging and tracking of marine animals combined with improved detection and tracking of mesoscale eddies has shed some light on the oceanographic features influencing their migrations. Here we show that white sharks use the interiors of anticyclonic and cyclonic eddies differently, a previously undocumented behavior. While swimming in warm, subtropical water, white sharks preferentially inhabit anticyclonic eddies compared to cyclonic eddies. In the vicinity of the Gulf Stream, the depth and duration of dives recorded by an archival temperature- and depth-recording tag affixed to a large female are shown to be significantly deeper and longer in anticyclonic eddies compared to those in cyclonic eddies. This asymmetry is linked to positive subsurface temperature anomalies generated by anticyclonic eddies that are more than 7 degrees C warmer than cyclonic eddies, thus reducing the need for these animals to expend as much energy regulating their internal temperature. In addition, anticyclonic eddies may be regions of enhance foraging success, as suggested by a series of acoustics surveys in the North Atlantic which indicated elevated mesopelagic fish biomass in anticyclones compared to cyclones. 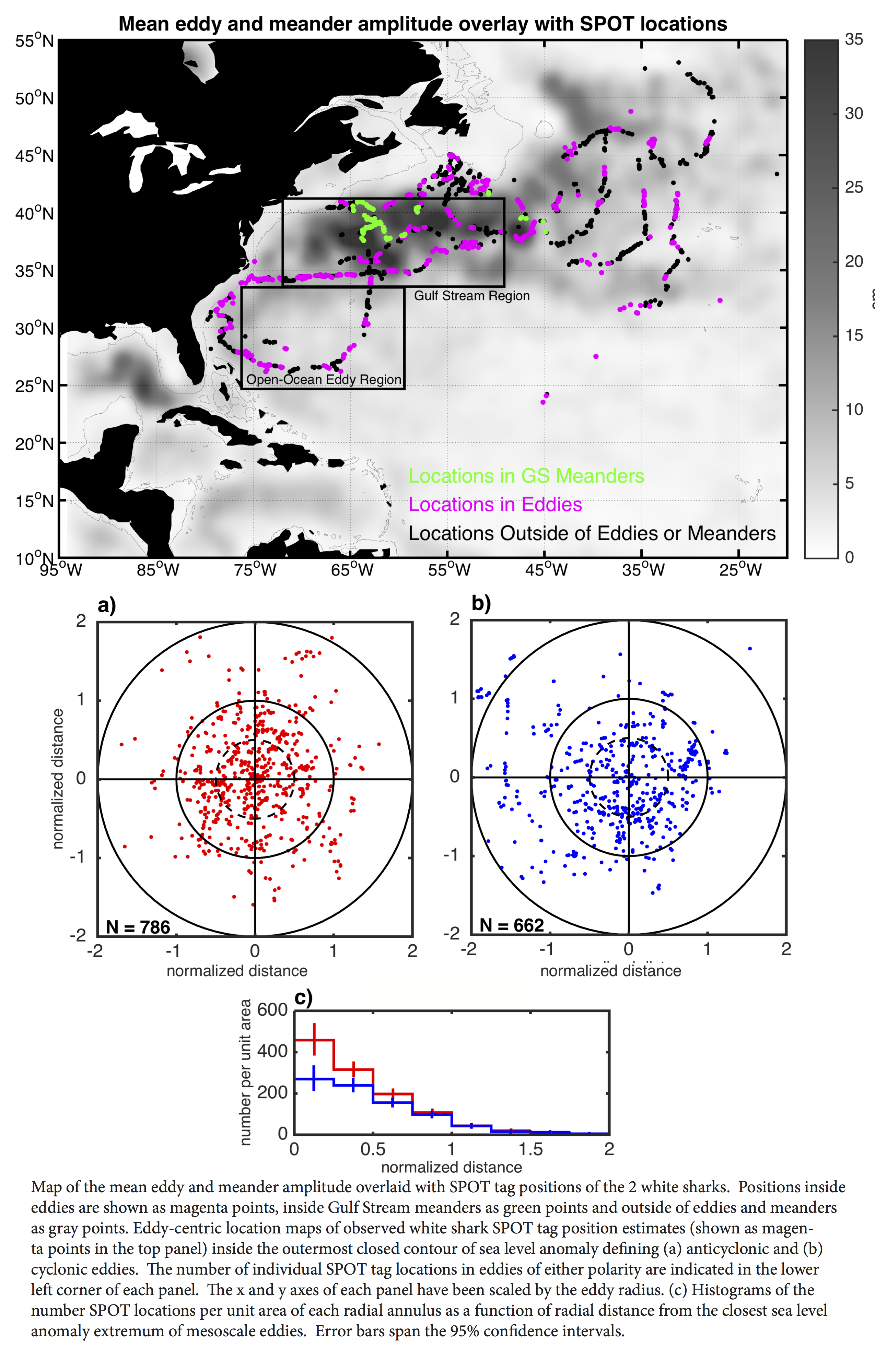 Back to: Physical-Biological Interactions at Ocean Fronts: From Processes to Predators Posters