A detailed three-dimensional hydrodynamic model was set up to study surface circulation around Tsushima Island (Japan) located in the middle of the Korea / Tsushima Strait (KTS). This detailed 3D model was forced by a regional depth-averaged model covering the entire KTS, a shallow channel (sill depth of about 140 m) connecting the broad, shallow East China Sea (depths of 50-1000m) to the much deeper Sea of Japan (depths exceeding 2000m). Detailed surface currents were needed for a study supporting The Ocean Cleanup Foundation, investigating a floating barrier to capture floating litter affecting the southwest coast of Tsushima island.

The Tsushima Warm Current (TWC) transports heat and materials through the KTS, from the East China Sea to the southern Japan Sea; tidal currents are of similar magnitude to the TWC in this shallow strait. The island of Tsushima distorts these currents and the winds over the strait drive the wind-driven flow near the surface. Winter-time cooling induces convection down to the bottom, eliminating summer-time density stratification. Consequently, various kinds of current variations are expected in the KTS. The TWC in the Western Channel is stronger than in the Eastern Channel, and it is stronger in summer and autumn than in winter and spring. The current intensities are greater in the Western Channel, where seasonal variability is also greater: January/February current residuals are of order 0.2 m/s and July/August current residuals of order 0.4 m/s.

The ERA Interim dataset (ECMWF) was used to determine relevant temporal patterns in wind speed and direction, and to force both the regional and the detailed models. Off the southwest coast of Tsushima island, the two prevailing wind conditions are from the northeast (August/September with typical counter-current winds) or from the northwest (December/January with typical onshore winds).

The regional tidal model was enhanced by adding residual oceanic currents and by including wind forcing. The detailed baroclinic model was nested from the larger model and representative density profiles forced along its boundaries providing realistic stratifications for the different scenarios. Both models were based on the Delft3D-FLOW code. Here we present some of the challenges in this model application and describe major findings. 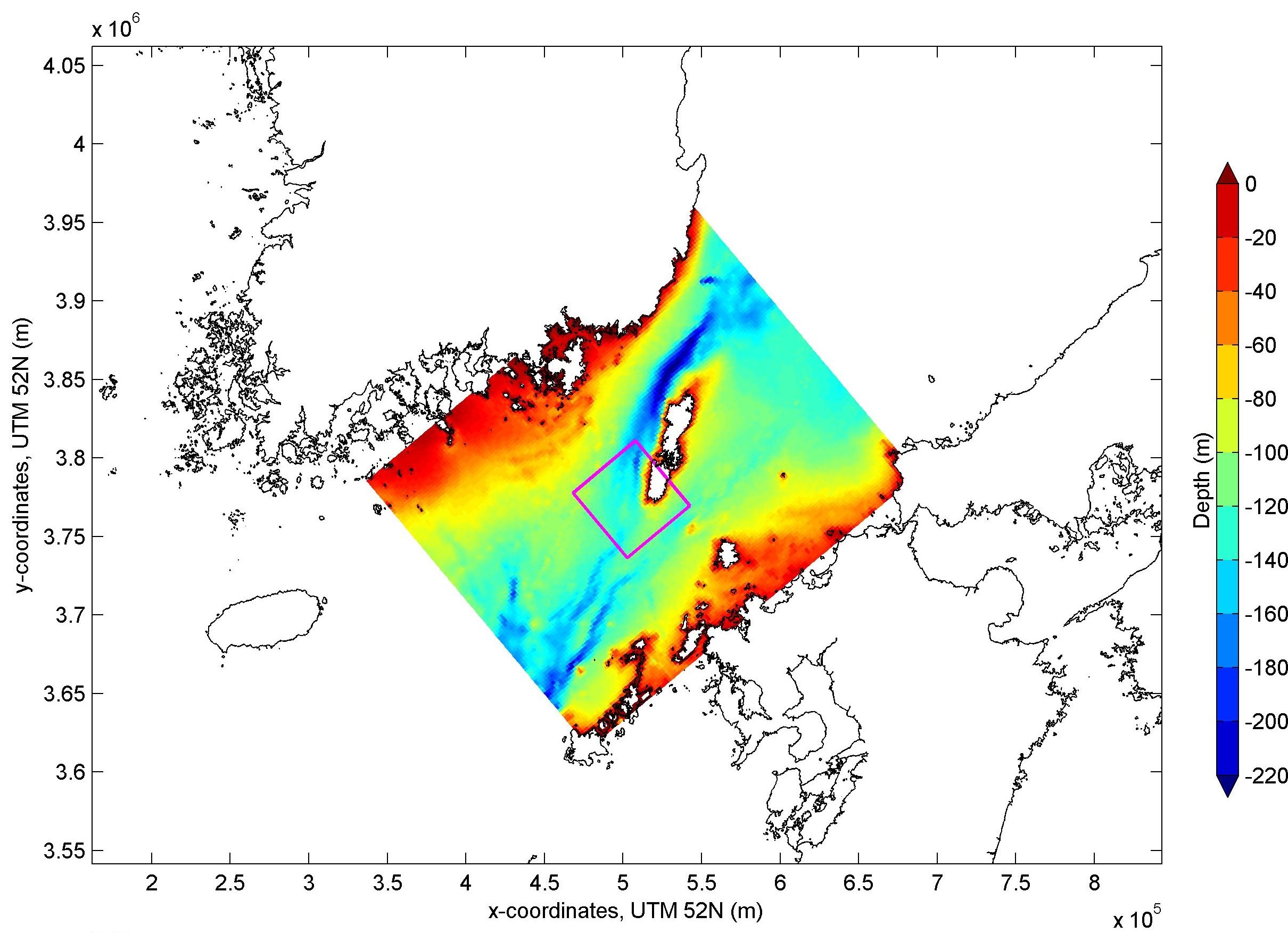 Back to: Circulation, Biogeochemistry, Ecosystems, and Their Variations in the Western North Pacific Marginal Seas I