Inducible phenotypic plasticity has long been known to impact the growth response of a wide variety of organisms, and recently has been appreciated as a determinant of biodiversity, production, and ecosystem function. However, considerable uncertainty remains about how such intra-specific trait variation may contribute to biodiversity. Photo-acclimation is a well known example of such physiological flexibility for phytoplankton. A variety of models have been developed to represent its effects on their growth, chlorophyll and nutrient content. I apply a sized-structured phytoplankton community model accounting for photo-acclimation response (FlexPFT), and a control model lacking this response, to two contrasting time-series observation sites from the North Pacific ocean: a relatively calm subtropical site (stn. S1) and a more variable subarctic site (stn. K2). As previously reported (Smith et al. J. Plankton Res. 38, 2016), compared to the control, the FlexPFT model reproduced better the available observations of size fractionated chlorophyll, nutrients, and primary production and predicted greater size diversity. I clarify that this is because phenotypic plasticity flattens fitness gradients, quantified here as specific growth rate vs. size. This effect contributed more to enhancing size diversity at the more variable subarctic site than at the calmer subtropical site. Furthermore, at both sites modelled size diversity differs substantially as calculated in terms of chlorophyll, carbon or nitrogen biomass, because the degree of flexibility differs with cell size, as a result of the size-scaling of traits. Modelled distributions of chlorophyll over size tend to be substantially less even (lower diversity) than those of either fitness or biomass. This suggests that, although much more widely available than observations of biomass or growth rate, chlorophyll-based size distributions: 1) do not directly reflect fitness gradients, and 2) should be interpreted with care. 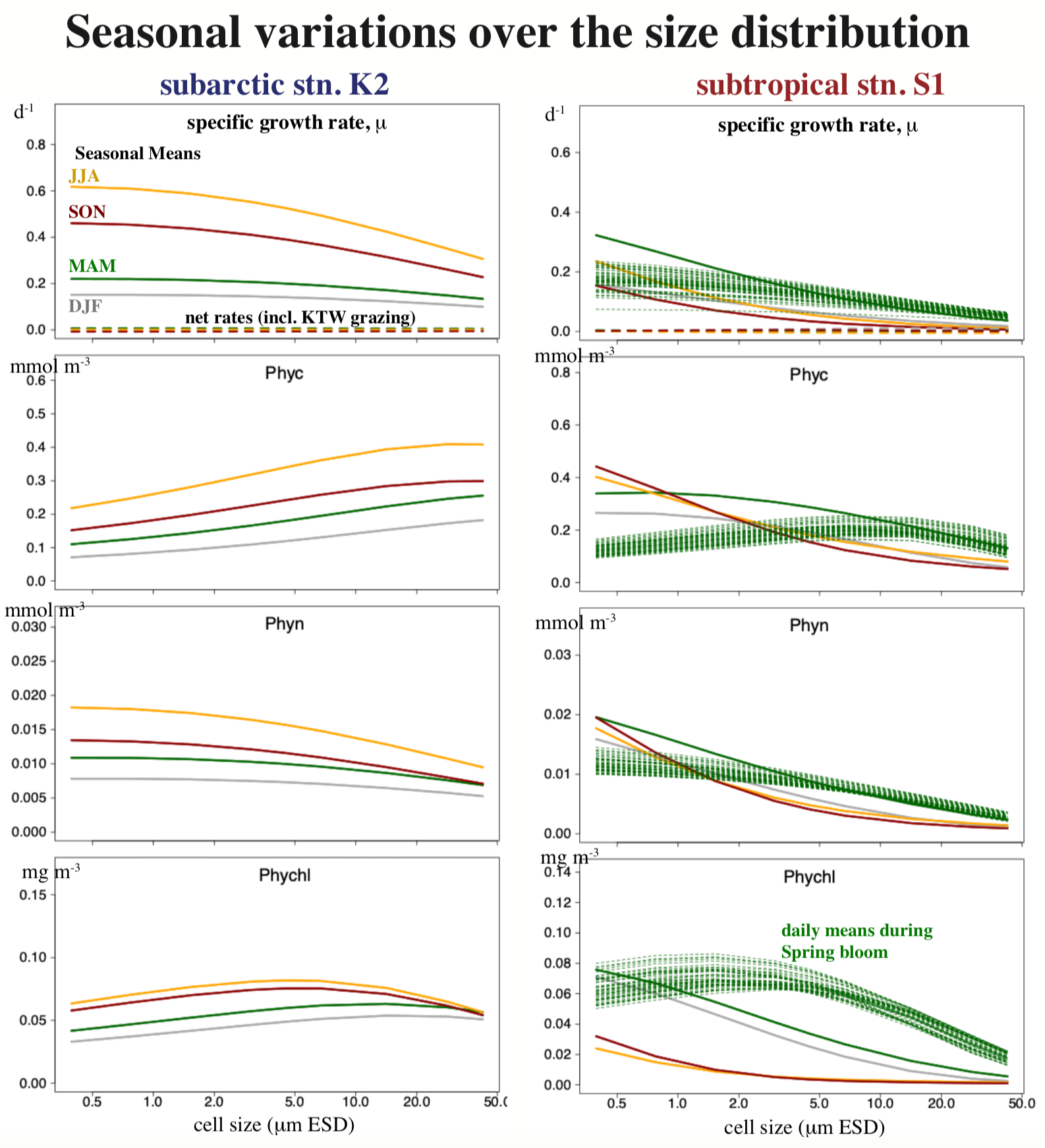 Back to: The Role of Cell Size and Plankton Community Structure As Drivers of Ocean Metabolism Posters