We present a combined 3D P-wave attenuation, 2D S-coda attenuation, and 3D S-coda scattering tomography model of fluid pathways, feeding systems, and sediments below Mount St. Helens (MSH) volcano between depths of 0 and 18 km. High-scattering and high-attenuation shallow anomalies are indicative of magma and fluid-rich zones within and below the volcanic edifice down to 6 km depth, where a high-scattering body outlines the top of a deeper aseismic velocity anomaly. Both the volcanic edifice and these structures induce a combination of strong scattering and attenuation on any seismic wave-field, particularly those recorded on the northern and eastern flanks of the volcanic cone. North of the cone, between depths of 0 and 10 km, a low-velocity, high-scattering, and high-attenuation north-south trending trough is attributed to thick piles of Tertiary marine sediments within the St. Helens Seismic Zone. A laterally-extended 3D scattering contrast at depths of 10 to 14 km is related to the boundary between upper and lower crust, and caused in our interpretation by the large scale interaction of the Siletz terrane with the Cascade arc crust. This contrast presents a low scattering, 4-6 km2 “hole” under the north-eastern flank of the volcano. We infer that this section represents the main path of magma ascent from depths greater than 6 km at MSH, with a small north-east shift in the lower plumbing system of the volcano. We conclude that combinations of different non-standard tomographic methods, and particularly the application of full-waveform tomography to highly heterogeneous media, represent the future of seismic volcano imaging. 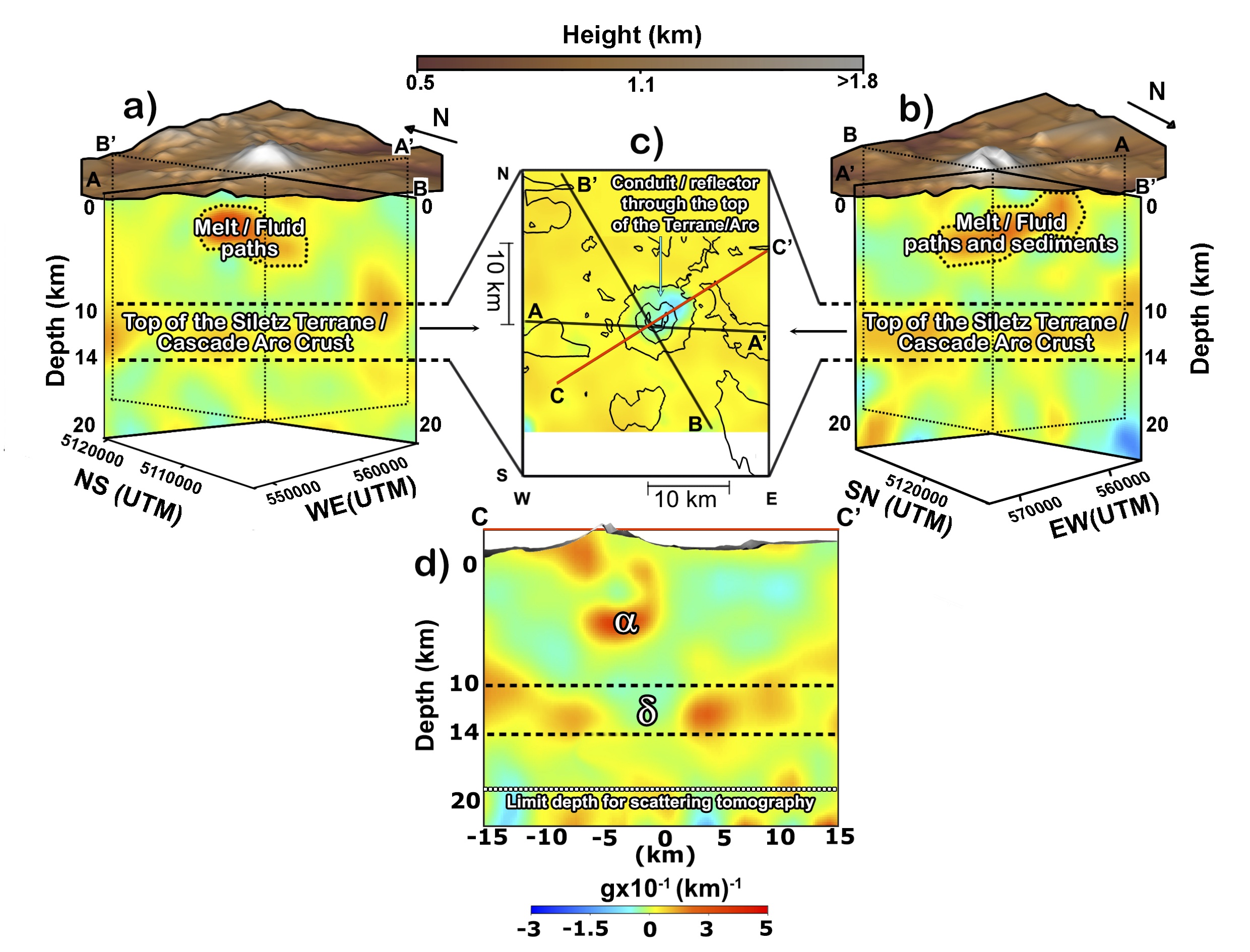