Mount Rainier towers over the landscape of western Washington, ranking with Fuji-yama in Japan, Mt. Pinatubo in the Philippines, and Mt. Vesuvius in Italy, as one of the great stratovolcanoes of the world. Notwithstanding it's picturesque stature, Mt. Rainier is potentially the most devastating stratovolcano in North America, with more than 3.5 million people living beneath its shadow in the Seattle-Tacoma area. The primary hazard posed by the volcano is in the form of highly destructive volcanic debris flows (lahars). These lahars form when water and/or melted ice erode away and entrain preexisting volcanic sediment. At Mt. Rainier these flows are often initiated by sector collapse of the volcano’s hydrothermally rotten flanks and compounded from Mt. Rainier’s extensive snow and glacial ice coverage. It is therefore imperative to ascertain the extent of summit hydrothermal alteration within the volcano, and determine areas prone to collapse. Despite being one of the sixteen volcanoes globally designated by the International Association of Volcanology and Chemistry of the Earth's Interior as warranting detailed and focused study, Mt. Rainier remains enigmatic both in terms of shallow internal structure and the degree of summit hydrothermal alteration. We image this shallow internal structure and areas of possible summit alteration using ambient noise tomography. Our full waveform forward modeling includes high-resolution topography, allowing us to accurately account for the effects of topography on the propagation of short-period Rayleigh waves. Empirical Green’s functions were extracted from 80 stations within 200 km of Mount Rainier and compared with synthetic greens functions over multiple frequency bands from 2-28 seconds. The preliminary model shows a broad (60 km wide) low shear-wave velocity anomaly in the mid-crust beneath the volcano. The mid-crust low-velocity body extends to the surface beneath the volcano summit in a narrow near-vertical conduit, the likely path of magma ascent. There is a peculiar aseismic high Vs and low Vp/Vs zone (possibly indicative of a high quartz bearing lithology) beneath the eastern edifice. We interpret it as a possible remnant of a more felsic (and perhaps more explosive) proto Mount Rainier volcano. 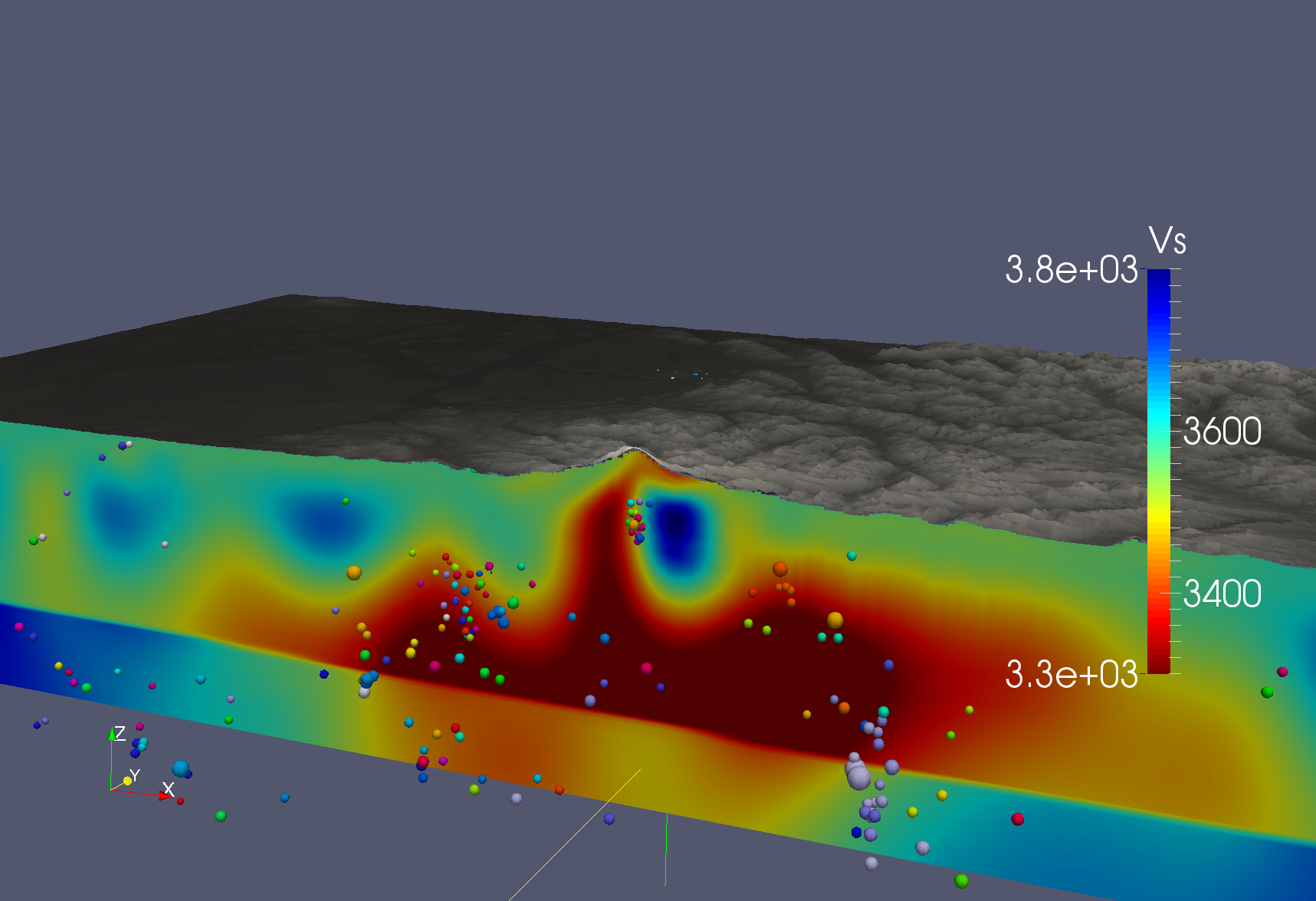