The Westward Expansion of the mid-1800s directly impacted the distribution of moisture in the South Platte River Basin (SPRB) by changing land surfaces from natural rangelands, grasslands, and shrublands to a disturbed state of urbanized cities, livestock pastures, and irrigated croplands. Changing land surfaces repartitions latent and sensible energy surface fluxes and inadvertently results in changes to the regional climate. In this study, we examined the impacts of land-use change on the meteorology and climate in the South Platte River Basin, a region sensitive to water-use management.

WRF-ARW v3.4.1 was used to downscale the reanalysis of a climatologically normal summer (2010) to 0.5 km horizontal resolution over the SPRB. To analyze meteorological and climatological effects of land-use changes in northeastern Colorado, a control run where no changes to the input data was compared with a run which changed land-use index from anthropogenic-influenced landscapes back to their original vegetative land cover. Notable changes in the Bowen ratio around urban and irrigated lands as well as an enhancement of the mountain-valley circulation east of the Rocky Mountains were observed due to land-use changes. Output from the control run of the WRF simulation were used as a baseline for running a simulation to 2100 using a newly-developed multi-scale modeling framework based on the Community Earth System Model, which explicitly resolves convection in global climate model grid cells. Results of changing IDF curves over the 21st century can be compared with results shown in national and international documents such as the National Climate Assessment and Intergovernmental Panel on Climate Change reports and used as planning tools for optimizing the balance of water management between agriculture communities and municipalities in Colorado. 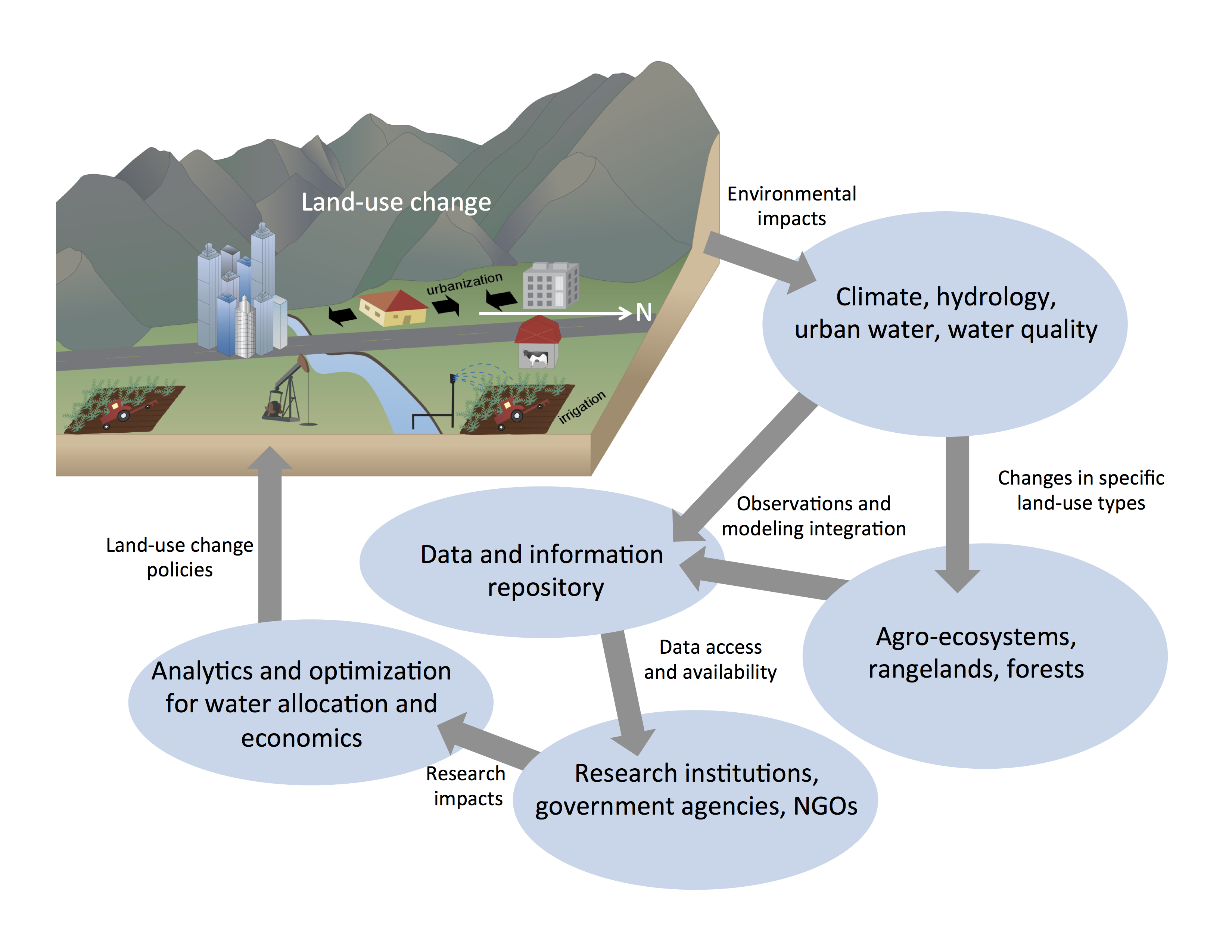