A54E-07:
Evaluating the Respective Impact of the Radiative Forcing and Fertilization Response of Vegetation to a Carbon Dioxide Enriched Atmosphere during Severe Heatwaves in Western Europe

In a CO2 enriched atmosphere, vegetation-land-atmosphere interactions can change the intensity of extreme meteorological episodes like heatwaves, alter the timing of occurrence and modify the way they evolve. We propose to focus on the 2003 heatwave in Western Europe. How this extreme meteorological event would be different under CO2 atmospheric concentration expected for 2100?

We measure opposite effects on the surface temperature from the radiative forcing (warming effect) and from the vegetation response (cooling effect), even if in both cases the effect stays relatively small. Both effects partly compensate each other in future conditions simulation (see Figure 1). None of the investigated feedback overtakes the other one. Latent heat seems to play a key role. 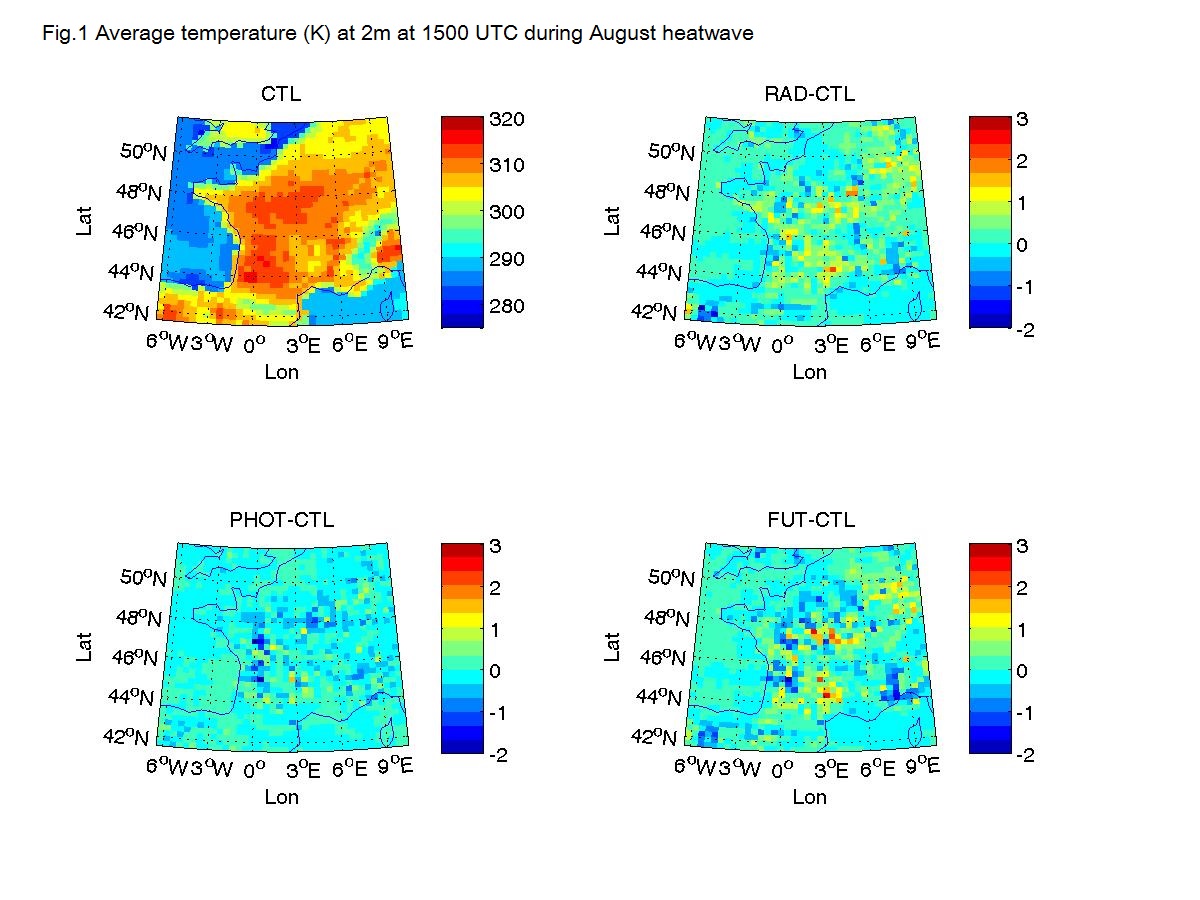