Ultra-low frequency anomalies in the magnetic and electric fields have been reported prior to several earthquakes. Because most prominent ULFEM anomalies have thus far only been observed on individual stations, some authors have argued that some of these anomalies have an instrumental cause, rather than being earthquake precursors.

Two independent ULFEM networks are presently operating in the greater San Francisco Bay Area; one managed by the U.S. Geological Survey (USGS) and Stanford University and the other by QuakeFinder (QF).The case that these anomalies are not instrumental would be strengthened by a demonstration that identical anomalies are seen on the two networks, despite their different components (magnetometers, digitizers and telemetry). A detailed comparison of the two systems will allow data from each of the two networks to be used to confirm anomalies and to evaluate potential precursor signals.

To provide this comparison, the USGS-Stanford and QF acquired data on two independent ULFEM systems at the USGS-Stanford ULFEM station located at the Jasper Ridge Biological Preserve, CA, from March 31–May 13, 2014. The two systems were set up~50m from each other and away from potential sources of noise. Both systems recorded the magnetic field with induction coils oriented along the three cardinal directions aligned with magnetic north.

The results of this experiment reveal that the two systems have very similar response functions and comparable noise and drift characteristics. Both complex “noise” (a, b) and single discrete pulses (c, d) were recorded with essentially identical characteristics by the two systems. We also found, in a few instances, where the signals were observed on one system but were absent on the other, clearly indicating either internal system noise or reflecting extremely local site phenomena affecting a single system. 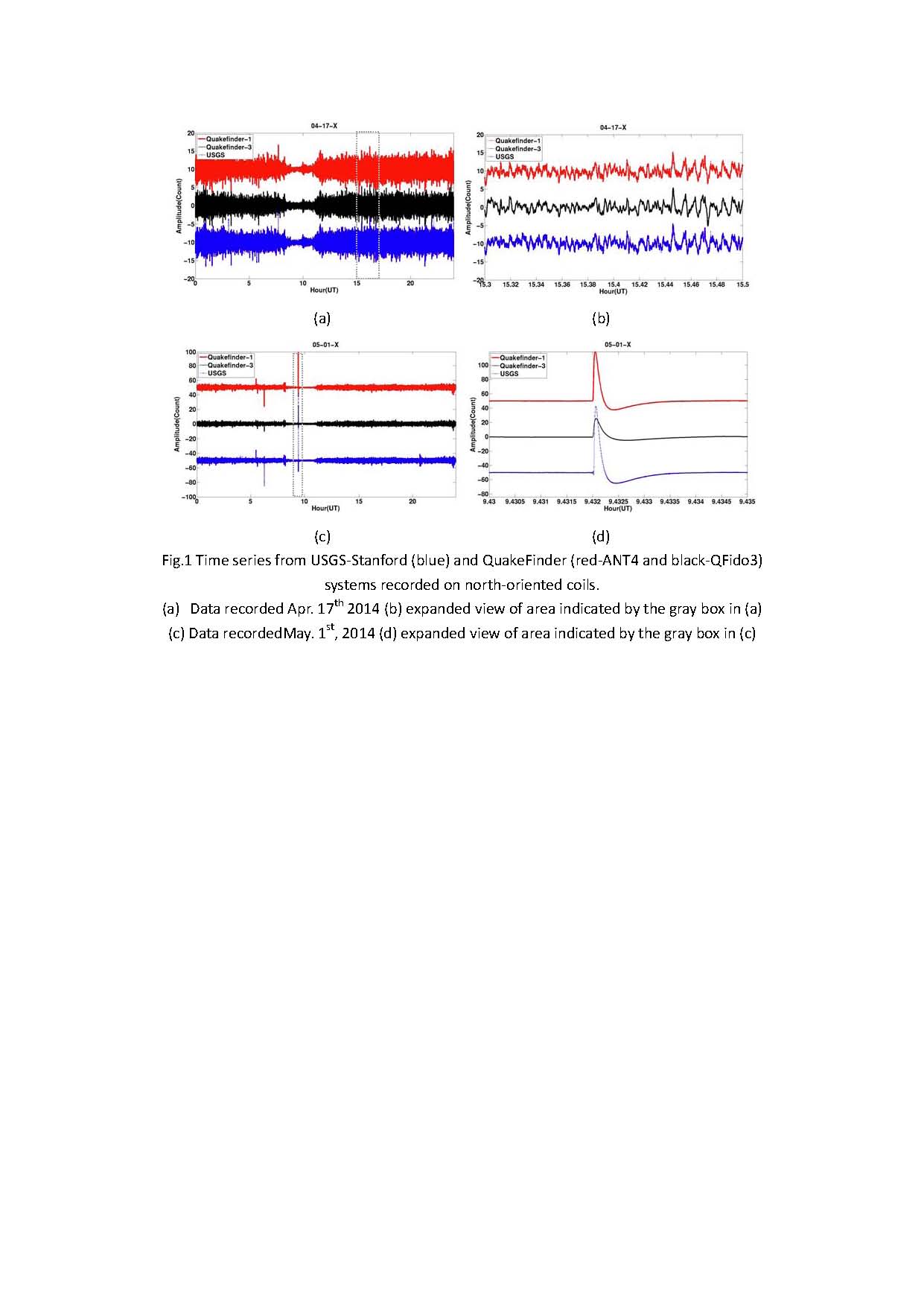