Planetary rotation rate is a key parameter in determining atmospheric circulation and hence the spatial pattern of clouds. Since clouds can exert a dominant control on planetary radiation balance, rotation rate could be critical for determining mean planetary climate. Here we investigate this idea using a three-dimensional general circulation model with a sophisticated cloud scheme. We find that slowly rotating planets (like Venus) can maintain an Earth-like climate at nearly twice the stellar flux as rapidly rotating planets (like Earth). This suggests that many exoplanets previously believed to be too hot may actually be habitable, depending on their rotation rate. A particularly striking example of the importance of rotation rate suggested by our simulations is that a planet with modern Earth's atmosphere, in Venus' orbit, and with modern Venus' (slow) rotation rate would be habitable. This would imply that if Venus went through a runaway greenhouse, it had a higher rotation rate at that time.

The explanation for this behavior is that slowly rotating planets have a weak Coriolis force and long daytime illumination, which promotes strong convergence and convection in the substellar region. This produces a large area of optically thick clouds, which greatly increases the planetary albedo. In contrast, on rapidly rotating planets a much narrower belt of clouds form in the deep tropics, leading to a relatively low albedo. The different spatial patterns of clouds causes the inner edge of the the habitable zone around stars to depend strongly on the planetary rotation rate (Figure 1 below). 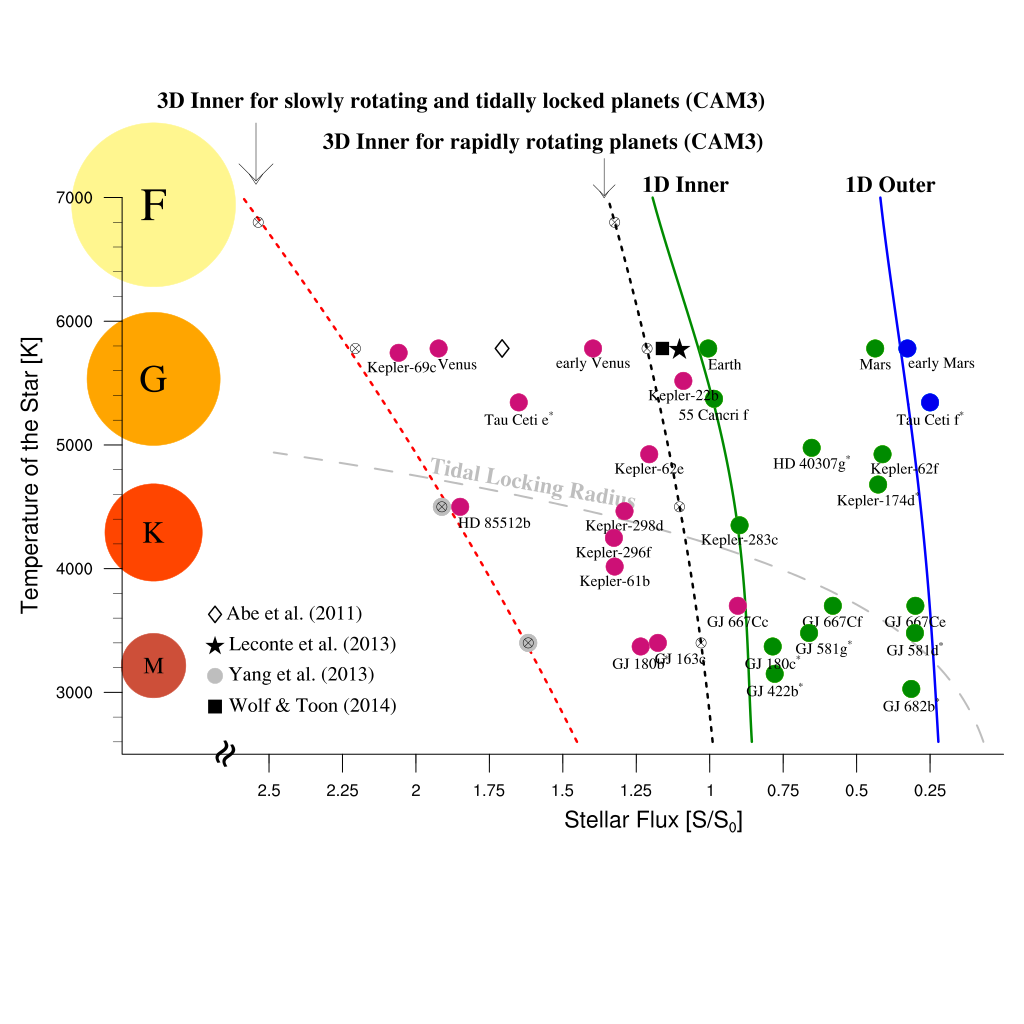