Mermaids have been developed to improve seismic data coverage in the oceanic domain for imaging of the Earth's interior. Though housed in conventional Argo-type floats, hardware and software was developed to analyze acoustic signals and determine whether an earthquake has been recorded, and whether the Mermaid should to come up to the surface and transmit to the satellite. In contrast to the passive Argo floats, Mermaids are essentially floating computers that decide for themselves what to do.

After testing in the Mediterranean and Indian Ocean and improving the concept for more than a year, we recently started two fully scientific experiments using Mermaids. In cooperation with Inocar, we deployed a fleet of 10 Mermaids in May 2014 around the Galapagos islands from the LAE Sirius to study the suspected mantle plume beneath these islands. We are interested in plumes because we do not understand very well how the mantle has retained an almost constant temperature for three or four billion years, an essential condition for life to develop. The depth of mantle plumes is an important unknown, because it may tell us how well the lower mantle is able to transmit heat into the upper mantle.

A second experiment is taking place in the Ligurian Sea. This basin opened with a rifting phase in late Oligocene. The rifting phase of the Ligurian basin is followed by the Corsica - Sardinia block counterclockwise rotation, but the deeper causes of this are still poorly understood. Three Mermaids are deployed, and re-deployed after drifting too far west, to augment the P arrivals observed for 6 months with 5 OBS’s during the 2008 Grosmarin campaign.

The experience obtained with this first generation of Mermaids has led to the development of a new multidisciplinary float (Multimermaid), which is programmable, able to carry up to 8 sensors to a depth of 3000 m, and with a duration of at least five years. 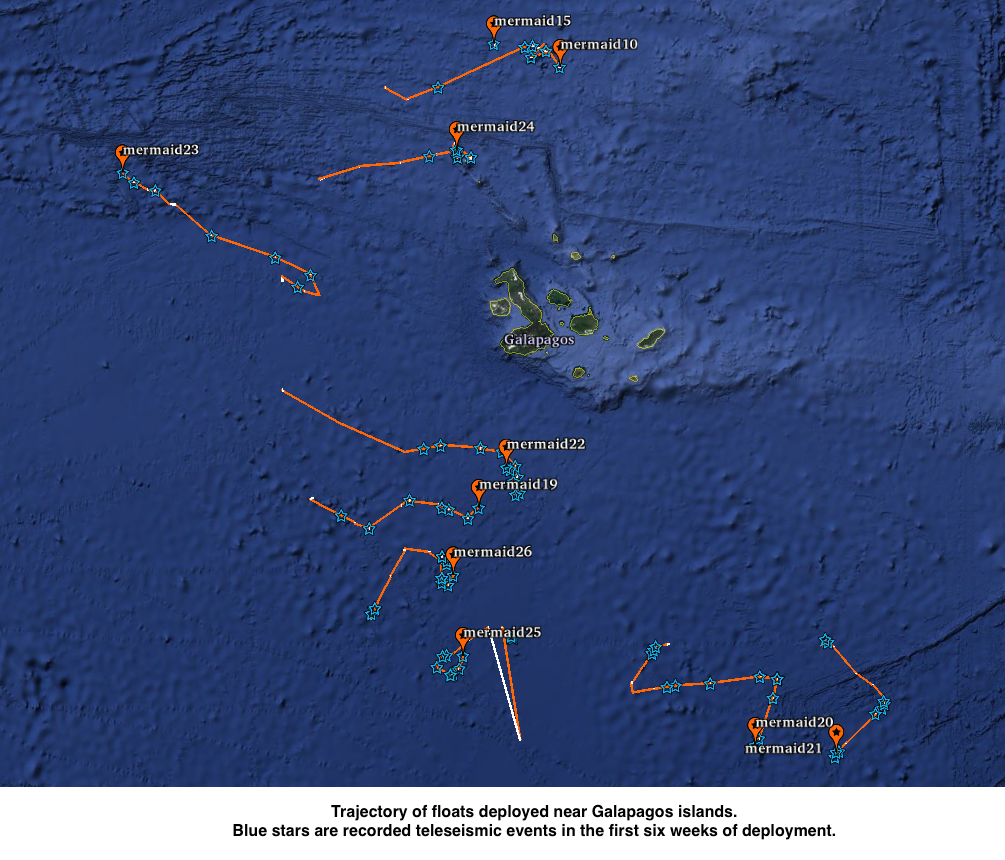