The PRISM monthly climatology has been widely used by various agencies for diverse purposes. In the River Forecast Centers (RFCs), the PRISM monthly climatology is used to support tasks such as QPE, or quality control of point precipitation observation, and fine tune QPFs. Validation studies by forecasters and researchers have shown that interpolation involving PRISM climatology can effectually reduce the estimation bias for the locations where moderate or little orographic phenomena occur. However, many studies have pointed out limitations in PRISM monthly climatology. These limitations are especially apparent in storm events with fast-moving wet air masses or with storm tracks that are different from climatology. In order to upgrade PRISM climatology so it possesses the capability to characterize the climatology of storm events, it is critical to integrate large-scale atmospheric conditions with the original PRISM predictor variables and to simulate them at a temporal resolution higher than monthly. To this end, a simple, flexible, and powerful framework for precipitation estimation modeling that can be applied to very large data sets is thus developed.

In this project, a decision tree based estimation structure was developed to perform the aforementioned variable integration work. Three Atmospheric River events (ARs) were selected to explore the hierarchical relationships among these variables and how these relationships shape the event-based precipitation distribution pattern across California. Several atmospheric variables, including vertically Integrated Vapor Transport (IVT), temperature, zonal wind (u), meridional wind (v), and omega (ω), were added to enhance the sophistication of the tree-based structure in estimating precipitation. To develop a direction-based climatology, the directions the ARs moving over the Pacific Ocean were also calculated and parameterized within the tree estimation structure. The results show that the involvement of the atmospheric variables in addition to the applications of the decision tree algorithm can aptly capture the precipitation distribution patterns of extreme events. This generated storm-based precipitation climatology can be used to improve the quality of Mountain Mapper procedures in the RFCs. 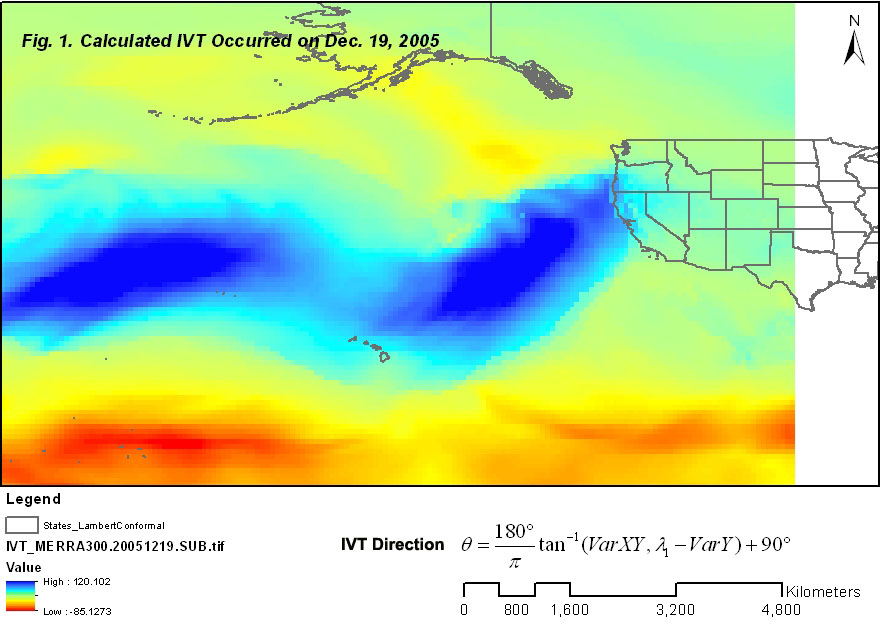