A53J-3335:
The Impacts of California’s San Francisco Bay Area Gap on Precipitation Observed in the Sierra Nevada during Hmt and Calwater

The National Oceanic and Atmospheric Administration (NOAA)’s Hydrometeorology Testbed (HMT; hmt.noaa.gov) conducts research on the meteorological and microphysical processes contributing to orographically enhanced precipitation. Some of HMT’s precipitation research has been focused on a shallow rainfall process driven by collision-coalescence that often is undetected by the National Weather Service’s operational scanning radar network, especially in the Western U.S., but that can produce rain rates that are capable of creating floods. Originally it was believed that this shallow rainfall process would occur more prevalently over the coastal mountain ranges than over the Sierra Nevada, since the higher mountains of the Sierra would force deeper atmospheric ascent and produce deeper precipitating cloud systems that extend well above the melting level. This notion was disproved when it was recently discovered that a site in the northern Sierra had nearly as large of a contribution to seasonal rainfall from this shallow rainfall process, on average, as did a habitually wet site in the coast range of Sonoma County north of San Francisco. This work examines this apparent paradox using observations collected during HMT and CalWater field campaigns. In particular, a case study from CalWater is used to highlight the interaction between a landfalling atmospheric river (AR) and the Sierra Barrier Jet (SBJ). The gap in coastal terrain associated with the San Francisco Bay area is shown to allow unprocessed, moisture-enhanced flow in the AR to reach the northern Sierra site, where the SBJ provides a lifting mechanism to create enhanced orographic precipitation as compared to a site in the southern Sierra, where AR-associated dynamics are weaker and AR flow is modified by upstream coastal terrain. 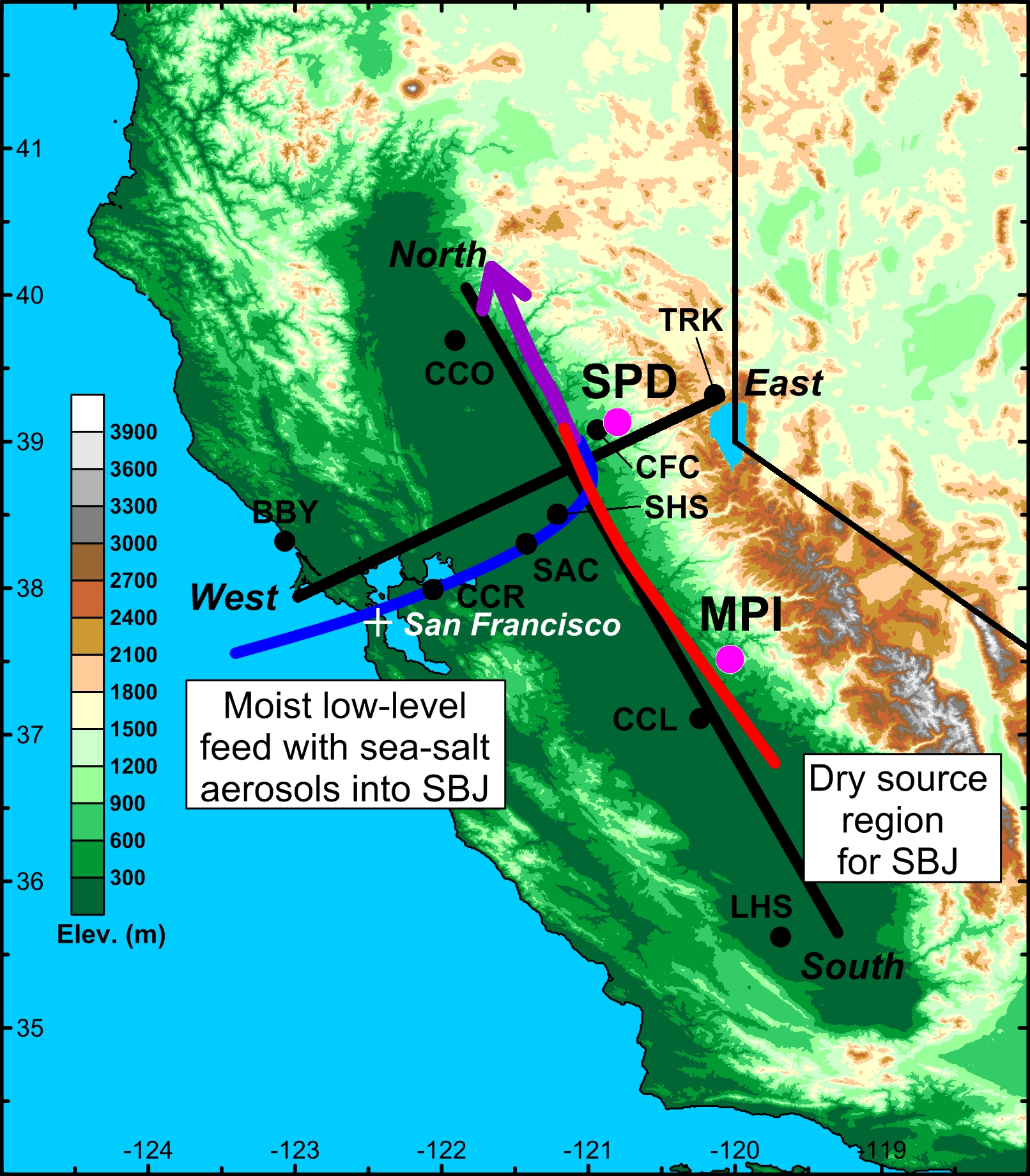