Between Saturn Orbit Insertion in July 2004 and the present, the Magnetospheric IMaging Instrument (MIMI) on the Cassini spacecraft has measured electrons and ions (energies ~5 keV to over 10 MeV and energetic neutrals (energies ~5 – 200 keV) throughout Saturn’s magnetosphere including Saturn’s bow shock and magnetopause, plasma sheet, magnetotail, and cis-moon spaces. MIMI observations have included auroral acceleration, magnetotail reconnection, global and local-scale injection events, identifications of charged particle species,, dual and multiple periodicities associated with planetary rotation, and the seasonal variations of many of these phenomena. Most recent MIMI investigations have shown (1) short-period charged-particle oscillations (~1 hour) at high latitude are associated with similar magnetic field, radio, and aurora variations (2) quasi-periodic relativistic electron injection in Saturn’s outer magnetosphere, (3) modeling of radiation belt particles to explain their distribution and energy spectrum, and to anticipate the population inside the D-ring, (4) continuing the imaging of energetic neutral atoms (ENAs) from the heliosheath and beyond, (5) characterizing the interaction of Titan with the un-shocked solar wind, (6) deep tail observations supporting the “bowl model” of plasma sheet curvature, (7) asymmetries in the charged particles that are associated with a still-unexplained noon-midnight electric field, (8) local time variations in the energetic particle periodicities, (9) and signatures of satellite-magnetosphere interactions and their implications for both the body and the whole system.

During the final sets of orbits of the Cassini Mission at Saturn (dubbed the Grand Finale, which includes the F-ring—periapsis outside the F-ring—and the Proximal Orbits—periapsis between the innermost D-ring and the atmosphere), MIMI will make the first-ever measurements of the innermost radiation belts of Saturn, detailed ENA imaging of charged particle acceleration above the high-latitude polar caps, composition of any energetic plasma between the rings and the ionosphere, and evidence for coupling between the rings, ionosphere, and magnetosphere. 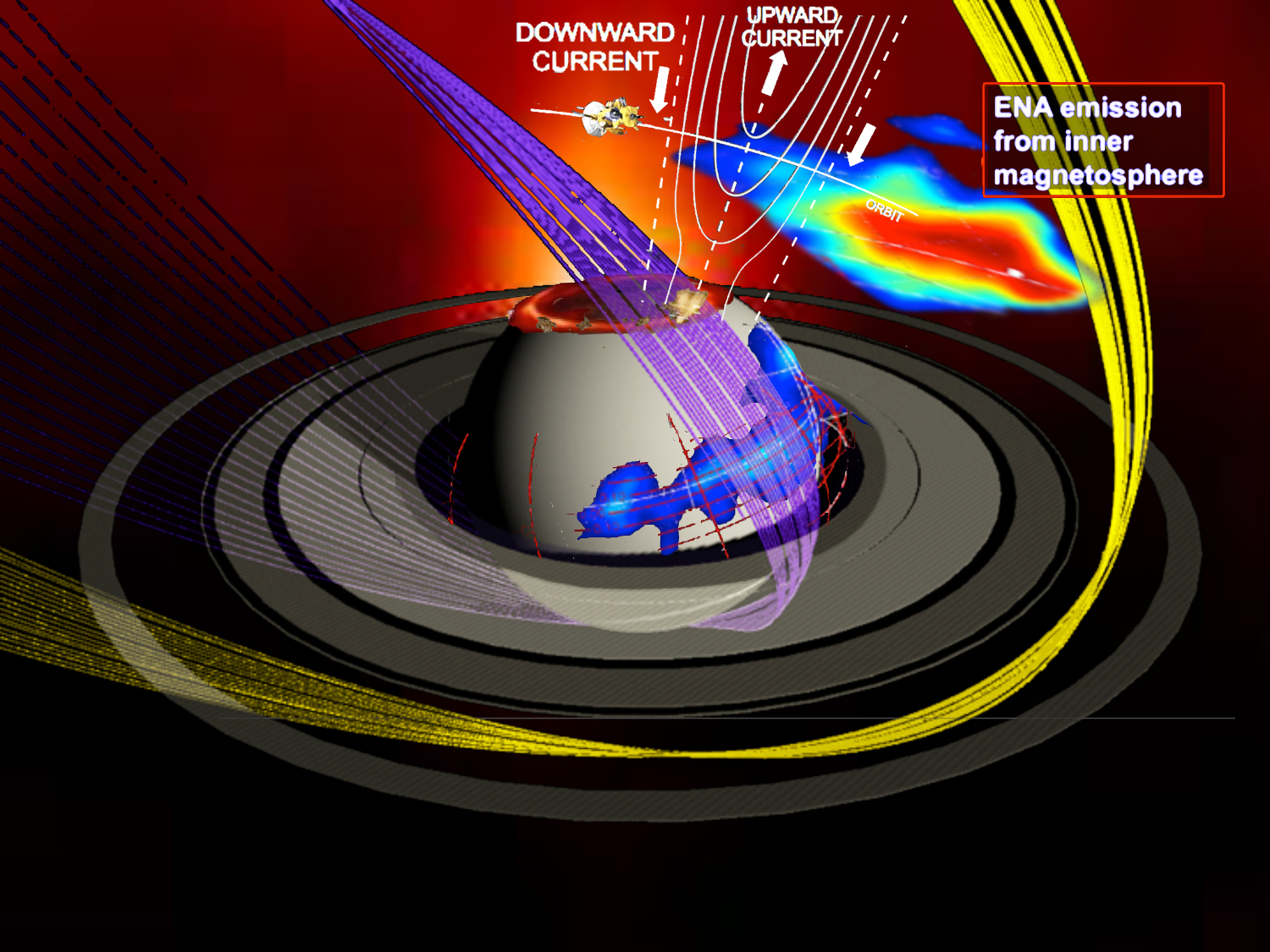