Observations of energetic ions and electrons (>5 keV) were made by the Cassini/MIMI instrument during eight passes through the deep magnetotail of Saturn (r > 20 RS, 1 RS = 60268 km) in 2013 and 2014. The eight passes consumed a total of 94 days. For each deep tail pass, the MIMI detectors recorded fluxes that maximized at the center of the plasma sheet. The plasma sheet crossings can be organized using the Arridge bowl model, if a bowl “hinge” distance RH can be assigned. The hinge parameter can be computed for each pass by finding the best-fit to the flux centroids of each pass. For 41-64 keV electrons, RH = 20.8 ± 5.0 RS, although other species and energies give somewhat different hinge distances. The charged particles also exhibit strong planetary period oscillations during the deep tail passes. The oscillations have a mean period of 10.88±0.89 hours, which is very close to the SKR and MAG periodicities measured in the inner magnetosphere. Thus, even at distances approaching ~60 RS down the tail, these periodicities can be recognized. 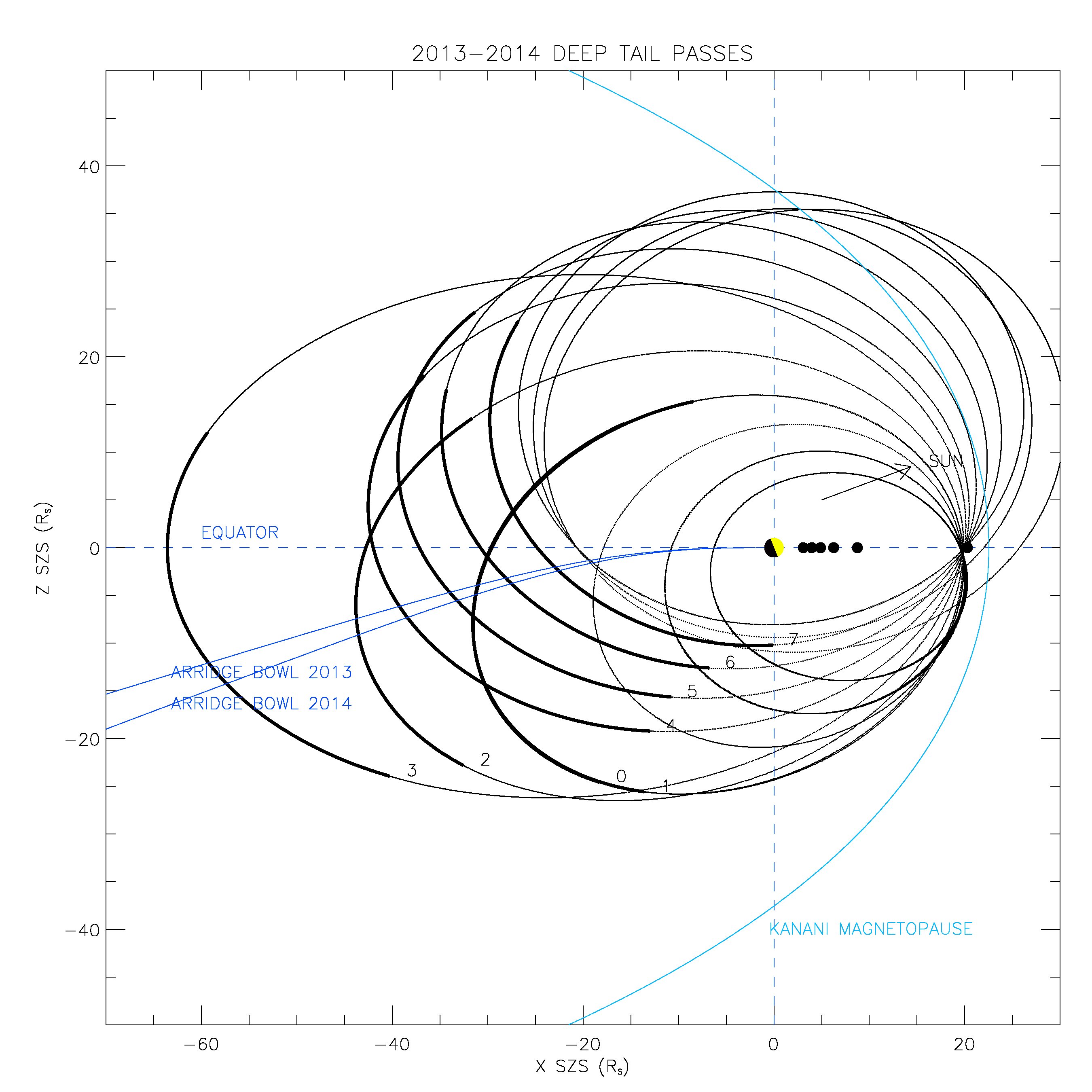