We use four years of THEMIS double-probe measurements to offer, for the first time, a complete picture of the dawn-dusk electric field covering all local times and radial distances in the inner magnetosphere based on in situ equatorial observations. This study is motivated by the results from the CRRES mission, which revealed a local maximum in the electric field developing near Earth during storm times, rather than the expected enhancement at higher L shells that is shielded near Earth. The CRRES observations were limited to the dusk side, while THEMIS provides complete local time coverage. We show strong agreement with the CRRES results on the dusk side, with a local maximum near L = 4 for moderate levels of geomagnetic activity and evidence of strong electric fields inside L = 3 during the most active times. The extensive dataset from THEMIS also confirms the day/night asymmetry on the dusk side, where the enhancement is closest to Earth in the dusk-midnight sector, and is farther away closer to noon. A similar, but smaller in magnitude, local maximum is observed on the dawn side near L = 4. The noon sector shows the smallest average electric fields, and for more active times, the enhancement develops near L = 7 rather than L = 4. 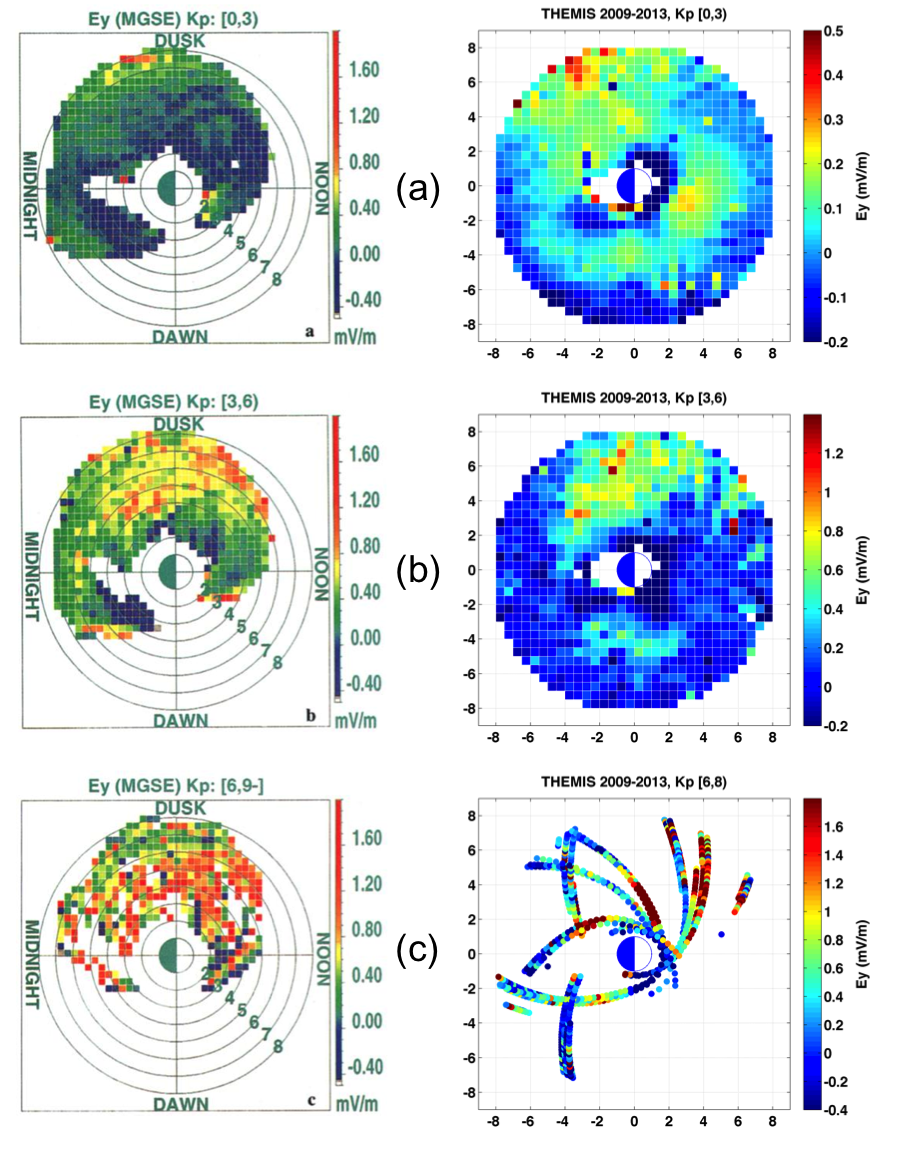