Fast convective transport in the plasma sheet is more prevalent in the premidnight (dusk) sector relative to postmidnight. Ionospheric convection exhibits related asymmetries – more flux typically circulates in the dusk cell than in the dawn cell, and the nightside convection pattern is rotated clockwise when viewed over the North Pole. We show, using global simulations of the solar wind–magnetosphere–ionosphere interaction, that the electrodynamic interaction between Earth’s magnetosphere and ionosphere produces asymmetries resembling observed distributions in plasmasheet flows and ionospheric convection (Figure, center panel). The primary causal agent in the simulations is a meridional gradient in ionospheric Hall conductance which, through Cowling polarization, regulates the distributions of i) electrical currents flowing within and between the ionosphere and magnetotail and ii) the nightside reconnection rate and resulting dawn-dusk distribution of plasma sheet fast flows. The asymmetry disappears in the simulation when the Hall conductance is taken to be uniform (left panel), and it reverses when the conductance is artificially depleted at auroral latitudes (right panel). The coupling between meridional currents and electric fields in the ionosphere and axial currents and electric fields in the plasmasheet is demonstrated by a simple model for non-ideal coupling of field-aligned currents flowing between the plasma sheet and the region of enhanced ionospheric conductance straddling the nightside convection throat. 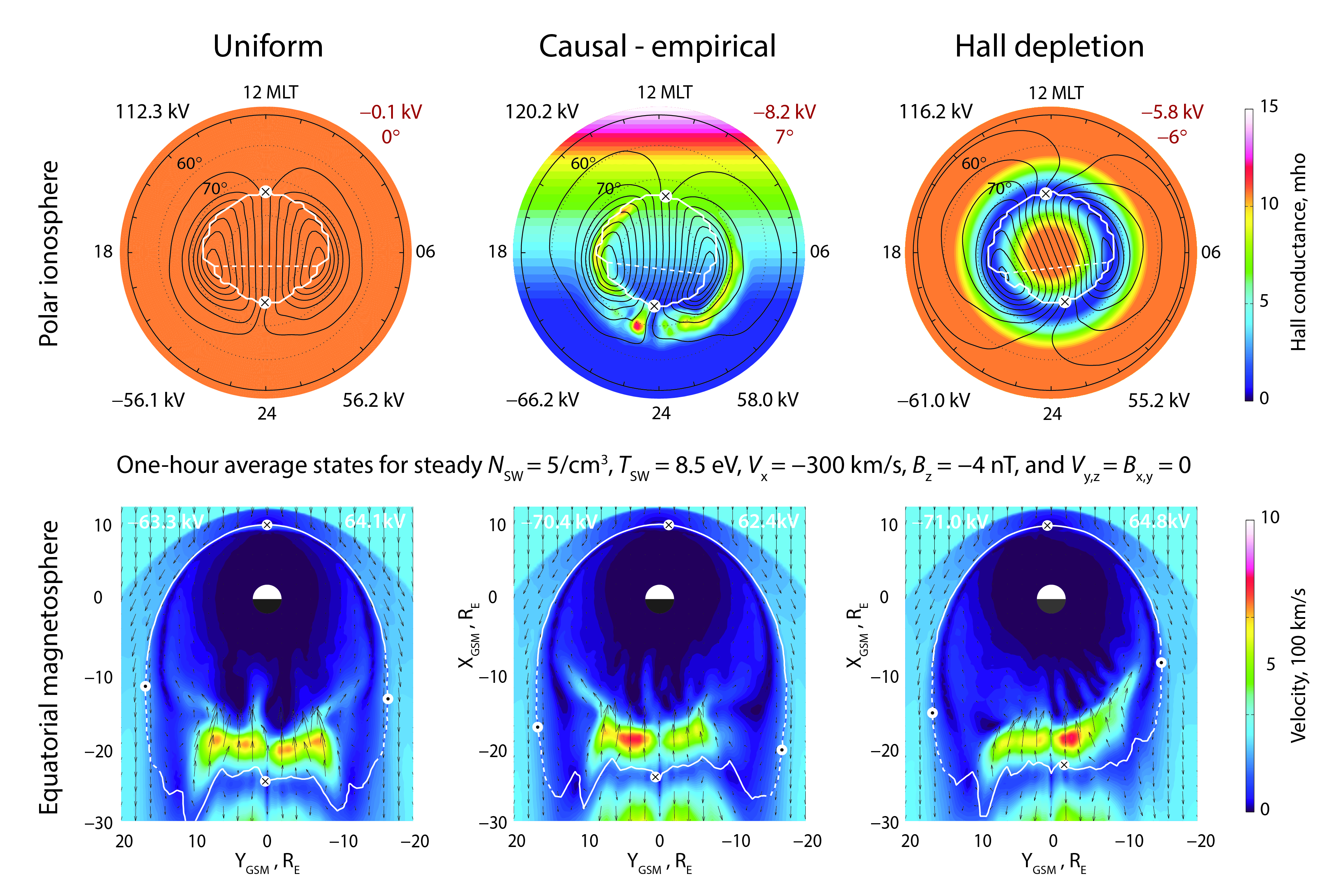