Effect of various areas (asperities or SMGA) in the source of a megathrust subduction zone earthquake on the simulated long-period ground motions is studied. For this case study we employed a source fault model proposed by HERP (2012) for future M9-class event in the Nankai trough. Velocity structure is 3-D JIVSM model developed for long-period ground motion simulations. The target site OSKH02 “Konohana” is located in center of the Osaka basin. Green's functions for large number of sub-sources (>1000) were calculated by FDM using the reciprocity approach. Depths, strike and dip angles of sub-sources are adjusted to the shape of upper boundary of the Philippine Sea plate. The target period range is 4-20sec. Strongly nonuniform distribution of peak amplitudes of Green's functions is observed (see Figure), and two areas have anomalously large amplitudes: (1) a large along-strike elongated area just south of Kii peninsula and (2) a similar area south of Kii peninsula but shifted toward the Nankai trough. Elongation of the first anomaly fits well 10-15km isolines of the depth distribution of the Philippine Sea plate, while target site is located in the direction perpendicular to these isolines. For this reason, preliminarily we suppose that plate shape may have critical effect on the simulated ground motions, via a cumulative effect of sub-source radiation patterns and specific strike and dip angle distributions. Analysis of the time delay of the peak arrivals at OKSH02 demonstrates that Green’s functions from the second anomaly, located in shallow part of plate boundary, are mostly composed of surface waves. 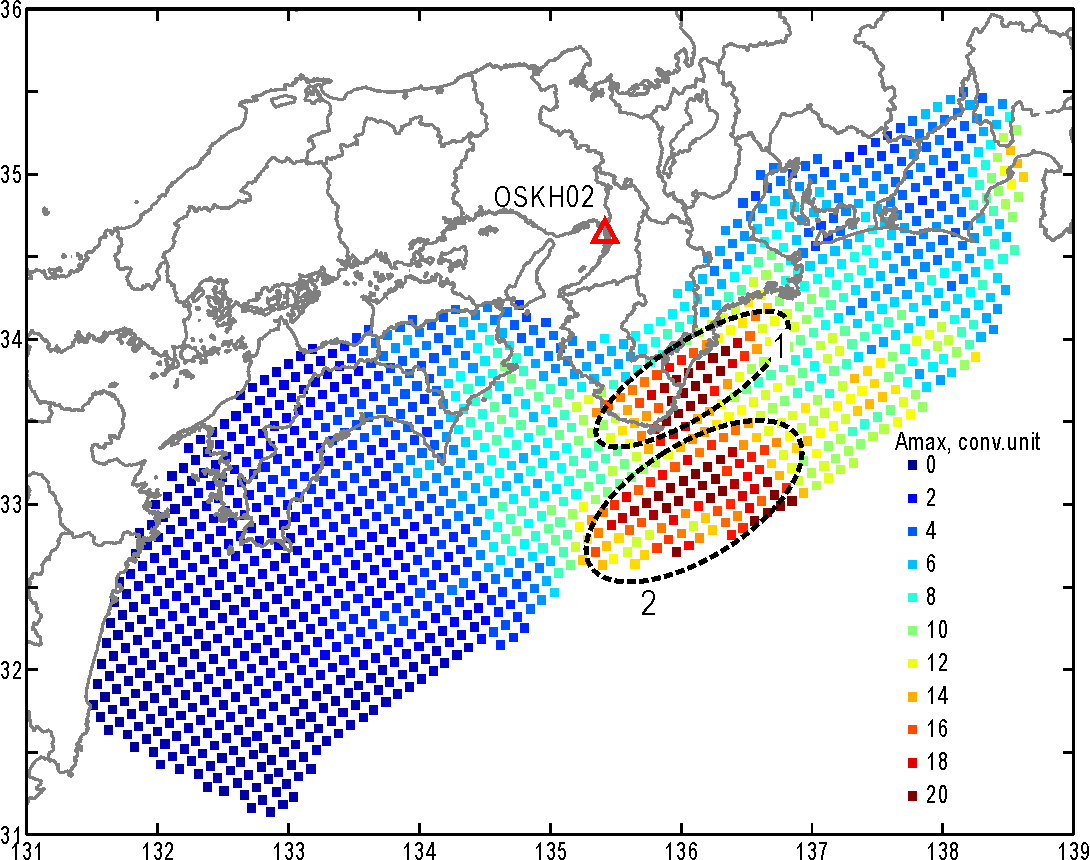