DI23A-4287:
A Uniform Shear-Wave Splitting Database for Africa and Arabia

Splitting of P-to-S converted phases at the core-mantle boundary (XKS, including SKS, PKS, and SKKS) is a very effective tool to measure seismic anisotropy, which is mostly caused by deformational processes in the Earth’s lithosphere and asthenosphere. Consequently, patterns of seismic anisotropy revealed by shear-wave splitting (SWS) measurements are widely used in constraining the strength and direction of mantle flow. However, the currently available SWS measurements were obtained by a large number of research groups using different methods, resulting in a heterogeneous database. Specifically, different data selection and ranking criteria were employed, which led to many controversial results. In addition, splitting parameters obtained by the majority of the previous studies were presented as station-averages, which prevent the identification of complex anisotropy. This presentation reports preliminary results from an ongoing study using all the broadband XKS data available at the IRIS Data Management Center recorded in Africa and Arabia. More than 360 stations located in the region were used to produce a uniform SWS database. A robust process to reliably assess and objectively rank XKS splitting parameters is used to produce these results [Liu and Gao, 2013, Making reliable shear-wave splitting measurements, BSSA, 2680-2693]. Manual screening is applied to ensure that no high quality events are ignored and no low quality results are selected. The result is a homogeneous database of individual rather than station-averaged splitting parameters that can be used by a variety of geoscientists for the understanding of the structure and dynamics of the Earth’s deep interior beneath the Africa and Arabia. The effort is still in progress and so far about 4455 high-quality measurements, including 2878 from SKS, 708 from PKS, and 869 from SKKS have been made. The ultimate goal is to establish a searchable and growing database for public access for Africa and Arabia. 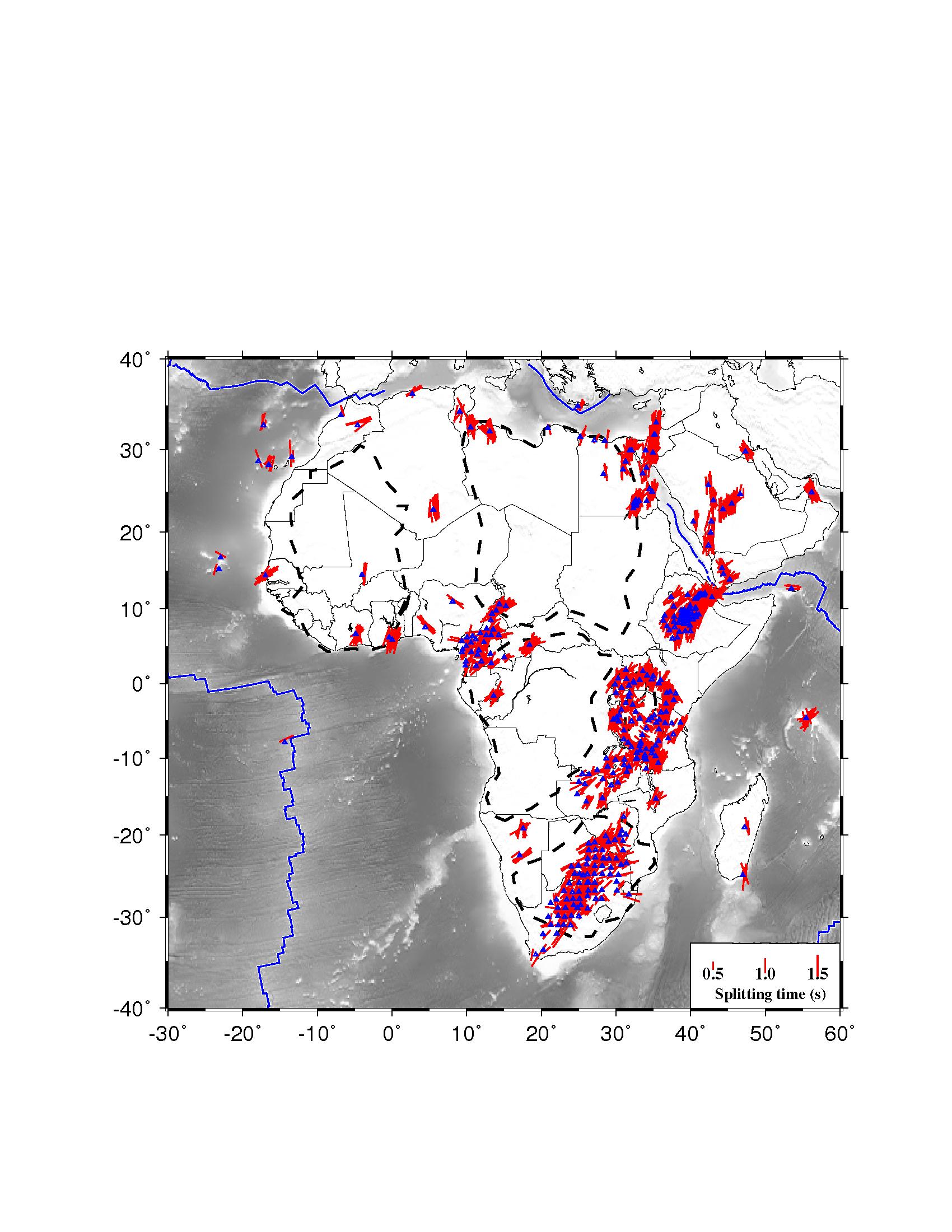