DI23A-4286:
Anisotropy in the lowermost mantle beneath the circum-Pacific: observations and modelling

The lowermost 300 km of mantle (D'') acts as the lower boundary layer to mantle convection. Numerous observations find that this layer is anisotropic, unlike the bulk of the lower mantle above, which is isotropic. The causal mechanism for this anisotropy remains elusive, though its organisation is likely to be imposed by deformation associated with mantle convection. The subduction of the Tethys ocean (since 180 Ma) is predicted to have deposited slab material in D'' in circum-Pacific regions, making these regions cold, encouraging the phase transformation in the MgSiO3 polymorph bridgmanite to a post-perovskite (ppv) structure. These regions are probably rich in ppv.

Here we present new observations of anisotropy from shear wave splitting of ScS phases recorded in the epicentral distance range 50-85 degrees. These observations are corrected for anisotropy in the upper mantle beneath source and receiver. Due to the layout of events and receivers we primarily sample D'' beneath the landward side of the circum-Pacific. A detailed pattern of anisotropy is revealed. Anisotropy predominantly leads to SH fast wave propagation with an inferred average strength of 0.9%. This is consistent with many previous observations. However, we do not limit our observations to the SH/SV system. Many observations show non SH/SV fast polarisation. We interpret these data for tilted transverse isotropy (TTI) style anisotropy. We resolve non-radial anisotropy at unprecedented global scale, in turn placing new constraints on the D'' flow field.

We test the ability of the flow model TX2008 (Simmons et al., 2009) to fit our observations. This is achieved by modelling the development of a lattice preferred orientation texture of a ppv layer subject to this flow field using a visco-plastic self consistent theory (Walker et al., 2011). Due to uncertainty in the slip system of ppv three candidate glide planes are trialled: (100)/{110}, (010), and (001). The seismic anisotropy of these models is probed using the full wave field simulation code SPECFEM3D_GLOBE (Tromp et al., 2008). Using these synthetic seismograms we assess the ability of flow model TX2008 (assuming a ppv D'') to explain our observations, and determine which slip system fits the data best. 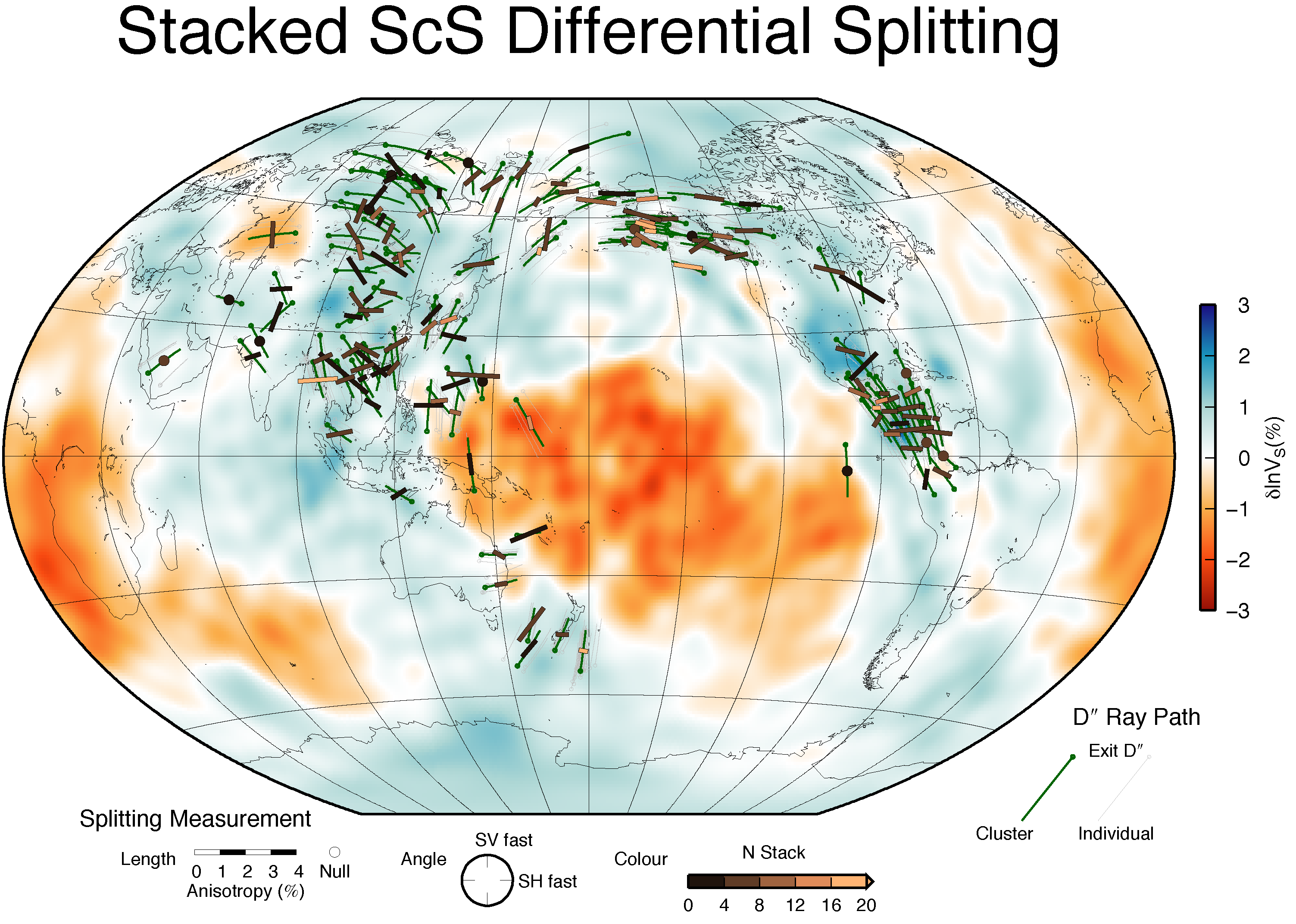