The use of microtremors to obtain shear wave velocity (Vs) profiles of the subsurface is becoming a widespread approach due to its various advantages. Noise measurements were carried out at four sites on Malta (Central Mediterranean). Array techniques were first tested in an area where a ≈45 m layer of soft Blue Clay (BC) overlies the harder limestone. Three array configurations (two arrays of 17 geophones in an L-shape and circle respectively and one 42 geophone array in an L-shape) were tested and processed using the f-k and two SPAC techniques: Modified and Extended SPAC. No significant difference was observed in the dispersion curve from the two short arrays despite having different shapes. However, a significant variation was observed between the dispersion curve from the long and short arrays in the low frequency part. A joint inversion, using two direct search methods, of the dispersion and the H/V curve was then used to obtain the Vs profile for the site, with most of the profiles being in agreement both in terms of velocity and depth.

A study was also conducted at three other sites on Malta where hard Upper Coralline Limestone (UCL) overlies the soft BC creating a velocity inversion in the soil profile. The shape of the effective dispersion curves obtained using ESAC show both an inverse dispersive trend and normal dispersion. This shape is tentatively explained in terms of the presence of higher mode Rayleigh waves. A Genetic Algorithm approach was then used to jointly invert the H/V and Rayleigh wave dispersion curve. It was observed that the BC velocity was higher when overlain by a large thickness of UCL. This could be linked to the effective pressure caused by the hard UCL, making the BC more compact, and having a higher velocity. The theoretical implications of a prominent low-velocity layer on site amplification and the interpretation of ambient noise data are investigated and discussed. 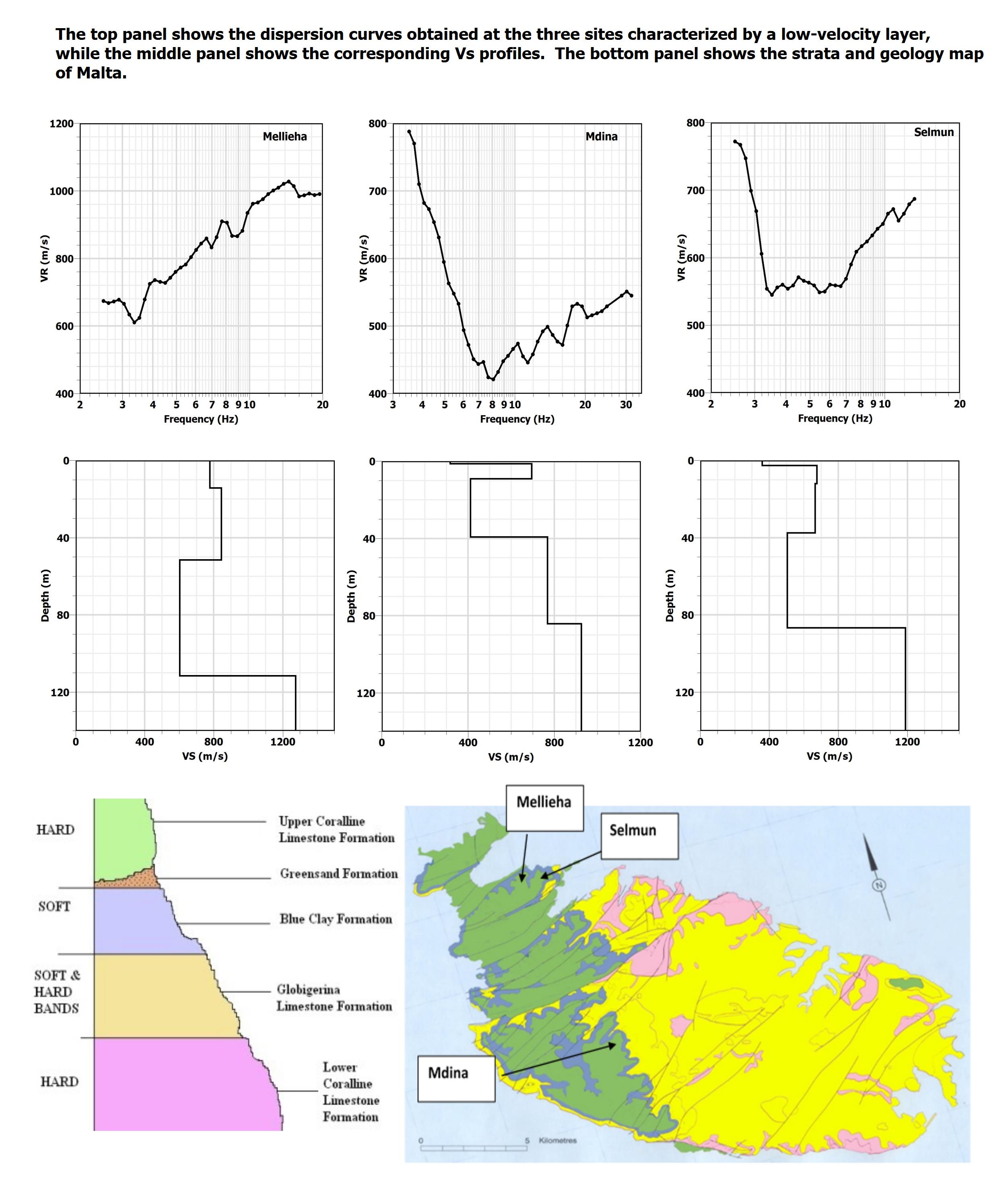