Understanding the snow cover distribution is important to improve the assessment of water resource and prediction of snow related disasters. The predominant elements of snow cover in mountain area depend on the horizontal precipitation gradients on a regional scale. Improvement of the estimation accuracy of snow depth in mountain area is important to the reproducibility of orographic precipitation. We adopt the altitudinal dependency of snow depth (ADSD) as the estimation accuracy index of horizontal precipitation gradients. The aim of this study is to clarify the main factors causing regional difference of ADSD using high-density surface observational data and numerical experiments. Additionally, we perform sensitivity experiments to investigate the orography effect on the regional difference of ADSD. The sensitivity experiment was performed under the condition in which the altitude of the specific single mountain at an altitude about 1000 m A. S. L. was eliminated and treated as a plain area. The 4.5km and 1.5km numerical experiments were carried out using WRF Version 3.4. We executed the simulation focusing on heavy snow winter seasons and light snow winter season. We mainly analyzed in 2005/2006 heavy snow winter season in coastal area of the Japan Sea. 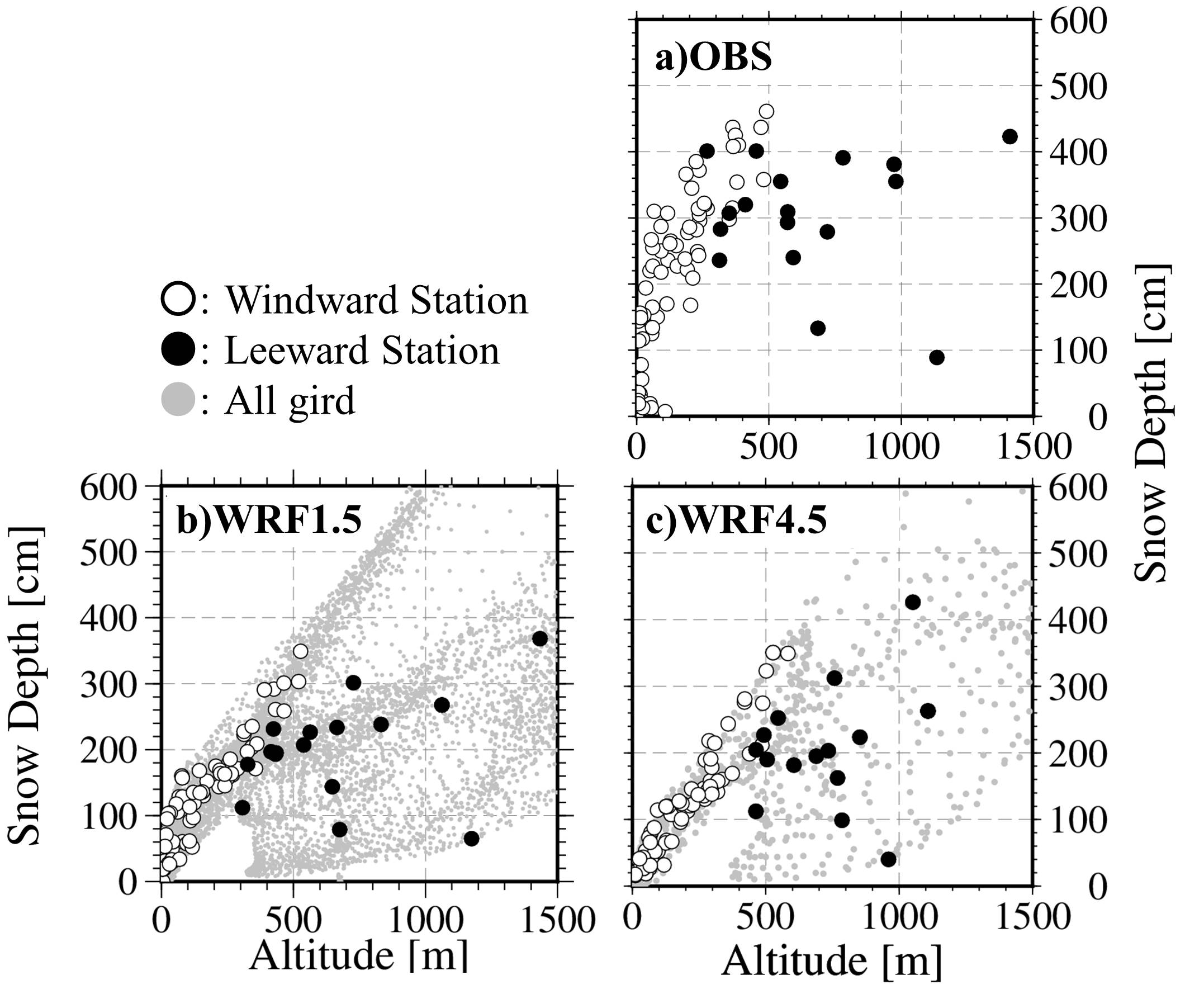