T43A-4703:
Feedbacks Between Surface Processes and Tectonics at Rifted Margins: a Numerical Approach

Mantle dynamics drives the rifting of the continents and consequent crustal processes shape the topography of the rifted margins. Surface processes modify the topography by eroding positive reliefs and sedimenting on the basins. This lateral displacement of masses implies a change in the loads during rifting, affecting the architecture of the resulting margins. Furthermore, thermal insulation due to sediments could potentially have an impact on the rheologies, which are proved to be one of the most influential parameters that control the deformation style at the continental margins. In order to understand the feedback between these processes we have developed a numerical geodynamic model based on MILAMIN. Our model consists of a 2D Lagrangian triangular mesh for which velocities, displacements, pressures and temperatures are calculated each time step. The model is visco-elastic and includes a free-surface stabilization algorithm, strain weakening and an erosion/sedimentation algorithm. Sediment loads and temperatures on the sediments are taken into account when solving velocities and temperatures for the whole model. Although surface processes are strongly three-dimensional, we have chosen to study a 2D section parallel to the extension as a first approach. Results show that where sedimentation occurs strain further localizes. This is due to the extra load of the sediments exerting a gravitational force over the topography. We also observed angular unconformities on the sediments due to the rotation of crustal blocks associated with normal faults. In order to illustrate the feedbacks between surface and inner processes we will show a series of models calculated with different rheologies and extension velocities, with and without erosion/sedimentation. We will then discuss to which extent thermal insulation due to sedimentation and increased stresses due to sediment loading affect the geometry and distribution of faulting, the rheology of the lower crust and consequently margin architecture. 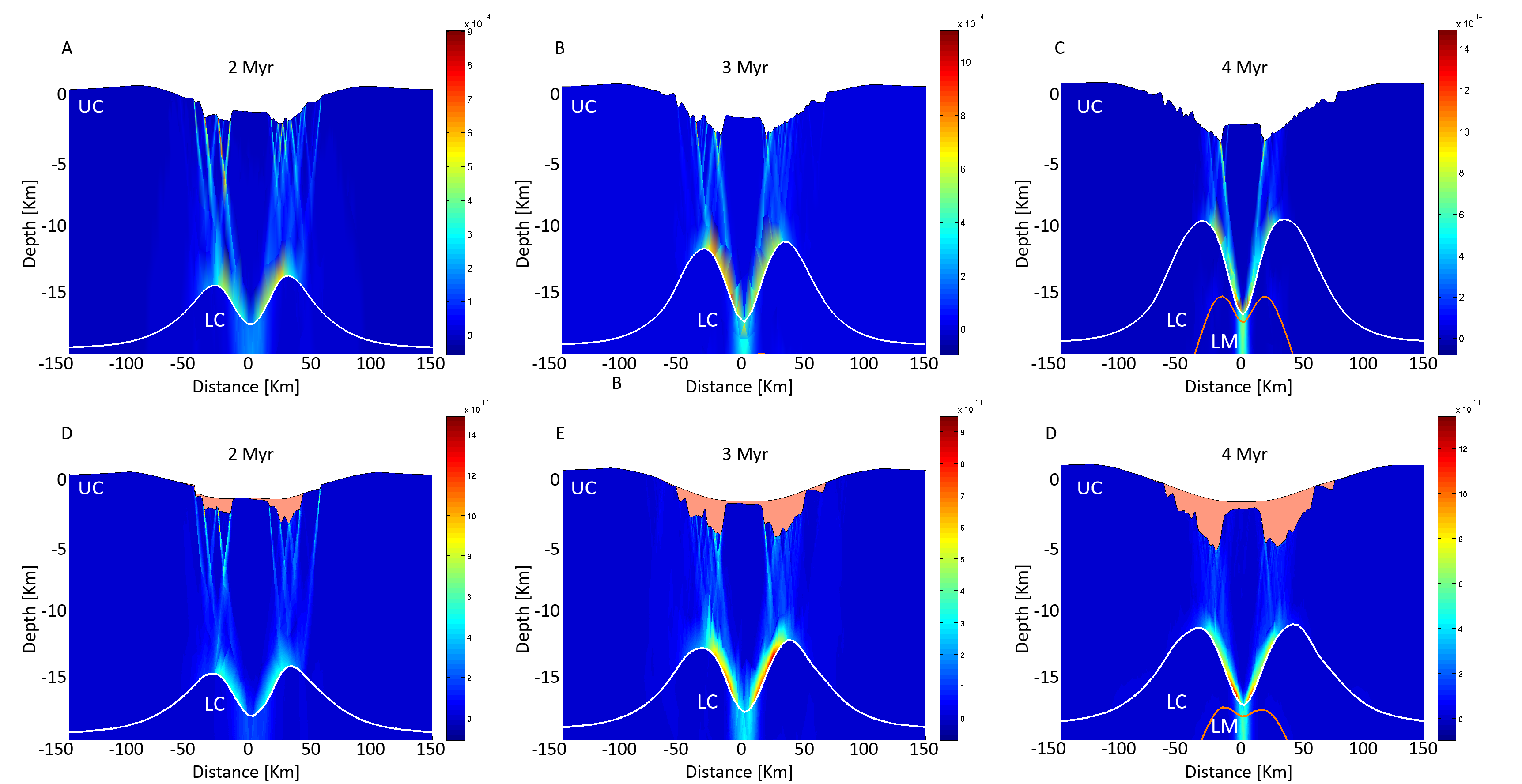