The ultraviolet Jovian aurora is produced by the interaction between the H2 atmosphere and precipitating electrons.
Between 1200 and 1700 Å (FUV), the emission is dominated by the H Lyman-α line and H2 vibronic lines from the Lyman and Werner bands.
The short wavelength portion of the FUV signal is attenuated by the hydrocarbon layer while the longer wavelength spectral window is free of absorption.
This wavelength-dependent absorption is measured by the color ratio CR=I(1550-1620Å)/I(1230-1300 Å), which allows deriving the altitude of the aurora relative to the hydrocarbon homopause and thus the energy of the primary electrons creating the aurora.

This CR method is applied to the two observations included in the HST/STIS GO12883 program, where the STIS slit in the spectral mode scans the north polar region in the time-tag mode.
This technique provides spatially-resolved measurements of the CR for the entire polar region and is used to map the energy of the precipitating electrons.

Results show that the spatial distribution of the electron energy is far from uniform. The morning main oval arc shows energies around 200 keV, the main oval in the kink region has energies near 100 keV, while the 'flare' emissions poleward of the main oval are characterized by electrons in the 50-75 keV range. The Io and Ganymede footprints are also visible in these observations. The Io spectrum shows a very weak attenuation while the Ganymede spectrum shows a significant hydrocarbon absorption. These footprints need a specific model to derive the primary electron energy associated with their emission.

This anisotropy in the properties of the auroral electrons is a key point for the understanding of the acceleration processes responsible for the aurora, and an important constraint for all ionosphere-magnetosphere coupling models under development.

a & b labels on the figure correspond to the observed brightness and mean energy for 2 observations, respectively. 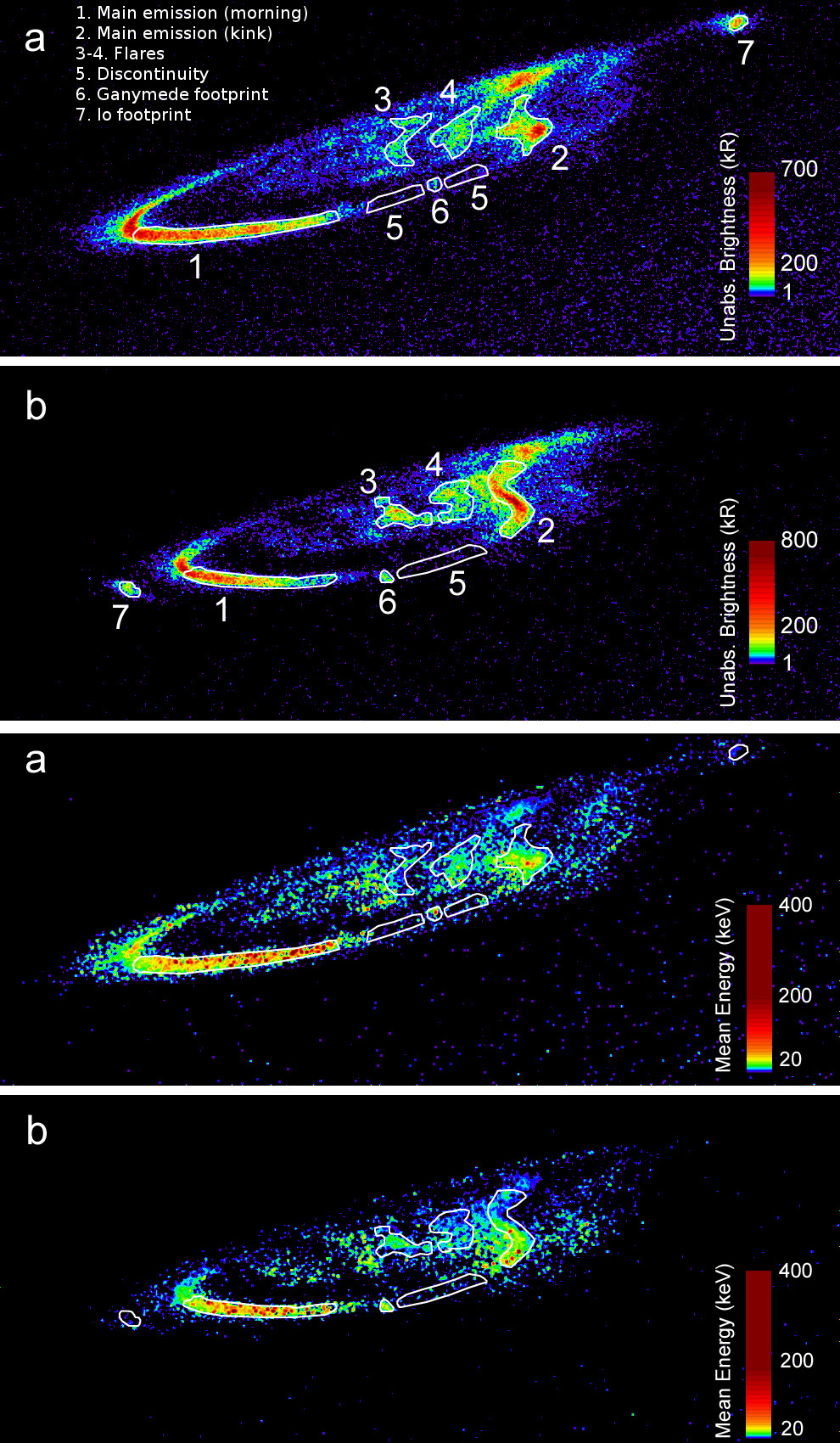