The removal of aerosol sized particles by dry forested canopies continues to receive considerable research interest owing to a number of bio-ecological and industrial applications. This removal is generically represented in large-scale meteorological models by a dry deposition velocity Vd defined as the total flux F normalized by the mean concentration C and assumed to vary with the friction velocity. This variation is based on uniform turbulent boundary layers where the vegetation are treated as rough elements and deposition on elements is assumed to occur through a laminar region pinned to the elements. Spatial heterogeneity in the canopy such as the presence of edges and gaps complicates the usage of such representation. Moreover, most forested ecosystems are situated on complex topography further altering the spatial deposition patterns from its flat-terrain counterpart. These problems pose challenges to forecasting dry deposition in climate and large-scale air pollution models. A numerical scheme using a first order turbulent closure model has been formulated to capture the bulk flow patterns within and above vegetation canopies covering complex terrain with a marked heterogeneity such as edges and gaps. Subsequently the deposition pattern of the aerosol sized particles has been studied in terms of spatial patterns of C, Vd and the vertical scalar flux Fc using a turbulent scalar budget. The biases generated in C, Vd and Fc have been discussed relative to both their flat uniformly vegetated terrain (e.g. see fig for coarse mode) and fully vegetation-covered hill counterparts. The effects of different particle sizes are also explored. The biases induced in C, Vd and Fc and consequent variations in deposition patterns due to different modes of deposition such as Nucleation mode (1 to 10 nm), Aitken-mode (10 to 100 nm), Accumulation-mode (100 nm and 1000 nm) and Coarse-mode (1 to 10 micro-m) are subsequently discussed. 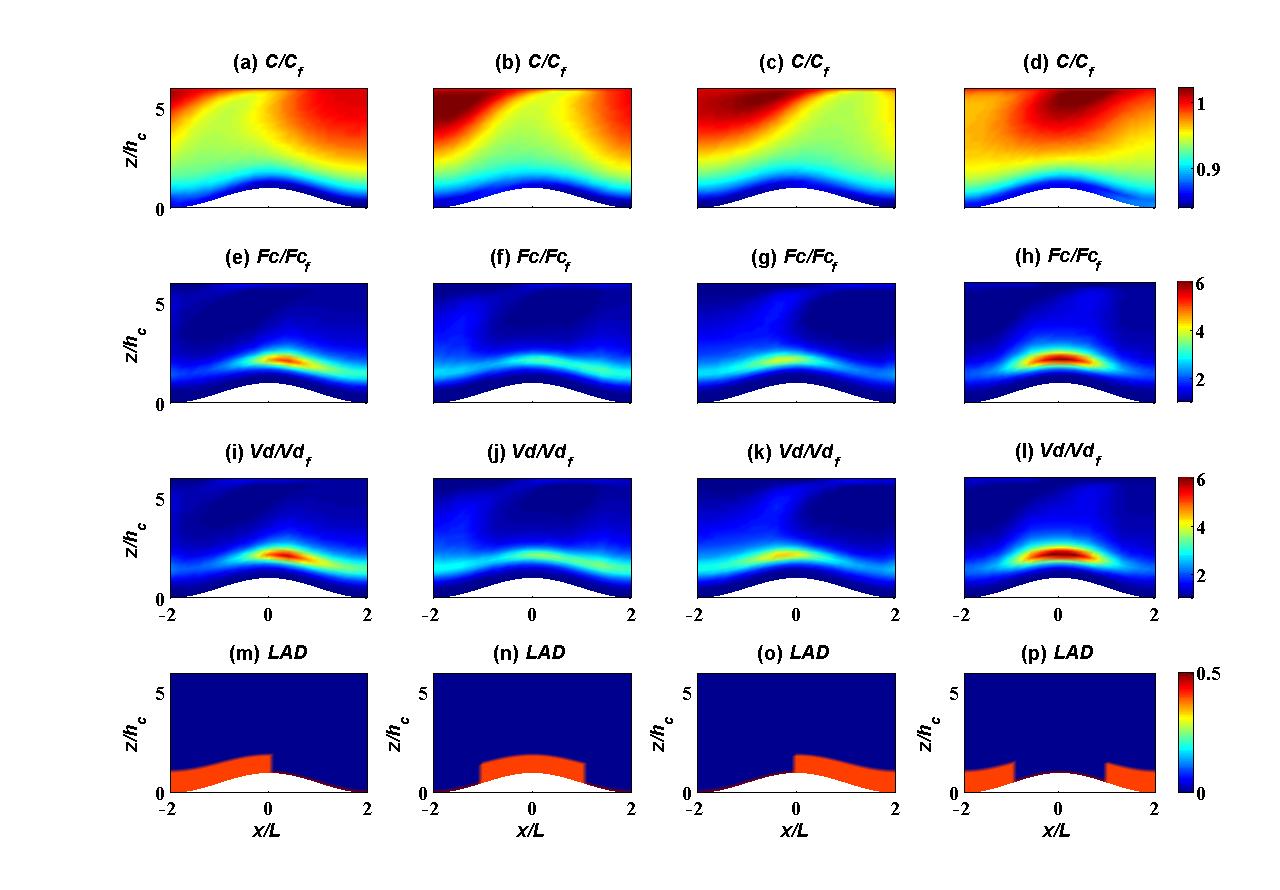