Biomass burning emissions are an important source of a wide range of trace gases and particles that can impact local, regional and global air quality, climate forcing, biogeochemical cycles and human health. In the western US, wildfires dominate over prescribed fires, contributing to atmospheric trace gas budgets and regional and local air pollution. Limited sampling of emissions from wildfires means western US emission estimates rely largely on data from prescribed fires, which may not be a suitable proxy for wildfire emissions.

We report here in-situ measurements of carbon dioxide, methane, ozone and water vapor from the plumes of a variety of wildfires sampled in California in the fire seasons of 2013 and 2014. Included in the analysis are the Rim Fire (August – October 2013, near Yosemite National Park), the Morgan Fire (September 2013, near Clayton, CA), and the El Portal Fire (July – August 2014, in Yosemite National Park), among others. When possible, fires were sampled on multiple days.

Emission ratios and estimated emission factors will be presented and discussed in the context of fuel composition, plume structure, and fire phase. Correlations of plume chemical composition to MODIS/VIIRS Fire Radiative Power (FRP) and other remote sensing information will be explored. Furthermore, the role of plumes in delivery of enhanced ozone concentrations to downwind municipalities will be discussed. 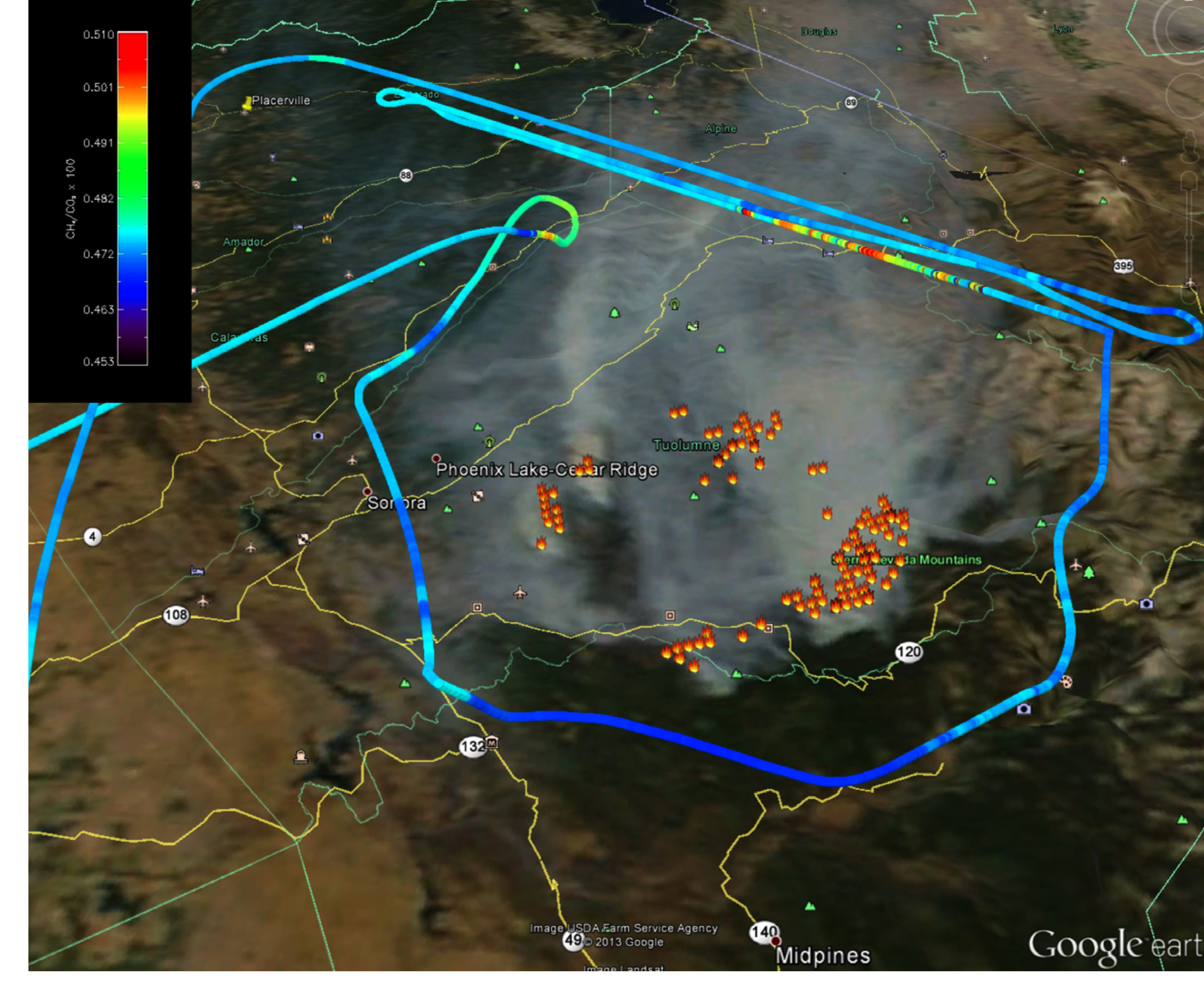