A24B-07:
Airborne Measurements of Scattering and Absorption Coefficients in the Planetary Boundary Layer above the Po Valley, Italy, during the PEGASOS Campaigns

Aerosol particles influence the Earth’s radiation budget by interacting with the incoming sunlight. The chemical composition and size of aerosol particles determine their potential to scatter and absorb radiation as well as their capability to take up water (Zieger et al., 2011). If particles are hygroscopic their optical properties will be altered at enhanced relative humidities (RH) due to the increase in size and change in index of refraction. It is known that RH but also the chemical composition of aerosols change with altitude (Morgan et al., 2010) which makes it very important to investigate optical properties at different heights. Within the Pan-European Gas-Aerosols-climate interaction Study (PEGASOS) a set of instruments was installed on a Zeppelin to investigate changes of light scattering and absorption in the planetary boundary layer. In order to obtain the scattering properties, Mie calculations were performed for size distributions recorded with SMPS (scanning mobility particle sizer) and WELAS (optical size spectrometer). The index of refraction and the hygroscopicity of the aerosol particles were measured with the white-light humidified optical particle spectrometer (WHOPS). These measurements further allowed studying the RH-dependence of the optical properties. Moreover, a seven wavelength portable aethalometer was employed to determine the light absorption properties of the aerosol. In this work we will present vertical profiles of scattering and absorption coefficients measured during Zeppelin flights of the PEGASOS campaigns in Italy in 2012. Additionally comparisons with ground based measurements from nephelometers and aethalometers, as well as remote sensing results will be shown. 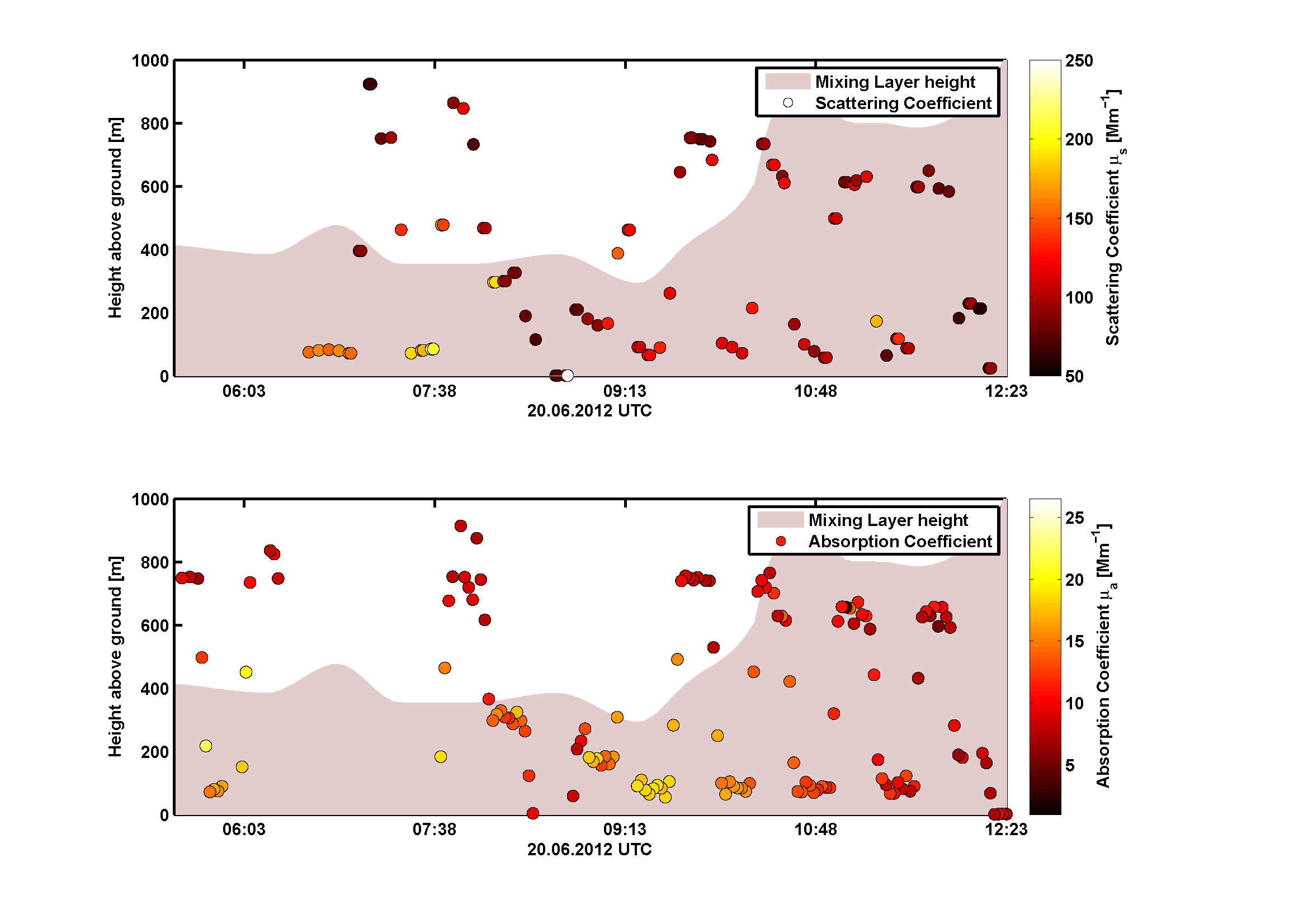