G31A-0396:
Contemporary Deformation of the Taipei Region in Northern Taiwan from GPS and InSAR Measurements

Despite two large historical earthquakes documented in 1694 and 1909 near the Taipei area of northern Taiwan, relatively low seismicity has been recorded instrumentally since 1973, with the largest event being magnitude 5.1 in 1988 beneath the Tatun volcano group. Low spatial correlation of seismic activity with the three known Pliocene-Pleistocene faults across the area, all trended NE-SW (Fig. 1), suggests that the relation between preset interseismic stress accumulation and the active faults of the Taipei area should be analyzed to provide independent information for seismic hazard evaluation other than the previous paleoseismic researches. With GPS data from 29 continuous stations observed from 2006 to 2013 and 83 campaign GPS sites surveyed since 2002 in the Taipei region, we employed the GAMIT/GLOBK software to calculate the time series of station positions under the ITRF2005 reference frame and therefore to estimate the regional velocity field. The influences of earthquakes and changing instruments have been evaluated and removed, and we also reduced the common-mode errors by using a spatial filtering technique to reduce the scattering effect in the time series. Our results show that the velocity field is about 2.1 ~ 5.1 mm/yr, in azimuths between 5 and 75 degrees, relative to the Paisha GPS site (S01R) at Panghu that has been considered as a stable continental margin station. Our plane strain analysis revealed a substantial NW-SE extension strain rate of about 0.2 mstrain/yr in an area of ~40-km wide across the Sanchiao fault and the Taipei basin. Similar to, our GPS data also revealed vertical deformation in the northern Taiwan consistent with the Permanent Scatter Interferometric Synthetic Aperture Radar (PSInSAR) measurements, which revealed (1) a slight uplift in the Western Foothills, the Tatun volcano group, and the Linkou Tableland; (2) the subsidence around the border of the Taipei Basin. 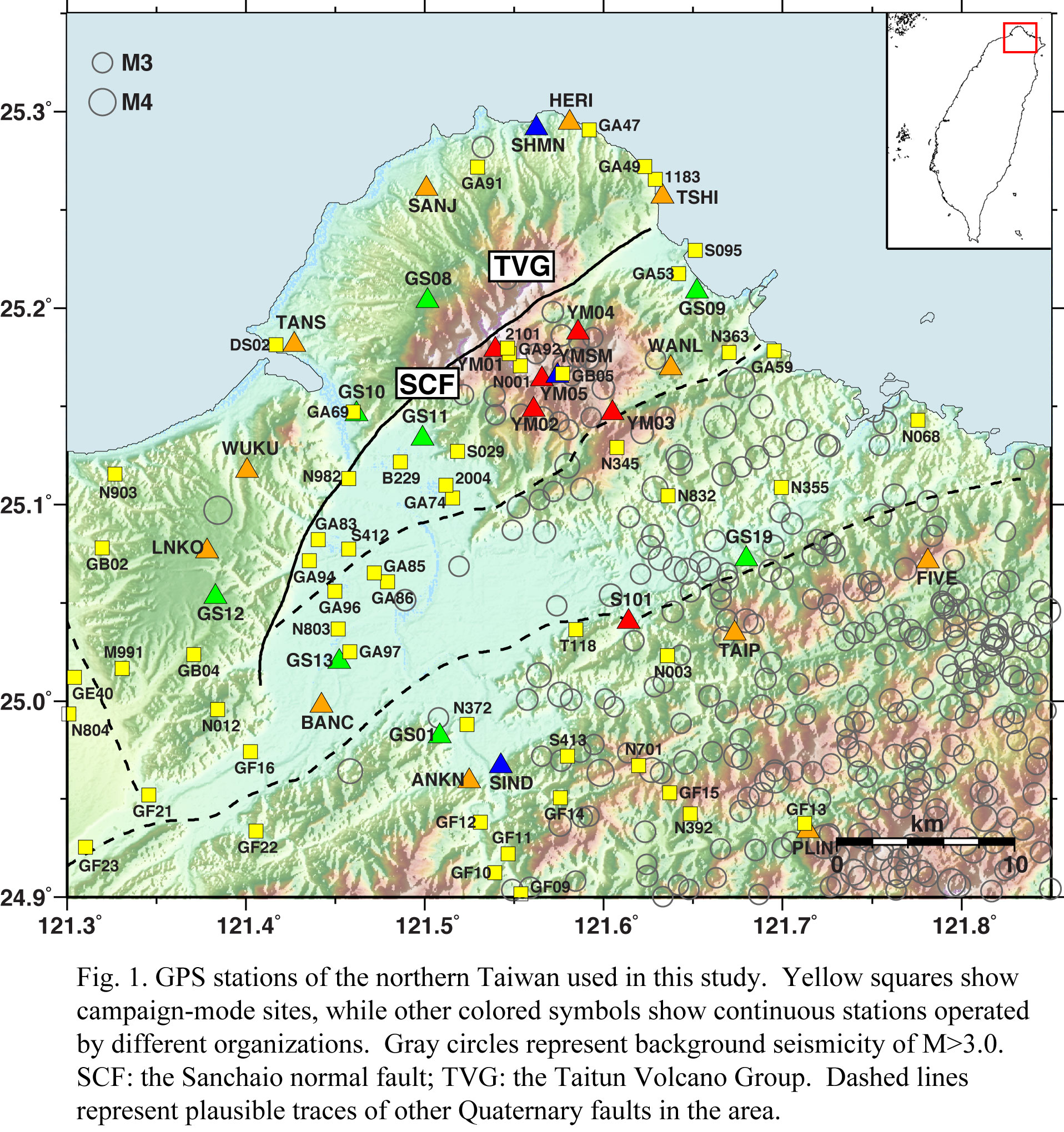