As a consequence of gravitational coupling with their orbital partners, the rotational dynamics of planets and moons exhibits periodic variations in time, such as precession, libration and nutation. Moreover, most planets are subject to tidal forces, which in combination with the planet's rotation, result in a departure from a purely spherically symmetric object. In this theoretical-numerical study, we investigate the flows driven by latitudinal libration (i.e. an oscillation of the figure axis with respect to the mean rotation axis) within liquid cores of triaxial ellipsoidal shape.

We first derive a uniform-vorticity solution for the equations of motion, and find that it can resonate with the spin-over inertial mode. Using a reduced model of viscosity (J. Noir and D. Cébron, J. Fluid Mech., vol. 737 (2013)), we deduce that the amplitude of the flow at resonance diverges as the inverse square-root of the Ekman number. Our results are consistent with previous studies in a spheroidal geometry (K. Zhang et al., J. Fluid Mech., vol. 696 (2012)).

In a following step, we address the dynamical stability of this uniform-vorticity flow. We show that it is prone to inertial instabilities arising from a parametric resonance between two free inertial modes and the base flow. We also show that the vigor of the instability is governed by the frequency and two parameters that capture the dependence on the libration amplitude and geometry.

The resonant nature of these phenomena suggests that libration in latitude, despite its small amplitude, may drive strong flows within planetary cores with possibly major implications for heat transport, dissipation and magnetic field generation/induction. This is discussed at planetary settings for the cores of the Moon, Io and Mercury, and the ancient lunar core. 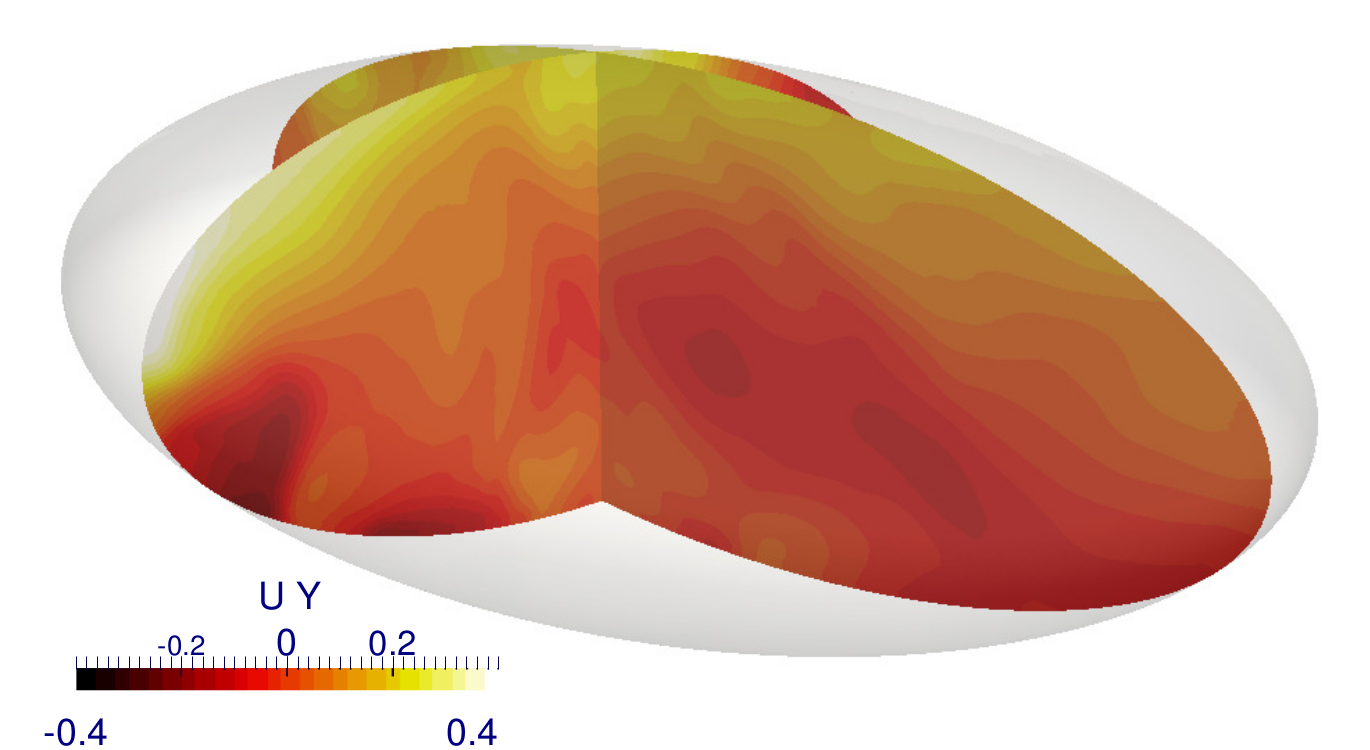