Traditionally, the system of fluid equations governing core flow dynamics are solved in a numerically uncoupled manner. In practice, this forces fully spectral simulations based on Chebyshev series, Fourier series and spherical harmonics to treat all terms explicitly, with the exception of diffusion. The Coriolis force, for instance, is often treated explicitly and leads to severe time-stepping restrictions. For stability, accuracy and performance reasons, it is preferable to treat all linear terms in the system implicitly; however, this leads to a numerically coupled system of equations that needs to be solved at each timestep. A naive implementation would lead to a discretized system of the form A x = b that is too dense to be solved in an efficient manner (Fig. 1a). We present an alternative approach rendering all A matrices sparse, thus allowing the coupled system to be solved efficiently (Fig. 1b). Our approch has been successfully employed on a range of linear and non-linear problems in Cartesian, spherical and cylindrical geometries (Fig. 2,3). 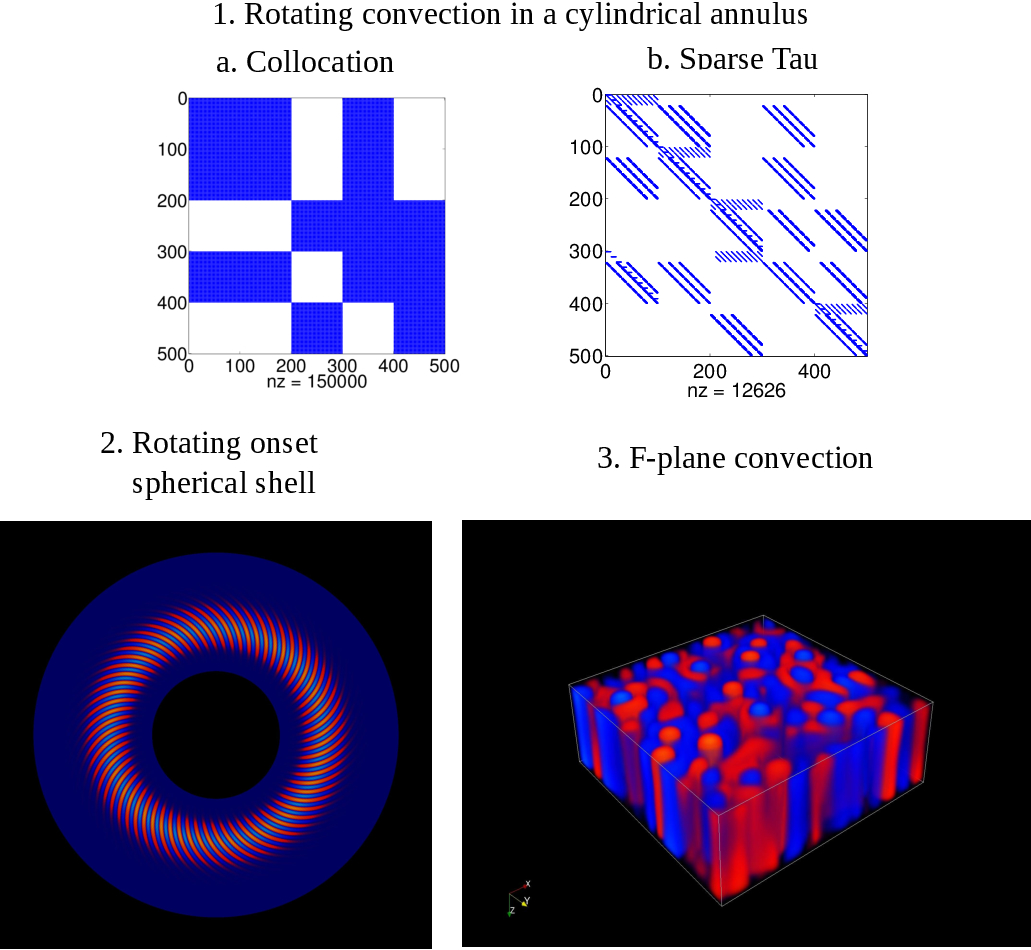